Georgia Public Defender Council attorney Kenneth Sheppard told the judge his organization would only represent Timothy McMichael, since “he is the defendant among the three who had possibly the most evidence against him and be the most difficult on appeal.” It would be a conflict of interest to represent the other two, he added. Following the hearing, the judge declined to issue an order, but told Sheppard, “I would expect by the next time that we convene that this issue has been addressed.”

Officials say they cannot afford to appoint attorneys for Greg McMichael and Roddie Bryan, who have been declared indigent. 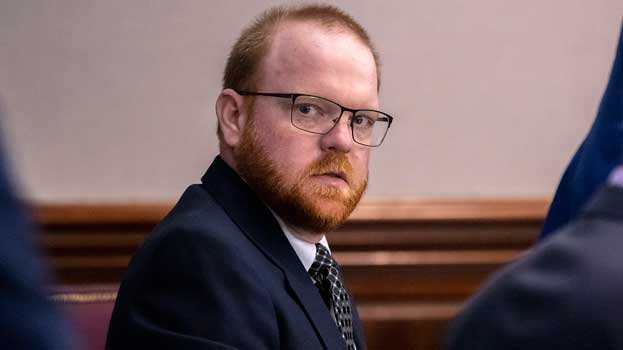 It’s technically possible for defendants to represent themselves in court. However, that’s like the Atlanta Falcons taking on the Marietta Middle School Blue Devils. The contest would be unimaginably one-sided. So, effective legal counsel is an absolute must-have.

Should I hire my own lawyer or go with the public defender? That’s the question that haunts many defendants.

Sometimes, this choice is unavailable. The Sixth Amendment guarantees the right to counsel to indigent defendants. Courts define “indigent” in different ways.

For some judges, the defendant’s oral assertion that s/he cannot afford a lawyer is good enough. These judges either give defendants more time to hire a lawyer or make appointed counsel or a public defender available. Other judges may require defendants to submit affidavits detailing their monthly income and expenses. Almost no judges require criminal defendants to submit tax returns, W-2s, or other financial documents.

Other judges use pretrial release as a measuring rod. If the defendant made bail, the defendant can afford a lawyer, as far as these judges are concerned. That belief may be right or wrong, but it’s what they believe. So, only incarcerated defendants are eligible for free lawyers.

A few years ago, the New York Times profiled a Louisiana public defender who was solely responsible for one-hundred ninety four felony cases. That’s a much larger caseload than any lawyer should handle. But such examples are few and far between. Most public defenders and court-appointed lawyers are capable attorneys who defend their clients very well.

The major drawback of a public sector lawyer is that the defendant has no choice in the matter. The judge randomly assigns someone. The assigned lawyer may have little or no experience.

A private practice Marietta criminal defense attorney is the best way to go. Defendants choose their own lawyers, based on the attorney’s experience, fees, commitment level, and a few other factors. However, if you must go with a public interest lawyer, that’s not the worst thing in the world.

This blog will contain nothing about Ahmaud Arbery or his killing. The facts of the case are normally irrelevant in criminal appeals. Instead, a Marietta criminal defense attorney must prove that a serious defect at the trial, or the time between the defendant’s arrest and his/her trial, affected the outcome. That’s a tough mountain to climb. Courts have almost universally ruled that a defendant is entitled to a fair, not a perfect, trial. Georgia courts basically recognize four possible successful grounds for appeal.

Evidence exchange is practically non-existent in many misdemeanors. For example, many local jurisdictions have closed file policies in DUI cases. A Marietta criminal defense attorney can’t even see the police report. Only public charging instruments, like the information and complaint, are available.

Apropos of nothing, that’s why the Administrative License Revocation hearing is so important in many DUI cases. An ALR hearing might be an attorney’s only opportunity to cross-examine the arresting officer under oath and otherwise conduct discovery.

Felonies are different. Prosecutors not only have a responsibility to make all their evidence available for inspection. They also have a duty to provide this evidence soon enough to give Marietta criminal defense attorneys an opportunity to prepare their responses to it.

In Georgia, there are two types of criminal jury challenges: the challenge for cause and the peremptory challenge.

A challenge for cause could be a relationship with someone involved in the case or an inability to consider the full range of punishment, like probation or the death penalty in a murder case. A peremptory challenge is a discretionary challenge. The lawyer doesn’t like the juror’s attitude for some reason.

This area is a bit squishy as well. Lawyers must usually stick to the law during their arguments. They cannot appeal to emotions, make racial arguments, or otherwise go beyond the pale. Once again, the improper argument must have been good enough to sway jurors and affect the outcome.

On a related note, the judge could make the wrong ruling, perhaps on an objection to evidence. If the bad ruling affected the outcome, the defendant is probably entitled to a new trial.

Finally, the judge might give jurors the wrong instructions. The definition of “reasonable doubt” is a good example. Judges cannot freelance this definition. They must stick to the statutory language, even if that language confuses jurors. A faulty reasonable doubt instruction almost always affects the outcome. Other faulty instructions may not carry that much weight.