The landmark 1993 Supreme Court decision Daubert vs. Merrell Dow Pharmaceuticals was technically a civil case that pertained to expert witnesses. However, this case also has broad implications for criminal cases. This ruling makes a judge the gatekeeper regarding scientific evidence. Basically, the judge, and the judge alone, decides if scientific evidence is reliable enough for jurors to consider. Daubert includes some factors to consider, such as the evidence relevance to the task at hand, whatever that means, and the evidence’s relationship to the scientific method.

Scientific and forensic evidence has an outsized effect on most jurors who grew up watching CSI, NCIS, Cold Case Files, that show which featured a female mortician, and the list goes on. Many jurors assume that if a doctor endorses the evidence, it must be reliable.

So, if prosecutors try to use forensic evidence, a Marietta criminal defense lawyer must work very hard to exclude it, or at least limit it. As outlined below, that’s usually possible, since no scientific test is perfect. If an attorney can exclude scientific evidence, or at least partially discredit it, it’s much easier to successfully resolve a sex crime or other criminal case.

Frequently, it’s best to fight fire with fire. If prosecutors summon a witness to the stand who rambles on and on about a test’s reliability, a Marietta criminal defense attorney should have the opportunity to present the opposite evidence. Frequently, lawyers partner with local university graduate students. That’s especially true if the prosecutor’s expert is a police-trained technician. Students often have strong feelings about a test’s unreliability. This passion makes them very effective witnesses, particularly when compared to police-trained technicians who basically read manuals into the record.

As mentioned, the defendant need not completely discredit test results. Instead, the defendant must only create a reasonable doubt and debunk the myth that the CSI test is just as accurate as it is on TV. You’ve probably noticed that, on these shows, the scientific evidence usually leads directly to the culprit. All of us, Marietta criminal defense lawyers included, like to see the cops get their man, at least on TV. 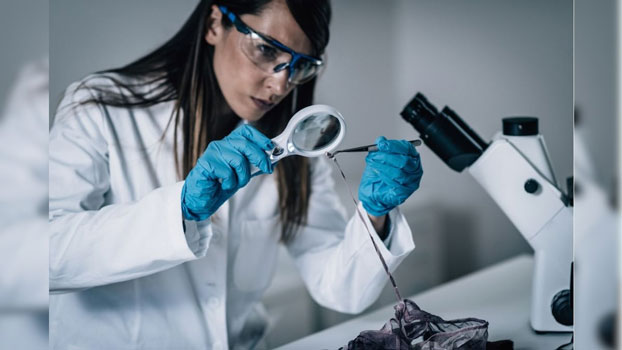 DNA, fingerprints, and most ballistics tests are usually quite reliable. We should say the results are reliable. The tests themselves are a different matter.

Identical twins have the same DNA. Everyone else has unique DNA. Significantly, DNA connects a defendant to a particular place. However, the scientific evidence doesn’t prove what the defendant did there. For example, DNA in a sex crime case scientifically proves two people had sex. It might even prove they had rough sex. However, it doesn’t prove they had unconsented sex.

DNA evidence is a relatively recent thing. Fingerprints, however, go way back. The FBI used fingerprints to track down Martin Luther King Jr. assassin James Earl Ray. Conspiracy theorists, including members of King’s family, have questioned Ray’s role in the killing. But that’s the subject of another blog. For the moment, we’re concerned with the fingerprints that investigators found on the rifle which fired the fatal shot. Back then, someone had to visually compare the prints on the gun with prints on file. Nowadays, computers handle this chore. Computers, provided they are working properly, can also use partial or latent prints as a baseline.

Ballistic analysis goes back even earlier, to 1835. Back then, analyzing bullets and matching them to a gun was a very inexact science. It’s not much more exact today. More on that below.

All these tests have lots of moving parts. For example, a bullet usually goes from the crime scene to an evidence locker to a lab to another evidence locker to a courtroom. Any error at any point, such as a simple failure to log the evidence, could be enough to undermine the credibility of the results.

Some scientific evidence has been effectively debunked or at least greatly discredited. However, prosecutors continue to use this evidence. Some examples include:

Frequently, investigators use debunked scientific tests to pressure suspects to confess. Unless the suspect has a Marietta criminal defense lawyer who’s completely up to date in this area, this tactic usually works.

Pretty much all other forensic evidence, like bullet striations (markings), gunshot residue, voice identification, hair and skin evidence, voice recognition, tire prints, and autopsy reports, are somewhere in between these two extremes. Generally, judges allow prosecutors to use this evidence, and judges also give defense attorneys free reign to debunk the results. As outlined above, it’s also possible to discredit the test or the methods used.

There’s a difference between a criminal charge and a criminal conviction. For a free consultation with an experienced Marietta criminal defense lawyer, contact The Phillips Law Firm, LLC. Convenient payment plans are available.