Your Marietta, GA Attorney can help you obtain the most favorable outcome in your misdemeanor or felony drug case. He may also advocate on your behalf for an alternative sentencing structure wherein you are able to obtain rehabilitation for an underlying substance abuse problem. By working with Attorney Dean Phillips through the drug defense process, you are taking the guesswork out of the prosecution’s next move and are gaining greater control over the outcome of your case.

Drug possession crimes generally fall into two categories: possession for personal use and possession with intent to distribute. The former likely carries a lower penalty, and the distinction between the two crimes is often a source of contention between prosecutors and drug defense attorneys. The criminal code contains guidelines for determining whether the accused had the intent to distribute the drugs in his possession or was merely transporting the contraband for personal use. Factors considered include:

If you are facing charges relating to the cultivation of marijuana or the manufacture of illegal drugs, then you will need Attorney Dean Phillips aggressively representing you because of the severity of the potential consequences. Law enforcement often circumvents the bounds of constitutional criminal procedure when engaging in the surveillance of alleged manufacture or grow operations. For this reason, there is a possibility you could have these charges dismissed altogether if your attorney can successfully argue for the suppression of drugs seized as a result of unlawful surveillance. 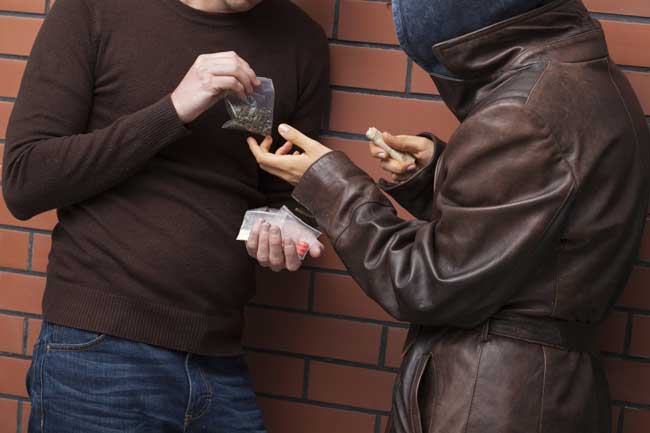 Trafficking activity often crosses state or national lines and could result in the involvement of federal authorities in your drug crimes case. If you are facing both state and federal drug trafficking allegations, Attorney Dean Phillips may begin by arguing that only one prosecution is necessary. He will also represent your rights to a reasonable bond as judges overseeing drug trafficking cases routinely post bonds in excess of $250,000.00.

If you are caught engaging in drug sales, you could face serious felony penalties depending on the amount and type of drugs sold. There are also sentencing enhancements for drug sales within a certain distance of a playground, school or daycare. Regardless of the nature or extenuating circumstances of your drug sales charge, Attorney Dean Phillips will advocate for a reduction or dismissal of charges – particularly if this is your first offense or you are engaged in the sale of small quantities of drugs.

The Drug Enforcement Agency (DEA) classifies drugs into five categories called schedules based on a drug’s rate of abuse, degree of dependency, and medicinal use. These are the categories with a few examples:

Schedule I – no current medicinal purpose and high likelihood of abuse

Schedule II – high likelihood of abuse and possibility of dependence

The following are just examples of punishments that can be levied by offenders. More penalties are listed in Titles 16 and 17 of the O.C.G.A.

Let Attorney Dean Phillips determine if you’re eligible for a pre-trial diversion program that allows you to avoid the far stiffer penalties of repeat offenders. Most diversion programs are available to first-time offenders and consist of a small fee, community service, drug screening, and a drug awareness seminar. After the completion of the program, the prosecution drops the charges and your criminal record is washed clean. This will permit you to inform employers that you have not been convicted of a drug crime.

A man who, according to prosecutors, masterminded a $115 million N-95 mask Ponzi scheme will spend … END_OF_DOCUMENT_TOKEN_TO_BE_REPLACED

Authorities say a 28-year-old Richland man, who is wanted on aggravated assault charges, is on the … END_OF_DOCUMENT_TOKEN_TO_BE_REPLACED

One of the largest drug trafficking arrests in U.S. history focused on members of the Ghost Face … END_OF_DOCUMENT_TOKEN_TO_BE_REPLACED

According to the FBI, which finally released hate crime statistics for 2021, these infractions … END_OF_DOCUMENT_TOKEN_TO_BE_REPLACED