People often talk about homicide and murder as if they are the same thing. While both are used to describe the death of one person at the hands of another, they are very different in legal terms. Homicide is a generic term meaning that one person is responsible for another’s death. Sometimes, such as in self-defense cases, it may not even be illegal. These cases are often called justifiable, excusable or non-criminal homicide.

The primary factors of intent and the circumstances determine how one will be charged. Violent crimes like manslaughter and murder carry considerable penalties, and you’ll need a seasoned criminal defense lawyer. Attorney Dean Phillips can evaluate your case and establish an appropriate defense based on your intent and circumstances.

Homicide by degrees of severity

Murder is always illegal homicide. It implies, and the prosecutor will attempt to prove, that the defendant not only committed the crime, but also acted with malicious intent or criminal negligence (guilty act, guilty mind). Homicide is further classified by degree: 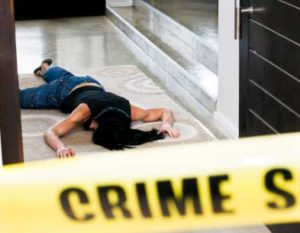 Another situation that constitutes a felony charge is assisting someone with his or her suicide. This charge can result in imprisonment between one and ten years.

The consequences of a conviction are significant. Murder draws the most serious punishment because society regards it as a terrible crime. A conviction may result in a prison sentence for life, a life sentence without parole, or possibly your death.

If you do receive less than a life sentence, then you may find it very difficult to get a job or find a place to live when you get out. You will also have lost some of the basic rights of citizenship, such as the right to vote and own a gun.

What Attorney Dean Phillips Can Do for You

Hiring a skilled criminal defense lawyer is essential when you’ve been accused of homicide. Attorney Dean Phillips will defend your rights and fight for your best possible outcome in court.

And, if you are found guilty, Attorney Dean Phillips will:

If you’ve been charged with murder, contact our criminal defense attorney for an immediate review of your case. Mr. Phillips can represent you in Marietta, Cobb County, Paulding County, Bartow County, Acworth, Austell, Powder Springs, Smyrna, Kennesaw and Woodstock. For a free consultation for your criminal defense case, call 770-415-0933.

A man who, according to prosecutors, masterminded a $115 million N-95 mask Ponzi scheme will spend … END_OF_DOCUMENT_TOKEN_TO_BE_REPLACED

Authorities say a 28-year-old Richland man, who is wanted on aggravated assault charges, is on the … END_OF_DOCUMENT_TOKEN_TO_BE_REPLACED

One of the largest drug trafficking arrests in U.S. history focused on members of the Ghost Face … END_OF_DOCUMENT_TOKEN_TO_BE_REPLACED

According to the FBI, which finally released hate crime statistics for 2021, these infractions … END_OF_DOCUMENT_TOKEN_TO_BE_REPLACED