You may have been pulled over for speeding at some point in your driving career. You could just pay the ticket or complete a traffic school course to reduce or avoid the fine. But what if you’ve been cited for a traffic violation and believe that the ticket was unjustified? You will need an experienced lawyer to help you navigate the legal process. Attorney Dean Phillips will fight for your rights.

Speeding is the most common violation, but traffic laws are abundant and provide many opportunities for citations. Some of the minor infractions are: 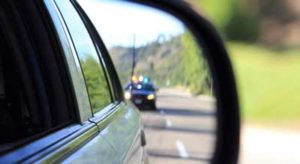 • Failure to stop for pedestrian at crosswalk
• Failure to obey traffic signals, stop signs and other traffic signs
• Improper passing on right, hills or curves
• Failure to maintain lane
• Failure to yield to funeral procession or bicycle
• Following too closely
• Failure to signal
• Operating vehicle while text messaging
• Littering from motor vehicle

The above was just a small sampling of Georgia’s traffic regulations; however, the law also defines other infractions that are more serious. Some of the major violations include excessive speeding, racing, driving under the influence (DUI), and leaving the scene of an accident. Many of these can or automatically result in license suspension.

Georgia maintains a point system that assigns a certain number of points to violations for which you’ve been convicted. For example, improper passing can add three points to your license while aggressive driving can result in six points. If you’re over the age of 21 and incur 15 or more points in 24 consecutive months, then your license could be suspended for a year.

The penalties for younger drivers are less lenient. If you’re under the age of 18 and incur four or more points in a 12-month period, then you could lose your license for six months or more. If you’re between 18 and under 21 and are convicted of any violation of four or more points, then you can lose your license for six months.

In addition to gaining points, you may also have to pay traffic fines. The courts often determine the fees, but Georgia law also mandates fines for certain offenses. For example, being convicted of a Super Speeder ticket will cost $200.00 in addition to any other traffic fines and court fees. If you don’t pay the ticket within 120 days, then your license will be suspended, adding another $50.00 for a reinstatement fee.

What Attorney Dean Phillips Can Do for You

Hiring a traffic ticket lawyer will help you when confronting court in a variety of ways. Let Attorney Dean Phillips help you:

You may potentially save on insurance rates, keep your license, bypass traffic school, and avoid fines. Don’t fight your ticket without the experienced legal help of Attorney Dean Phillips.

According to a federal jury, before she was center stage in a slew of reality TV programs, Julie … END_OF_DOCUMENT_TOKEN_TO_BE_REPLACED

In the months leading up to this tragic school shooting in a quiet Texas town, the gunman apparently … END_OF_DOCUMENT_TOKEN_TO_BE_REPLACED

Thanks to a new law, the number of hate crimes that went to Georgia courts was up over 500 percent … END_OF_DOCUMENT_TOKEN_TO_BE_REPLACED

When people ask us this question, they’re really asking “How do I avoid the penalty for first-time … END_OF_DOCUMENT_TOKEN_TO_BE_REPLACED