You are here: Home / Ga State laws / Theft by Deception: A Closer Look

Making false statements and taking things which are not yours are two of the most deeply ingrained “wrongs” in our society. A court of law is not a mosque, synagogue, or church. Nevertheless, many jurors have a hard time separating moral judgements from legal judgements. As a result, Section 16-8-3 cases are among the most difficult criminal matters to defend.

However, they are certainly not impossible to defend. Many jurors have the opposite attitude. Increasingly, some people view nonviolent property crimes, like theft, as civil issues as opposed to criminal issues. So, they are more receptive to some of the defenses outlined below.

A Marietta criminal defense attorney can leverage these defenses at trial or during pretrial settlement negotiations and successfully resolve theft by deception charges. In many cases, this resolution means the defendant emerges without a criminal record. 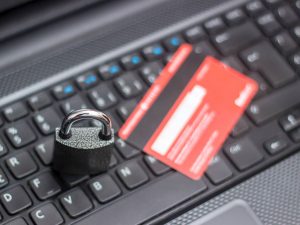 Generally, statements are deceptive if they are at least partially untrue and made with the intent to trick the listener. Furthermore, the defendant must have the intent to deprive the owner of the full use and benefit of property. There are several ways prosecutors can prove theft by deception in court:

Note that all these false statements are relevant to the transaction. Assume Mike lies to Sarah about knowing her father, and that lie convinces Sarah to extend credit. Mike is not guilty of theft by deception. His dissimulation was not directly related to the transaction.

Generally, theft penalties are related to the property’s value. Theft under $500 is a misdemeanor. Everything higher is a felony.

Value is sometimes an issue. Normally, the owner’s testimony about the property’s value is sufficient. However, a Marietta criminal defense attorney can cross examine owners on this point. Sometimes, they overstate value, mostly to cause additional problems for the defendant. Other times, they add sentimental or emotional value to the financial value. That’s illegal.

Additionally, theft convictions have significant collateral consequences. These convictions usually make people ineligible for any money-handling job. Theft is also a crime of moral turpitude which compromises your testimony is any subsequent criminal or civil matter.

We have mentioned defenses involving false statements. The defendant might be a liar, but that does not necessarily mean the defendant is a thief. We’ve also mentioned value defenses. Property ownership and a lack of evidence are probably the two biggest ones.

In 2007, O.J. Simpson lead a group of armed men into a Las Vegas hotel room, where they seized sports memorabilia at gunpoint. At trial, Simpson claimed the memorabilia was his, and he was taking it back. Normally, this defense is effective. Legally, you cannot steal your own property. However, Simpson’s credibility was suspect, at best. The court sentenced him to thirty-three years in prison.

The unavailable owner defense is even more common. Typically, it takes several months, or even several years, for a theft case to go to trial. By that time, the owners have usually either relocated outside the jurisdiction or lost interest in the case. Without the owner’s testimony, the state cannot convict the defendant. Sometimes, judges allow prosecutors to introduce part of the police report into evidence or amend the owner’s name at the last minute. But these loopholes are not always available.

If a defense is available, a Marietta criminal defense attorney can often arrange pretrial diversion or an outright dismissal, even if the defendant has a criminal record. That’s especially true since, as mentioned above, many jurors have a “why are we here for this” attitude about these cases.

There are many effective defenses to serious theft by deception charges. For a free consultation with an experienced criminal defense attorney in Marietta, contact The Phillips Law Firm. L.L.C. Convenient payment plans are available.