Incarceration is very expensive. Georgia spends almost $20,000 per year per prison inmate. This number is very high, and it’s one of the lowest ones in the country. Reducing the prison population is a good way to reduce state expenses. But releasing people who plead guilty or are found guilty is clearly not an option.

Generally, probation is a much better option, and not just because of the cost. The community supervision infrastructure is much cheaper. Furthermore, since defendants pay supervision fees, it is self-supporting, at least to an extent. Additionally, probationers can work or go to school, so they support their families and improve themselves.

So, the state wants to put as many people on probation as possible. But there must be some limits. If defendants cross the line, prosecutors do not hesitate to file motions to revoke probation. That filing does not mean you are going to jail. It just means you are in trouble, and a Marietta criminal defense attorney knows how to get you out of trouble. 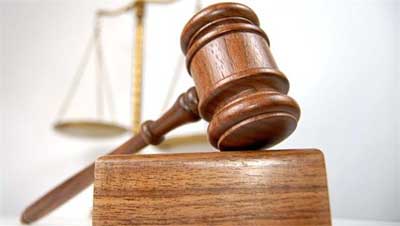 In Georgia, community supervision typically means regular probation or deferred adjudication probation. In practical terms, these two forms of probation are identical. In legal terms, they are light years apart.

First, the practical matters. The length is the same. Typically, misdemeanor probation lasts about six or eight months and felony probation lasts eight or ten years. These lengths vary significantly, usually based on the offense committed, extenuating or aggravating circumstances, and the defendant’s criminal record, if any.

The conditions of probation are normally the same as well. In Cobb County, there are basically two categories of conditions:

A failure to meet a core condition usually generates an immediate motion to revoke. Most probation officers give defendants some leeway regarding technical conditions. If you miss a payment or class attendance deadline, you’ll normally have a chance to make things right.

On a related note, some technical conditions have Constitutional problems. For example, debtors’ prisons are illegal in Georgia. So, it’s arguably illegal to revoke probation for failure to pay money, especially if that money is restitution to a private party.

Now, for the legal issues. Except for immigration purposes, deferred adjudication does not result in a criminal conviction. If probationers complete their terms successfully, the judge dismisses the case.

There is a significant risk. If deferred adjudication defendants violate their probations, the judge could sentence them to anything up to the legal maximum. Penalties for regular probation violations are usually capped much lower.

There could be some Constitutional issues. Assume Jerry appears drunk when he comes to a meeting. He leaves before he is detained. At trial, physical symptoms, like bloodshot eyes, are insufficient. But in a motion to revoke, physical symptoms could be enough.

A motion to revoke might be easy to prove in court. But a Marietta criminal defense attorney can engineer a happy ending, at least in most cases.

Plea bargains are available. Most prosecutors will agree to something like an extension of the term or a few days in jail as a condition of reinstatement. If you initially received deferred adjudication, conversion to regular probation, which means a criminal conviction, could be an option as well.

Sometimes, the best defense is a good offense. If a Marietta criminal defense attorney ends your probation early, you do not have to worry about violating it.

Georgia lawmakers recently expanded the early discharge law. An attorney can get you off probation even if you do not have a flawless record and even if you have only completed a fraction of the term. Typically, however, judges want to see the following:

The probation officer’s recommendation might be the most important factor. If the officer supports the defendant’s request, or at least does not oppose it, many prosecutors do not contest the motion for early discharge.

A similar setup is in place for parole early discharge. Early discharge from parole, which involves a mandatory waiting period, often includes a pardon.

Speaking of clemency, an executive pardon might be an option as well. Governors routinely grant pardons if an attorney presents the request properly and the request is consistent with the Governor’s political agenda. Former President Barack Obama granted almost two thousand commutations and pardons. Many of these people had served, or were serving, long sentences for non-violent drug crimes.

If the state files a motion to revoke, you do not necessarily go directly to jail. For a free consultation with an experienced criminal defense attorney in Marietta, contact The Phillips Law Firm, LLC. Virtual, home, after-hours, and jail visits are available.