You are here: Home / DUI / The Five Types of Driving Impairment in Cobb County

Tire blowouts and other defective product-related mishaps cause a few car wrecks in Georgia. Moving violations, such as speeding and making an illegal turn, cause many other collisions. Finally, driver impairment causes over half of the collisions in Cobb County.

Compensation is usually high in driver impairment cases. These drivers know they should not get behind the wheel. Nevertheless, they drive while impaired, intentionally putting other people at risk. Impairment always involves either ordinary negligence, which is a lack of care, or negligence per se, which is a violation of a safety statute. 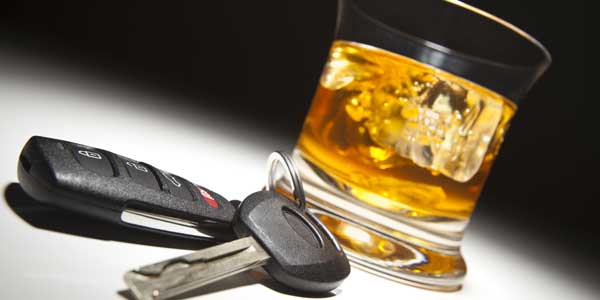 In the late 1980s, just before the DUI crackdown began, alcohol caused a little over a third of the fatal car crashes in Georgia. Then, lawmakers gave police officers new anti-DUI enforcement tools, like random roadside checkpoints. Lawmakers also passed tougher laws, such as a lower BAC limit and a per se DUI law. Yet alcohol still causes almost the same proportion of fatal collisions.

Legally, alcohol-related crashes could involve negligence or negligence per se. Impairment begins at the first drink. So, victim/plaintiffs may use circumstantial evidence, like bloodshot eyes and odor of alcohol, to establish a lack of care. Alternatively, if the tortfeasor (negligent driver) violated the DUI law, the tortfeasor may be liable for damages as a matter of law. Driver caution, of lack thereof, is completely irrelevant.

Victim/plaintiffs may use basically that same circumstantial evidence to establish dram shop liability. Under Georgia, bars, restaurants, and other commercial alcohol providers are responsible for damages if they knowingly sell alcohol to obviously intoxicated persons who later cause car wrecks.

Fatigue and alcohol have the same effect on the brain. They both impair judgment and inhibit motor skills. In fact, driving after eighteen consecutive awake hours is like driving with a .05 BAC level.

Alcohol and fatigue have something else in common. There is no quick fix for either condition. Only time cures alcohol impairment, and only sleep cures fatigue.

There is no Breathalyzer test for fatigue and drowsy driving is usually not illegal. So, fatigued driving claims almost always involve ordinary negligence. Circumstantial evidence of drowsy driving includes statements the tortfeasor made at the scene or during discovery, time of day or night, and erratic driving prior to the crash.

Truck driver fatigue is a serious problem. These individuals often spend long hours behind the wheel. If a commercial driver causes a car crash, the employer may be legally responsible for damages, because of the respondeat superior doctrine.

In many jurisdictions, there are more “drugged” drivers than “drunk” drivers. Generally, the tortfeasor is under the influence of a legal substance, like an opioid painkiller or certain over-the-counter medicines, like NyQuil or Sominex. Illegal drugs, mostly marijuana, also cause a number of drugged driving crashes.

Much like alcohol-related wrecks, either ordinary negligence or negligence per se may apply in drugged driving claims. If the tortfeasor had illegal drugs in the vehicle, it is fairly easy to show that, more likely than not, the illegal drugs caused the crash. Circumstantial evidence of drug use includes current prescriptions and physical symptoms, like glassy eyes.

Drug impairment claims sometimes involve third party liability as well. For example, the doctor who prescribed the pills responsible for damages. However, it is usually difficult to establish a connection between a prescription and a car crash. 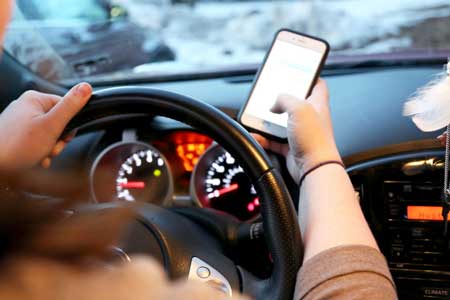 Device distraction causes a number of inattention collisions, because these gadgets combine all three forms of distracted driving. Operators who use hand-held cell phones take their eyes off the road (visual distraction), take their minds off driving (cognitive distraction), and take their hands off the wheel (manual distraction). These dangers prompted lawmakers to pass a hands-free law.

Tortfeasors who receive citations for violating the hands-free law or the general distracted driving law may be liable for damages as a matter of law. In other situations, victim/plaintiffs can use circumstantial evidence to establish a lack of ordinary care.

Inattentive driving cases often involve physical evidence, such as call logs and web browsing logs. Unless an attorney acts quickly to preserve this evidence, the tortfeasor may “accidentally” erase these important logs.

Generally, the state suspends drivers’ licenses in these situations. But these suspensions are normally only temporary. Furthermore, the suspension mechanism relies on hospital or doctor reports. If these reports do not occur timely, the tortfeasor’s drivers’ license may still be in effect.

Discovery is important in ordinary negligence claims. During this process, the two parties exchange information about the facts of the case. So, if a tortfeasor was diagnosed with a heart condition, a Marietta personal injury attorney will probably find out about that diagnosis during discovery.

Connect with a Tenacious Lawyer

Impaired drivers often cause serious injuries. For a free consultation with an experienced personal injury attorney in Marietta, contact The Phillips Law Firm, LLC. You have a limited amount of time to act.