At one time or another, almost every product sold in the United States travels on a semi-truck. When fully loaded, these vehicles weigh about 80,000 pounds. 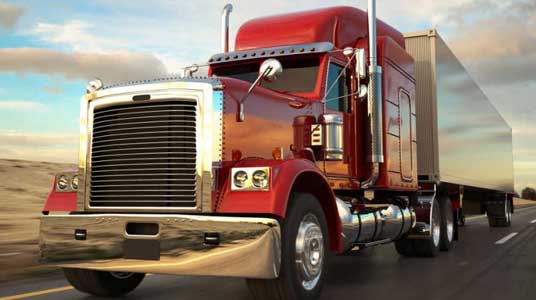 The government routinely grants weight waivers, so double trailers are not uncommon. When these massive vehicles are involved in crashes, the resulting injuries are almost always catastrophic.

There are lots of semi-trucks in Marietta, and there are lots of tour buses as well. Many of them come down Interstate 75 from Tennessee on their way to Atlanta. These buses are almost as heavy as trucks. Moreover, when they crash, there are usually many injuries. Typically, the passengers do not wear seat belts. In most cases, the bus does not even have seat belts.

For example, a bus owner is not quite an insurer of safe conduct, but the legal standard is pretty close to that. These operators must use extreme caution on the road. Reasonable care and defensive driving are not enough. Drivers who operate in this way are negligent.

Moreover, bus companies also must keep their passengers safe during transit. There must be no wet spots in the aisle or other serious hazards. Furthermore, the driver or chaperone must break up arguments before they become violent.

The higher duty makes it easier to establish negligence in court. That higher duty also prompts many Cobb County jurors to award large damages in these cases.

Marietta personal injury attorneys do not win negligence cases with interesting theories. Since the victim/plaintiff has the burden of proof, they win these cases with solid evidence. Sometimes, the evidence necessary to win the case is inside the bus, truck, or other commercial vehicle.

Almost all commercial vehicles have Event Data Recorders. Capability varies by make and model. Generally, the EDR captures and records data like:

Information like this is often critical in a car crash case.

EDRs have some other plusses. They are more accurate than witness statements. An eyewitness can testify that the truck was speeding, but an EDR can reveal that the truck was travelling 87.9mph. Jurors likes specific, scientific information like this.

Additionally, assuming the devices were in good working order, EDRs are basically never wrong. Witnesses can be mistaken, and if they are, insurance company lawyers may grill them during cross-examination. But machines cannot be cross-examined and cannot be biased. They simply record the information they were designed to record, and that’s it.

Additionally, the Electronic Logging Device mandate took effect earlier in 2018. The trucking industry fought the ELD rule for years. They know these gadgets will crack down on drowsy driving, which is an epidemic problem among long-haul truckers. ELDs are connected to the power train. So, when the truck is in motion, the ELD is recording HOS (hours of service) compliance information.

The EDR may essentially be proof positive of negligent operation. Similarly, the ELD may almost be proof positive of drowsy driving. Georgia and all other states, as well as the federal government, have very strict laws regarding mandatory rest periods. Violation of these rules is negligence per se, or negligence as a matter of law.

Finally, many large vehicles have dash cameras. These cameras provide visual evidence of distracted driving. Most Cobb County courtrooms have high-definition video screens. So, an attorney can present this evidence in a very compelling way.

Preserving and Using This Evidence

Attorneys must act quickly to preserve the physical evidence in a large vehicle. If the buses or trucks were seriously damaged, most insurance companies destroy them a few days after the accident. If that happens, any physical evidence is gone forever. That includes the EDR, dash camera, ELD, and any other evidence.

So, attorneys usually send spoliation letters to insurance companies or other vehicle custodians. These letters create a legal duty to preserve all physical evidence in the case.

Preserving the evidence only solves part of the problem. Once the evidence is available, an attorney must know how to access and use it. Georgia has very strict vehicle data privacy laws. So, attorneys usually need court orders to access electronic evidence. Insurance companies commonly fight these requests, so your lawyer must be both experienced and aggressive.

The subsequent accessing/downloading process requires much more than a screwdriver and a laptop. Electronic gadgets in large vehicles are very sophisticated machines. An attorney must have the proper equipment and knowledge to access the data. It’s a sure bet that the vehicle’s owner will be no help whatsoever.

Victim/plaintiffs must establish negligence or negligence per se by a preponderance of the evidence, or more likely than not. Significantly, winning the case and obtaining compensation are two different things.

As mentioned, the injuries in these cases are usually catastrophic. Things like wrongful death are quite common. At the same time, Georgia has one of the lowest auto insurance minimums in the country. So, there’s a good chance the individual tortfeasor (negligent driver) may not have enough insurance coverage to provide fair compensation.

Fortunately, Georgia also has a very broad respondent superior rule. According to this legal doctrine, employers are liable for the negligent acts of their employees. Liability attaches if:

Georgia is a modified joint and several liability state. So, if there are multiple responsible parties, the judge usually apportions damages among them based on their percentage of fault.

If a Moving Truck Hits Me, Can I Sue the Company?

Now that summer is finally in the rearview mirror, lots of area moving companies will be busier than ever. Most people relocate during, fall, winter, and spring. The weather is generally nice during this period, and moving costs are usually lower as well. Summer is the most expensive time to move.

So, in the coming months, expect to see lots of Ryder, U-Haul, and other rented moving trucks on the highways and byways of Cobb County. These trucks are huge. The standard 26’ U-Haul truck has a 30,000 pound weight capacity. Normally, these vehicles require commercial drivers’ licenses. But at a vehicle rental outlet, anyone with a valid credit card can get behind the wheel. So, the risk of a crash is high. That’s especially true since many of these drivers have one eye on their GPS navigation devices and one eye on the road.

Normally, the negligent entrustment rule applies to borrowed vehicles. Legal owners are responsible for damages if they knowingly allow incompetent drivers to operate their vehicles. The negligent entrustment rule comes up a lot with regard to teen drivers. You might think that the same rule would apply to commercial transactions. Unfortunately, you would be wrong, at least to a certain extent.

49 U.S.C. 30106 is a significant roadblock in these cases. In 2005, lawmakers tacked the Graves Amendment onto a large omnibus transportation bill. Rep. Sam Graves (D-MO) introduced this bill to protect vehicle rental companies from liability judgements. Reportedly, Rep. Graves has tried to rescind the bill that bears his name, but it is still in effect.

Trade protectionism has been in the news some lately, and the Graves Amendment is a protectionist measure. It’s designed to protect vehicle rental companies. A few years earlier, one such firm threatened to pull out of several states which had broad negligent entrustment laws. Quite simply, lawmakers intended the Graves Amendment to cut these claims off at the knees. Little else is known about Congressional intent. Like most policy rider add-ons, there is basically no legislative history in support of the Graves Amendment. So, it’s largely up to personal injury attorneys in Marietta and elsewhere to interpret its brief provisions.

By its terms, the Graves Amendment gives immunity to companies that are in the trade or business of renting vehicles. Such a company “shall not be liable under the law of any State or political subdivision thereof, by reason of being the owner of the vehicle (or an affiliate of the owner), for harm to persons or property that results or arises out of the use, operation, or possession of the vehicle during the period of the rental or lease.”

The brief Graves Amendment does not define “trade or business.” So, attorneys must look elsewhere for clarification. The IRS defines this phrase, but its definition is pretty much useless. The next closest thing is probably the Uniform Commercial Code’s definition of “merchant.” The UCC comes up frequently in Georgia injury cases, especially those which involve a defective product. Section 2-104 defines merchant as:

Arguably, neither of these definitions apply to most vehicle rental transactions.

A dealer in a kind of product means that the business derives most or all of its income from a certain activity. For example, a cotton farmer may also raise a few chickens. But that does not change the fact that he’s a cotton farmer.

The “special knowledge” requirement probably does not apply either. The clerks and owners at these establishments usually know nothing about the trucks except what’s publicly available. They have no specialized knowledge about things like the air conditioner BTU capacity or other advanced items.

As mentioned, driver incompetency is an element of negligent entrustment. Moreover, the owner must know that the driver was incompetent. The victim/plaintiff may use circumstantial evidence to establish this point. For example, a parent might have punished a teen for getting a ticket.

In 2005, it was all but impossible to verify drivers’ license status remotely. If the license was facially valid, the rental transaction could move forward.

Evaluating this evidence is still a work in progress. But many courts have adopted something like a stair step approach:

Damages in a negligence case usually include compensation for economic losses, such as medical bills, along with compensation for non economic losses, such as pain and suffering. Additionally, many Cobb County jurors award additional punitive damages in these cases. Such damages are available if there is clear and convincing evidence of wanton recklessness.

Commercial negligent entrustment cases are difficult, but not impossible, to prove. For a free consultation with an experienced personal injury attorney in Marietta, contact The Phillips Law Firm, L.L.C. We routinely handle cases in Cobb County and nearby jurisdictions.