You are here: Home / Personal Injury / What to Expect in a Cobb County Car Crash Case

A few vehicle collisions are truly one-off accidents that no one could have possibly prevented. But human error causes about 93 percent of all car crashes. 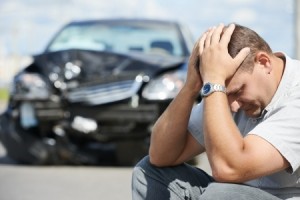 Nearly all of these cases involve lack of ordinary care or a violation of a statute.

These claims usually involve complex legal questions. For example, if Driver A collides head-on with Driver B, most people would assume that Driver A is legally responsible for damages. But that’s not always the case, due to legal doctrines like sudden emergency and last clear chance.

Regardless of the different underlying principles, car crash cases are procedurally much the same. Knowing what to expect when you claim goes to court, and even before it goes to court, makes a trying time much easier to endure.

As is often the case, the first step in the lawsuit process is often the most important one. Without an accurate settlement value, the case has no direction. Even worse, victims may settle their claims for less than fair compensation. And, in most cases, they will lose their rights to file future claims.

Setting a settlement value is a partly scientific and partly artistic process. So, a Marietta personal injury attorney must be highly skilled in both these areas.

Most car crashes involve objective damages, like medical expenses and property damage. This part of the settlement value is easy to calculate. But it’s not just a matter of addition. For example, some property, like a family car, has an emotional value as well as a financial one. The settlement value calculation must include both these things.

Other vehicle collision damages, like emotional distress and loss of enjoyment in life, are much more subjective. To ascertain this value, most attorneys multiply the objective damages by a factor of two, three, or four. Some considerations include:

An attorney cannot accurately determine a settlement value until medical treatment is at least substantially complete. Sometimes that process takes a few weeks and sometimes it takes a few years.

In any case, the demand letter initiates formal settlement negotiations between the victim’s attorney and the insurance company’s lawyer. Most demand letters briefly lay out the victim’s legal claims and the evidence that supports these claims. Then, as the name implies, the demand letter demands a certain sum in exchange for a waiver of liability. In other words, if you pay X amount, I will never sue you.

If liability is clear, insurance companies have a legal duty to settle the claim within about a month. But there is almost always at least some question in this area. Nevertheless, a significant number of cases settle at this stage. Insurance companies do not settle claims to do what’s right or because they are “on your side.” Rather, their attorneys do not want to move forward to the expensive, time-consuming, and uncertain court process.

This part of the process is highly technical. Attorneys must file claims with courts that have jurisdiction over the amount and over the parties. Cobb County has a multi-layered court system. Some courts have streamlined processes, but they only have jurisdiction over small claims. Furthermore, attorneys must file cases in the correct county. They cannot simply pick and choose. Under the Georgia rules of Civil Procedure, venue usually lies in:

So, attorneys often face a choice. Many times, the crash occurred in one county and the plaintiff resides in another county. The selection process is, once again, a matter of science and art. Assume the crash occurred in Cherokee County and the plaintiff is from Cobb County. If the plaintiff is still struggling with injury, trips between Marietta and Canton might be a problem. On the other hand, all the physical evidence, along with the witnesses, are probably in Cherokee County.

In many ways, a legal claim for damages is really a series of choices. And, filing matters present a number of choices.

In the American system, the legal process is not really about “winning” and “losing” the case. The goal is to get to the truth of the matter. So, the discovery process in invaluable.

Discovery is a court-supervised exchange of information between the plaintiff and defendant. Some common discovery tools include:

That last bullet usually includes electronic data, such as the vehicle’s Event Data Recorder. The EDR is a good example of some common discovery disputes. Due to privacy laws, only certain people may download EDR information under certain conditions. If the plaintiff and defendant cannot agree on a timetable, a judge must resolve the dispute.

As many as 97 percent of civil claims settle out of court. That settlement could occur at any time, and as mentioned earlier, might even occur before the case goes to court. The back-and-forth exchange that begins with the demand letter often bears fruit.

But many cases do not settle early. Generally, most judges refer contested cases to mediation. This form of alternative dispute resolution is basically formalized settlement negotiations with a twist. In addition to a more structured environment, a professional mediator works to facilitate a settlement between the two parties.

Generally, a mediation session lasts a full day. After each party gives a brief opening statement, the parties retire to separate rooms. The mediator, who is usually an unaffiliated personal injury lawyer or a retired judge, then conveys settlement offers and counteroffers back and forth. If the parties reach an agreement, the case is over. If not, the claim moves forward to trial.

Mediation is successful about 75 percent of the time. A mediated settlement, or any other agreed settlement, saves time and money. Moreover, these resolutions also give parties more control over the outcome.

Team Up with an Experienced Lawyer

The lawsuit process can be long and frustrating, short and clear cut, or somewhere in between. For a free consultation with an experienced personal injury attorney in Marietta, contact The Phillips Law Firm LLC. Attorneys can connect victims with doctors, even if they have no money or insurance.