In the 1960s, the United States Supreme Court made a number of civil rights decisions. These cases are fundamental today, but at the time, they were extremely controversial. Angst over these shifts spawned a number of vigilante crime fighter movie franchises, such as Death Wish, Walking Tall, and Dirty Harry. 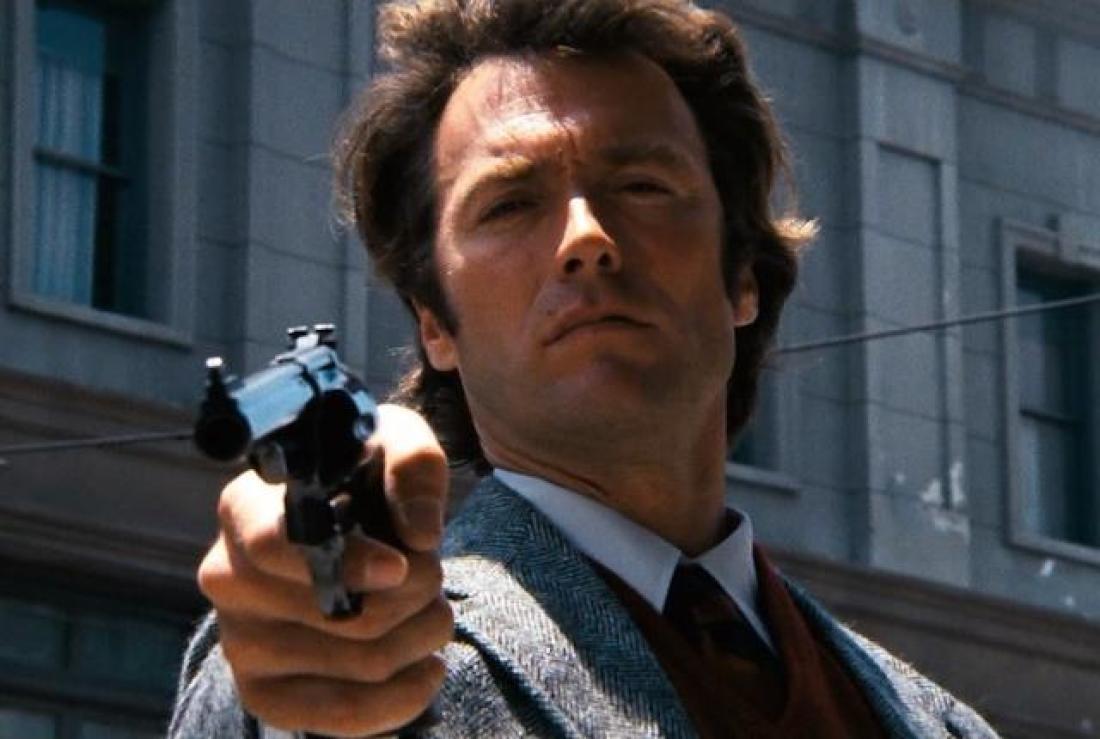 In this scene, San Francisco Police Inspector Harry Callaghan had just arrested a serial killer nicknamed Scorpio after a foot chase. The chase began when Harry believed a woman was in trouble in Scorpio’s apartment. During the pursuit, Harry seized a hunting rifle which Scorpio had used to carry out his nefarious plan. After he apprehended the bad guy, Harry politely asked him a few questions about his alleged crimes. Well, maybe “politely” is the wrong word.
Apropos of nothing, Scorpio was based on the real-life Zodiac killer. This murderer, who was never identified or caught, terrorized The City by the Bay during this period.

Back to the blog. In this scene, Harry meets with District Attorney Rothko. Rothko chastises Harry harshly for violating Scorpio’s civil rights. “Well, I’m all broken up about that man’s rights,” Harry sneered in response. Rothko then tells a discombobulated Harry that he must drop the case against Scorpio because of illegally-obtained evidence. Interestingly, this evidence would be admissible today under one of a number of search warrant exceptions. But before we look at the exceptions, we should look at the rule.

The Warrant and Counsel Requirements

During his tirade, Rothko mentioned Escobedo, Miranda, and the Fourth Amendment. Curiously, Harry looked at Rothko like he was speaking Klingon when he mentioned these names.
The Fourth Amendment states that people must be secure against random police searches and seizures. For a number of years, only a search warrant based on probable cause satisfied this requirement. Georgia law enforcement agencies still rely on search warrants in a context like a major drug raid.

But in most areas, they rely on an exception, as outlined below

Escobedo v. Illinois and Miranda v. Arizona were both Supreme Court cases from the 1960s. They declared that suspects have the right to an attorney during questioning and when they go to court. If defendants do not have effective attorneys, the state will often run roughshod over their constitutional rights whether they are guilty or not. If that happens, you and I could be next.

Harry Could Have Used These Exceptions

Detective Callaghan saw the hunting rifle in Scorpio’s apartment. Today, Harry could probably grab that rifle, under the plain view exception. This exception comes up a lot in vehicle stop cases. If an officer sees weapons, drugs, or other contraband, the officer may seize the contraband and it is admissible in court.

Partial plain view cases are in a grey area. Assume that a Marietta police officer sees a pistol grip protruding from between two cushions. A Cobb County prosecutor would argue that the grip alone is sufficient to meet the plain view requirement.
Furthermore, the officer must lawfully be at that place at that time. Also, officers cannot use mechanical aids, like magnifying glasses or high-power binoculars, to bring items into plain view.
But wait. Didn’t Harry bust into Scorpio’s apartment without a warrant? Yes, he did. But today, that intrusion would be no problem, under the exigent circumstances exception. Harry thought he was saving a damsel in distress. So, he arguably had a right to enter the dwelling.

• Hot Pursuit: If officers pursue a defendant who ducks into a building, officers do not need a warrant to enter that building. Foot chases are really popular in the movies, but they seldom happen in real life.
• Safety Check: Assume Marietta officers receive a report of shots fired or a natural gas leak. They may enter the premises to make sure everyone is okay, and they may seize any contraband they see in plain view.
In all these search warrant exception cases, the prosecutor must establish every element of the exception, or the disputed evidence is inadmissible.

Other Search Warrant Exceptions in Georgia

Consent is one of the most commonly-sued search warrant exceptions in Cobb County. During any encounter that involves a vehicle or building, officers almost always ask if they may “have a look around.”
Many people do not know they have a right to say “no.” People also have a right to refuse to answer any questions, other than name, rank, and serial number-type questions.

Effective consent is sometimes an issue. Assume officers come to the door of a dwelling, and a roommate gives them permission to search the premises. Assume further that the roommate’s name was not on the lease, so that person had no legal right to consent. But as long as officers reasonably believed the person had authority, the consent is effective.

Until 2009, the search incident to arrest exception was very broad. Marietta officers could “arrest” defendants for minor offenses, search their homes or cars, and then let them go if they did not find anything. But in Arizona v. Gant, the Supreme Court limited these searches to weapons pat-downs. So, this exception is not used much anymore.

Reach Out to an Experienced Marietta Lawyer