When they are arrested for Driving under the Influence, defendants in Georgia receive a mountain of paperwork. The DD 1205 is buried somewhere in all those papers. This is the form which allows defendants to challenge the mandatory DUI arrest license suspension. 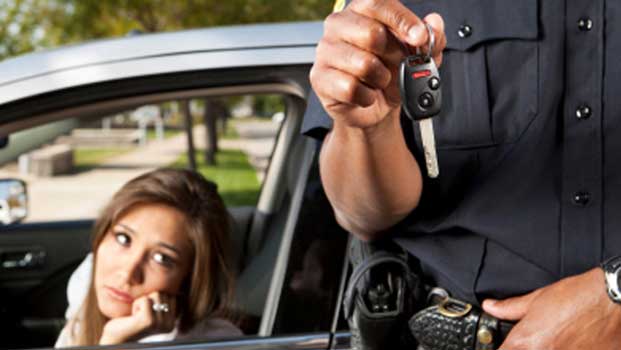 Until very recently, defendants only had ten days to request an appeal hearing. In that short time period, many people are still dealing with the psychological effects of their arrest. Appeal requests are very far down on the agenda. So, many people just missed the deadline.

Other individuals had issues coming up with the $150 appeal request filing fee. Since they just spent significant money on bond, that extra cash may not be on hand. So, they let the deadline pass and then hope for the best.

To alleviate these problems, the Legislature recently extended the appeal period to 30 days. That extra time gives people some extra options in these cases.

Why Did My License Get Suspended?

Usually, before the state does something like confiscate your drivers’ license, there must be notice and hearing. But Georgia has an implied consent law. When people obtained their licenses, they agreed to provide chemical samples (i.e. blow into a Breathalyzer) on demand. Violating that promise has consequences.

Furthermore, DUIs are in a special public safety category. So, if the driver had a BAC above the legal limit, the state is authorized to take expedited action.

Should I Fight the Suspension?

Definitely. Failure to fight the suspension puts your DUI defense attorney at a serious disadvantage. Plus, the DD 1205 appeal is usually your only chance to reverse the suspension.

ALR (Administrative License Revocation) hearings are not easy to “win.” The prosecutor must only establish probable cause. In plain English, the officer must convince the hearing officer that s/he had a pretty good reason to arrest you for DUI. Since the hearing officer is usually a paid Department of Driver Services employee, this mountain is not too hard to climb.

Additionally, since the ALR hearing is not technically a criminal proceeding, many Constitutional protections do not apply. For example, the hearing officer could call the driver as a witness for the prosecution, even though that violates the Fifth Amendment.

That being said, an ALR defense is not exactly tilting at windmills. In many situations, most notably STEP campaigns and other DUI dragnets, the probable cause evidence is often weak. So, the hearing officer may reduce the suspension period or throw the claim out altogether. In any case, the worst possible outcome is the maximum suspension period. That would have happened anyway, so there is no risk.

Plus, the ALR hearing is an opportunity for your hearing to depose the officer under oath. This kind of discovery usually costs hundreds of dollars, if it is available at all. Your lawyer can use the officer’s own statements against him/her at subsequent court proceedings.

What Are My Other Options?

About 80 percent of people with suspended licenses ignore the order and keep driving as before. That is a horrible idea. It is only a matter of time before any driver rolls through a stop sign, drives with a burned-out taillight, or, my personal favorite, fails to come to a complete stop before exiting a private driveway. A DWLS (driving while license suspended) charge is another legal headache that you do not need to deal with. This charge is almost as serious as DUI.

Alternatively, you could sit out the suspension period. If it is only 120 days, that would be difficult but not impossible. You must probably be within walking distance of work and have very understanding friends and family members who will give you rides. If the suspension period is a year and a half or (gulp) five years, sitting it out is probably not an option.

Finally, a limited drivers’ license might be available. This license enables people to drive between certain places at certain times of day. Other conditions may apply as well, such as:

In Georgia, a limited license enables people to driver to and from work, school, the doctor’s office, court-related activities, and a few other things.

A DUI arrest does not automatically mean long-term license suspension. For a free consultation with an experienced criminal defense attorney in Marietta, contact The Phillips Law Firm, L.L.C. Convenient payment plans are available.