Georgia and thirty-seven other states allow peace officers to circumvent the Fourth Amendment and pull over motorists without warrants or reasonable suspicion to check for DUI. To quote Uncle Ben, with great power comes great responsibility. Because DUI checkpoints give police officers so much power, these checkpoints must conform to specific legal requirements.This power is not absolute. You have rights as a motorist when you drive up to a DUI checkpoint.

For example, you must produce your driver’s’ license and proof of insurance for inspection. But, you do not have to speak with the officer or even roll down your window. Moreover, if you see a DUI checkpoint ahead, you have the right to turn around and avoid it. But if you assert any of your rights, expect a patrol car to tail you for at least several blocks. DUI roadblocks are especially common around holidays associated with drinking and driving, such as Memorial Day and New Years Day. 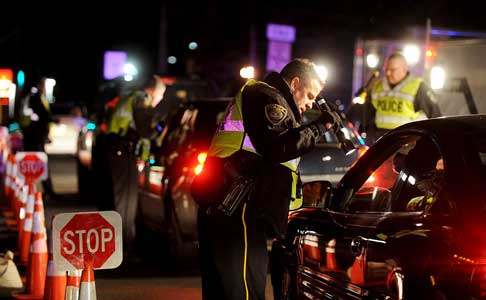 For the most part, impromptu DUI checkpoints are completely illegal in Georgia. Even if they conform to the other requirements, an office or group of officers cannot decide to set up a dui roadblock at a certain location just because they feel like it.
Instead, a supervisor must control every aspect of the checkpoint. That includes all operational details, such as:

A desk sergeant usually does not qualify as a department supervisor. Generally, the decision-maker needs to be at least lieutenant or higher.

The roadblock must have plenty of signs that clearly alert motorists as to the presence and nature of the DUI checkpoint. Furthermore, the officers must deploy traffic cones or other traffic control devices well before the actual checkpoint. Moreover, the officers must wear reflective clothing or some other similar material. Finally, the authorizing agency must be clear as well.

First, safety is paramount. A sneaky dui checkpoint in a high-traffic area might ensnare more motorists. But such a checkpoint is also highly dangerous. Georgia police officers may not endanger lives or property while they ignore the Constitution.

Second, these measures must give motorists the opportunity to turn around and avoid the dui checkpoint. So, the signage needs to be far enough away from the dui checkpoint to give drivers this chance. If traffic is already backed up, it’s much harder to make a uie.

Generally, officers must stop all vehicles. They cannot stop some and wave others through. Furthermore, officers must go through the same routine with each vehicle. They cannot allow one motorist to flash a drivers’ license and go, but then give the next motorist the third degree. This factor often comes in conflict with the minimal detention factor discussed below.

For example, to keep traffic moving, officers may be allowed to do something like stop every other vehicle. Then, if traffic backs up too much, they might go to every third vehicle. Officers on the scene have no authority to make any of these decisions. They must come from a supervisor, as outlined above.

Not every officer can man a Georgia DUI checkpoint. In fact, not even every Georgia traffic cop can man a DUI checkpoint. The officer must have special training in DUI detection. This requirement is unique to Georgia, as the Georgia Supreme Court just recently imposed it. Usually, that training involves a twenty-four hour course which stresses the field sobriety tests. Checkpoint officers must also be well-schooled in the symptoms of intoxication, such as:

Indicators like these are usually not enough to establish intoxication. At best, this evidence only proves the defendant had been drinking. But evidence like this is usually enough for reasonable suspicion, which is all that officers need at this point.

In some recent cases, most notably 2016’s Utah vs. Strieff, the United States Supreme Court has watered down the reasonable suspicion rule. But generally, this level of proof means that the officer had specific, articulable facts which point to criminal activity. In the roadblock context, that activity is driving under the influence of alcohol or another substance. 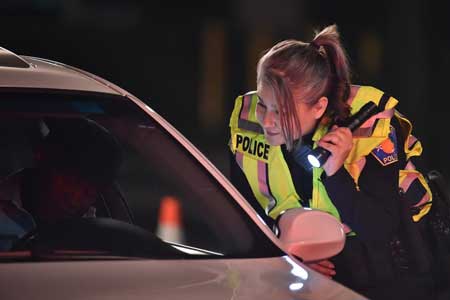 As mentioned earlier, checkpoint officers must keep traffic moving. As a rule of thumb, any delay longer than thirty seconds is unreasonably long. This time frame usually includes not only interaction with the officers, but also the time spent waiting in line. This limit does not apply if officers develop reasonable suspicion and direct the motorist to an inspection area.

Generally, when evaluating DUI checkpoints, Cobb County judges typically use a totality-of-the-circumstances analysis. In plain English, they usually will not invalidate a checkpoint because of a technicality. For example, if a motorist had to wait thirty-five seconds, a judge will probably not throw out the arrest if the dui checkpoint meets the other requirements.
The initial stop is only step one in a criminal case. In court, prosecutors must also prove that officers had reasonable suspicion to make an arrest. And, these lawyers must establish guilt beyond a reasonable doubt.

DUI roadblocks allow officers to pull over motorists for no reason at all. For a free consultation with an experienced criminal defense attorney in Marietta, contact The Phillips Law Firm, LLC. We routinely handle cases in Cobb County and nearby jurisdictions.