For most state agencies, the new fiscal year starts July 1. So, to many lawmakers, International Chicken Wing Day is the equivalent of New Years Day. In July 2022, about five hundred new Georgia laws took effect. Free speech bills, like the one curtailing critical race theory in schools and the restricting of free speech zones in most colleges and universities, grabbed much of the headlines. We’ll examine some other new laws below.

Before we get started, we should highlight the role of a Marietta criminal defense lawyer in this process. Lawmakers often ask private practice lawyers to serve on task forces or testify in front of legislative committees. So, attorneys often play an indirect role in the lawmaking process. Furthermore, attorneys also organize opposition, especially to the litany of “tough on crime” bills that pop up seemingly every session. It’s important that lawmakers know both sides of the story before they make any decisions. Come to think of it, that’s pretty good advice for the rest of us as well. 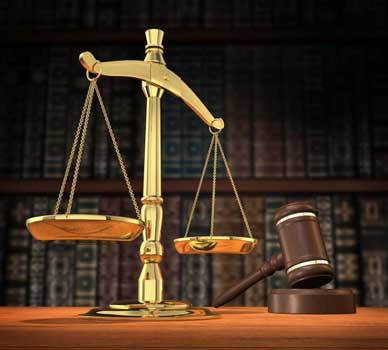 For the most part, the new laws in this area seem trivial. But they could have a significant impact on a criminal defense matter in Cobb County

Until this bill became law, experts witness in criminal court were held to a different standard than civil court experts. Now, the same rules apply in both forums.

DUI experts are a good illustration. Usually, prosecutors use police-trained Breathalyzer technicians to authenticate results in court. Now, it’s easier to challenge the credibility of these witnesses. It’s also easier to call a rebuttal witness, like a chemistry grad student, who highlights some key Breathalyzer flaws.

Expert witnesses often challenge other chemical tests as well, such as the tests use in drug possession cases.

Like most other states, Georgia law treats a street gang like the mafia. Low-level gang initiates can be charged with high-level crimes. This bill earmarked $1.6 million a year for a designated Gang Prosecution Unit, under the leadership of Fulton County Deputy District Attorney Cara Convery.

Additional resources for prosecutors are usually bad news for Marietta criminal defense lawyers. It’s usually more difficult to negotiate favorable plea agreements in these situations. No one is clearly in charge, so no one wants to make a decision. Additionally, the more resources prosecutors have, the more likely they are to insist on a trial.

The new laws in this area are a mixed bag, as the two highlighted below indicate. In this uncertain environment, owners should at least consider a gun trust. National Firearms Act-approved gun trusts remove most of this legal uncertainty.

This bill expands reciprocity provisions in Georgia law. Thanks to this bill, concealed carry and other licenses issued in most other states may be valid in the Peachtree State as well. Additionally, this law requires the Attorney General to sign reciprocity agreements if the other state’s licensing requirements meet Georgia standards. That provision, which many people didn’t notice, removes the political element, at least in part.

Unlicensed CCW and other weapons violations are especially common in tourist areas like Atlanta. Many people come from out-of-state to take in a Braves game or another tourist attraction, and they don’t think about weapons licensing matters. That’s especially true if the come into town on a tour bus.

Federal prosecutors often use multi-count indictments as a “shock and awe” tool. For example, in a mail fraud case, every time the defendant hits send or licks a stamp, prosecutors add an additional charge. So, a single fraudulent transaction might be a 100-count indictment. Most likely, SB 479 is designed to give state prosecutors this tool.

After several attempts, lawmakers finally amassed enough votes to ban unauthorized GPS trackers. However, the ban only applies if the person who intentionally and secretly placed the device, or directed someone else to place it, was the subject of a protective order. This conduct is already illegal in most states.

These laws, including Georgia’s laws, have a lot of grey area. For example, what if Eric lies to Erica about the purpose of the GPS tracker? That’s probably not illegal in Georgia.

How do you know if there’s a tracking device in your car? Generally, if your phone is Bluetooth-enabled, it’ll try to connect with the tracker. If you see such a message, don’t assume it’s a glitch and ignore it.

Speaking of protective orders, HB 231 significantly expands the availability of these orders in Cobb County. Previously, alleged victims could only obtain protective orders if they were related to the subject by blood or marriage. This provision expands the category to include dating relationships. According to one advocacy group, 50 percent of victims killed by abusers began their Fatal Attraction relationships when they were between the ages of 13 and 24.

Under the new law, a qualifying relationship must be “characterized by a level of intimacy that is not associated with mere friendship or between persons in an ordinary business, social, or educational context.” HB 231 further defines dating violence as the commission of a felony, or the “commission of the offenses of simple battery, aggravated battery, aggravated assault, or stalking.”

Procedurally, a judge could issue an ex parte temporary protective order based solely on the alleged victim’s affidavit. Some judges scrutinize these affidavits, and some rubber-stamp them. At a subsequent hearing, defendants can ask a Marietta criminal defense lawyer to stand up for them in court and ensure the judge hears both sides of the story.

Many new laws in Georgia directly affect your family. For a free consultation with an experienced Marietta criminal defense lawyer, contact The Phillips Law Firm, LLC. We routinely handle matters in Cobb County and nearby jurisdictions.

In 2021, Cobb County had one of the highest arrest rates in the state. The direct consequences of a … END_OF_DOCUMENT_TOKEN_TO_BE_REPLACED

A Lumpkin man, who now faces about a half-dozen criminal charges, is the latest person to get caught … END_OF_DOCUMENT_TOKEN_TO_BE_REPLACED

Several things happen if you refuse a Breathalyzer in Georgia. To encourage, or rather force, more … END_OF_DOCUMENT_TOKEN_TO_BE_REPLACED

Historic violent crime levels are prompting citizens to go to the polls in 2022. Although everyone … END_OF_DOCUMENT_TOKEN_TO_BE_REPLACED