You are here: Home / Criminal / Taking the FEAR Out of Bond Forfeiture Matters

Almost before their seats were warm, lawmakers in the very first session of Congress began considering the bundle of Constitutional amendments which became known as the Bill of Rights. This bundle included the Eighth Amendment. This provision is widely known for the prohibition of cruel and unusual punishments. More recently, the excessive fine prohibition has entered the limelight, as aggressive forfeiture actions (a/k/a “policing for profit”) become more common. Most importantly for purposes of this blog, it also contains a requirement for reasonable bail in criminal cases.

Pretrial release is important for health reasons, personal reasons, and perhaps most importantly for our purposes, legal reasons. Incarceration amps up production of “flight or fight” hormones. Since neither flight not fight is an option, these hormones accumulate and alter brain chemistry. The isolation of lockup makes these changes worse. Additionally, because of the confinement, attorneys usually have limited options, in terms of defenses.

These defenses usually include procedural, substantive, and affirmative defenses. If a defendant suddenly goes back to jail because of bond forfeiture, all work done on these defenses is usually lost. So, if a Marietta criminal defense attorney is to have all available options at trial, the defendant must be out of jail at the time. The stronger the defense, the greater the possibility of a successful resolution. This resolution could be a complete dismissal of charges, a not-guilty verdict at trial, or a plea to a lesser-included offense. 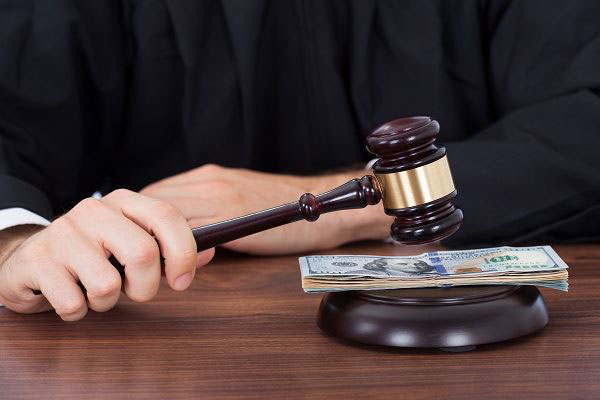 In the spirit of the Eighth Amendment, and also because Georgia has one of the highest pretrial detention rates in the country, several pretrial release options are available.

Common pretrial release conditions include appearing at trial, which we mentioned above. Some courts require defendants to appear at procedural preliminary hearings, and some don’t. Other conditions include staying out of trouble with the law and remaining in the county. Many bonds also include offense-specific conditions, like an ignition interlock device in a DUI.

Usually, structural issues with the bond or a one-time lapse cause bond forfeiture and rearrest. These two problems have two different approaches.

Structural bond issues are quite common. Understandably, many people are so desperate to get out of jail that they sign papers without reading them or without considering their effect.

Cross-county trips are a good example. IN areas like metro Atlanta, many people work in one county and live in another one. Or, they have friends or family who live in a different county. Technically, every time the defendant crosses the county line, the defendant is violating a condition of bond. It’s only a matter of time before the defendant gets pulled over in another county, the police find out s/he’s violating a bond condition, and it’s go directly to jail.

Usually, a stitch in time saves nine in these cases. A Marietta criminal defense attorney can tailor some conditions to avoid such trouble. That’s especially true if an attorney either wrote the bond or assisted the bail bond company that created it.

There’s not much an attorney can do about one-time lapses. Quite frankly, you can’t fix stupid. If Steve chooses to drink a beer right before he must submit a urine sample, well, there’s not much hope for Steve. However, an attorney can handle damage control in such areas. Perhaps a technical flaw marred the test.

If worst comes to worst and the judge forfeits bail and issues an arrest warrant, a proactive response is usually the best response.

Most people quickly arrange to turn themselves in. However, the process isn’t always straightforward. City jails usually don’t accept the surrender of persons with county warrants, or persons with warrants from other cities. Out-of-state warrants fall into this category as well. Most jails don’t want to bear the cost or the liability risk. If inmates get hurt or sick, they can usually sue the jail.

Location is only one consideration.  Time of day is important as well. People who surrender themselves on weekends or at night could be in for a very long wait. Usually, jailers only process surrendered suspects when they have nothing else to do. The middle of the day in the middle of a week is the best time.

Also, be sure your new bond paperwork is ready to go. Frequently, judges impose special bond conditions in these situations, such as a cash-only bond requirement. Defendants who are unprepared to satisfy these conditions could be in jail for a long time.

The sooner a criminal case ends, the sooner the bond obligations terminate. So, an attorney must work fast in these situations. If a plea bargain is in the defendant’s best interests, there’s usually no reason to wait. Just get it over with.

Additionally, pretrial release is often a good proving ground for probation. Some people have issues with authority and others have issues being at certain places at certain times. These skills are essential in pretrial release matters. They’re even more important during probation, since so much more is at stake. If a defendant had issues complying with bond conditions, a short jail sentence might be a better option than extended probation.