You are here: Home / Ga State laws / Is It Worth Fighting a Speeding Ticket in Georgia?

Nationwide, police officers issue millions of speeding tickets every year. A few motorists, typically young males who drive sporty cars, receive multiple speeding tickets in a short period of time. But the average drive goes a little more than six years between speeding tickets. If, like most people, you got a speeding ticket in 2016 and didn’t get another one until 2022, you might be shocked as to how much this environment has changed.

Traffic enforcement is much stricter. During pandemic lockdowns, when roads were mostly empty and traffic cops were nowhere to be found, many drivers put the pedal to the metal. Cobb County law enforcement agencies are determined to end this bad driving habit. Therefore, what was an official warning or a stern talking-to in 2016 is now a citation.

Judicially, things are different as well. Back in the day, judges often considered extenuating circumstances in speeding ticket cases. So, if there was an issue with the case, they either ruled in the defendant’s favor or at least allowed the defendant to take traffic school. But those days are long gone. Additionally, judges are stricter in terms of traffic school requirements. If you complete the class a day after the deadline, in most cases, the deal’s off.

In this new environment, it’s definitely worth fighting a speeding ticket in Georgia. The direct and indirect consequences, which have grown since 2000, are now almost impossible to avoid. In some ways, a Marietta criminal defense attorney helps turn back the clock. More aggressive law enforcement usually means police officers frequently take illegal shortcuts. When the case goes to court, if a valid defense exists, the judge must rule accordingly, whether s/he likes it or not. 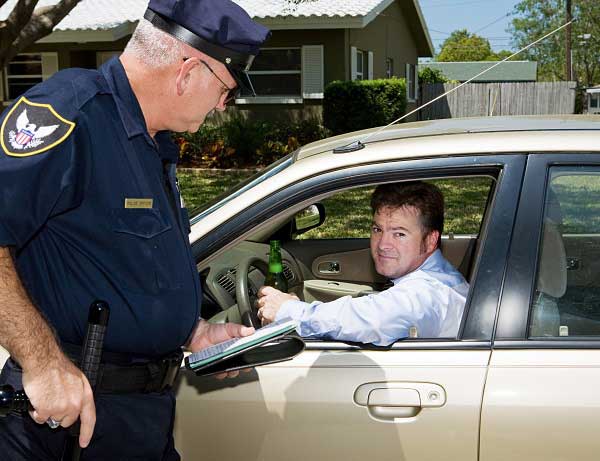 The basic speed law requires motorists to drive at a speed that’s “reasonable and prudent under the conditions and having regard for the actual and potential hazards then existing.” A prudent and reasonable speed on a warm and sunny day might by imprudent and unreasonable on an icy and dreary day.

Words like “reasonable” and “prudent” are very subjective. Back in the old days, if an officer testified the driver’s speed was unreasonable, that was good enough for most jurors. But those days are over. According to a recent Gallup poll, public confidence in police officers is at an all-time low. Jurors no longer give police officers the benefit of the doubt.

Typically, if police officers issue speeding citations on surface streets, they’re absolute violations. Basically, this infraction is traveling above the posted, or presumed, speed limit. These limits are as follows:

The 30mph speed limit on most surface streets nabs many unsuspecting motorists. Unless a sign says otherwise, the speed limit on major Marietta roads like Roswell and Fairground is 30mph.

Speeding tickets on interstate highways are usually super speeder tickets. Police issue these tickets if the defendant was traveling at least 85mph. In many places, 85mph is only slightly above the posted limit, so under the absolute speeding law, these defendants would face negligible penalties. Nevertheless, super speeder violations mean an additional $200 fine and additional points on a drivers’ license.

Technically, speeding is a misdemeanor in Georgia. A conviction could mean a year in jail. Usually, however, a speeding ticket means a fine. The fine varies, as follows:

Courts tack on an additional fine if the defendant was speeding through a construction or work zone. Moreover, most courts add court costs and other fees. Frequently, these costs and fees exceed the fine amount. All speeding tickets mean points on a drivers’ license. The number of points usually depends on the severity of the offense.

Direct consequences are just the beginning. On average, a speeding ticket increases auto insurance rates by 25 percent. But, the average is misleading. Speeding less than 14mph over the limit usually isn’t a big deal. Speeding more than 15mph over the limit is a very big deal. These drivers might see their rates double, or worse.

The typo on the ticket is the classic procedural defense in speeding ticket cases. Somehow, the rumor got started that even a minor spelling or grammar error on a ticket made it legally invalid. Usually, that’s not the case, thanks to an obscure doctrine called idem sonans is the biggest exception. IN Latin, idem sonans means “sounds alike.” In Legalese, this phrase means “close enough.” Smith and Smyth are close enough, 2010 Toyota and 2020 Toyota are close enough, and so on.

However, a typo could cause a fatal variance between the pleadings and the proof. If court documents state that the defendant was driving a pickup and the evidence shows a motorcycle was speeding, there’s no evidence to support the pleadings.

On a similar note, the aforementioned special speeding tickets, like school and construction zone tickets, often involve a procedural defense. Usually, school zone speeding tickets only hold up in court if children were present. Normally, children aren’t present at night and during school vacations.

The manner of enforcement is usually the most effective defense. Generally, police officers either use pacing or RADAR guns. Both enforcement methods have some serious flaws.

Essentially, pacing is guessing another vehicle’s speed. As mentioned, public confidence in police officers is very low. As a result, the officer’s estimate that the defendant as speeding usually isn’t enough for most jurors.

RADAR guns are quite accurate if the officer aims the gun at a single vehicle from a close range. If an officer aims a gun at a cluster of vehicles, the results prove one of them was speeding, but the results don’t prove which one was speeding. Additionally, RADAR guns basically shoot cones of radio waves at cars. The further the distance, the bigger the cone gets, and the more unreliable the results become.

Speeding tickets are difficult to prove in court. For a free consultation with an experienced criminal defense attorney in Marietta, contact the Phillips Law Firm, LLC. We routinely handle matters in Cobb County and nearby jurisdictions.