For a brief time, Bleckley County Sheriff Kris Coody was behind bars in Cobb County, after he was arrested for allegedly assaulting TV’s Judge Hatchett at an Atlanta hotel.

According to an arrest warrant, Sheriff Coody groped Hatchett’s breasts at the Renaissance Atlanta Waverly Bar, during the January 2022 Georgia Sheriffs Association meeting. After Sheriff Coody learned about the arrest warrant, he cut a church mission trip short and surrendered at the Cobb County jail.

“Sheriff Coody takes these charges very seriously and has retained legal counsel to guide him through this process. He will comply with all legal obligations placed upon him. Sheriff Coody understands and appreciates the efforts taken to protect the privacy of the victim in this case. It would be improper for Sheriff Coody to contact the other party at this time, but he looks forward to personally expressing his regrets for any offense at the appropriate opportunity,” he said in a statement.

Informer Statements, Warrants, and Probable Cause 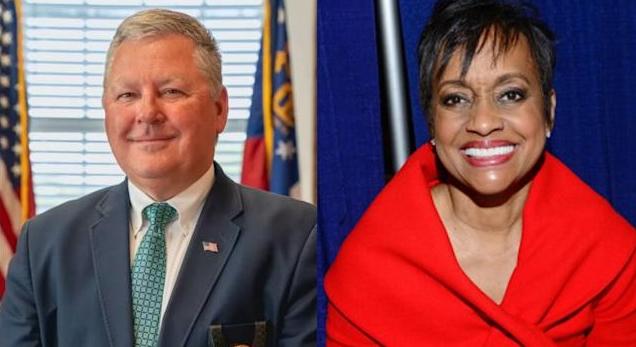 Alleged victims in assault and other such cases very rarely make up stories for publicity or other purposes. But these incidents have happened before, and they will happen again. Therefore, if an arrest or search warrant over-relies on informer testimony, Cobb County judges often scrutinize the warrant.

Domestic battery cases are another example. If there’s a parallel proceeding in family court, like a divorce or child custody proceeding, criminal judges often don’t issue ex parte protective orders. Instead, they tell these alleged victims that similar relief is available in civil court.

Once upon a time, courts applied rigorous rules to unusual situations to determine if an informer was reliable or not. Today, courts use a totality of the circumstances analysis in these situations. Some factors to consider include:

So, informer testimony is often not very reliable. However, the standard of proof, at least at his stage, is low. Officers must only establish probable cause. There’s no dictionary definition of probable cause.

If authorities issue an arrest warrant, a Marietta criminal defense lawyer can help the defendant book in and book out, in order to clear the warrant. This process could last a few minutes or a few hours.

Jail location matters. Theoretically, arrest warrants are valid throughout the United States. So, Sheriff Cody could have turned himself in while he vacationed in Hawaii. Typically, however, a county’s central jail is the best place to book in and book out. Elsewhere, the process might be delayed, even a city jail elsewhere in Cobb County.

So, in the right circumstances, defendants who turn themselves in might never leave the waiting room. Nevertheless, if you turn yourself into jail and a friend drives you, it better be a good friend, because s/he might have to wait several hours.

According to O.C.G.A. Section 16-6-22.1, “A person commits the offense of sexual battery when he or she intentionally makes physical contact with the intimate parts of the body of another person without the consent of that person.” Let’s briefly break these key elements down:

The state must prove all these elements beyond any reasonable doubt. That’s the highest burden of proof in Georgia law.

Lack of evidence on any of the aforementioned key points is usually the best sexual battery defense. Like other battery and assault cases in Georgia, sexual battery usually requires compelling testimony from the alleged victim.

So, undermining this witness’ credibility could be the key to a successful outcome. However, a Marietta criminal defense lawyer must walk a fine line in this area. The idea is to discredit the alleged victim without humiliating him/her.

We touched on one possible area, a parallel proceeding in family court, above. If jurors learn about such a proceeding, they could conclude the witness is biased. Since the burden of proof is so high, any question in this area should be enough.

Additionally, as was most likely the case in the above story, the alleged victim was usually drinking. Sheriff Hatchett and Judge Hatchett were in the hotel bar. Alcohol, even one or two drinks, blurs the senses and affects memory.

Sexual battery is an extremely serious offense. For a free consultation with an experienced criminal defense attorney in Marietta, contact the Phillips Law Firm, LLC. The sooner you reach out to us, the sooner we start fighting for you.