You are here: Home / Criminal / If I’m Attacked Away from Home, Should I Call a Marietta Personal Injury Attorney?

This question is an important one. After decades of decline, violent crime incidents suddenly increased in 2016. This category includes crimes that occur in private dwellings, like robberies, and crimes which occur away from home, like physical and sexual assaults.

Additionally, there are more and more mass shootings in America. 2017 was the deadliest year on record for these events.

Obviously, the evildoers who commit these crimes are largely responsible for these startling increases. Yet many times, a negligent property owner may have unintentionally set the stage for tragedy. 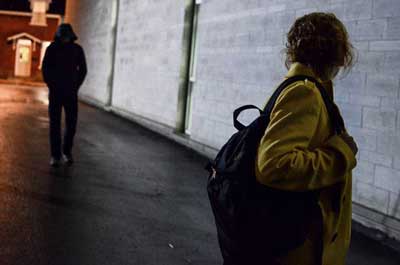 Marietta personal injury attorneys often deal with this issue. Georgia’s dram shop law, which applies in some alcohol-related car crashes, is a good example. The impaired tortfeasor (negligent driver) behind the wheel is directly responsible for the crash. But many times, there is more to the story. If the tortfeasor just came from a bar that negligently overserved her, that bar should be legally responsible as well. Otherwise, the bar owners will continue over serving patrons in order to make more money.

Liability theories like negligent security often play an important role in these cases. A serious assault often causes catastrophic losses, up to and including wrongful death. The victims deserve compensation for these losses. Many times, a negligent property owner is a victim’s best hope for fair compensation. These damages usually include money for economic losses, such as medical bills, as well as noneconomic losses, such as pain and suffering.

Many of the aforementioned incidents occur at public gathering places, such as shopping malls, concerts, restaurants, or movie theaters. In Georgia, the owner does not have the same legal responsibility to everyone who sets foot on the property. The Peachtree State’s premises liability law divides potential victims into three categories:

So, the duty of reasonable care protects most guests when they go to any commercial or residential property. This duty is twofold. First, property owners have a duty to keep the premises reasonably safe. That includes adequate security. Second, the owner has a duty to frequently inspect the premises to ensure these standards are maintained.

General Knowledge of a Defect

Establishing a duty of care in a negligent security case is just step one. Next, a Marietta personal injury attorney must establish general knowledge of the defect. Some common security defects that could lead to assaults include:

Owners are liable for defective security-induced injuries if they had actual or constructive (should have known about) knowledge of the defect.

Assume Samir is staying at a Marietta hotel. At night, the hotel owner used to employ an on-site security guard. But to save money, the owner fired the guard and hired a roving “courtesy patrol.” This remote security officer drives past the hotel once an hour, but is stationed several blocks away. Ralph has been watching the hotel for several days. He notices that the security guard is gone and that Samir is wearing a very expensive watch. Ralph robs Samir, Samir resists, and the encounter ends very badly for Samir, who is seriously injured.

Since Samir is an invitee and the owner knows about the security defect, the owner is liable for damages, right? We are almost there, but not quite.

Once upon a time, actions like Ralph’s broke the chain of foreseeability and owners were never liable for damages. The theory was that a third-party crime was a completely unforeseeable event.

The foreseeability requirement is still there, but lawmakers and judges have altered it in a very victim-friendly way. Now, at least in Georgia, such acts are foreseeable if:

The victim/plaintiff must establish all three of these things (duty, general knowledge, and foreseeability) by a preponderance of the evidence, or “more likely than not.” That’s the lowest standard of evidence in Georgia law.

Count on an Aggressive Lawyer

If you were hurt away from home, you may have legal options. For a free consultation with an experienced personal injury attorney in Marietta, contact The Phillips Law Firm, LLC. We can connect victims with doctors, even if they have no insurance or money.