No one is sure how many Cobb County nursing home residents are abused and neglected each year. These incidents are so under-reported that the available statistics are almost meaningless. Whatever the number is, it is too high.

There is a difference between nursing home abuse and neglect. Abuse is intentional conduct or misconduct. For some reason, the abuser wants to hurt the victim in some way. Neglect is a lack of ordinary care. These incidents may be unintentional, but they still hurt. 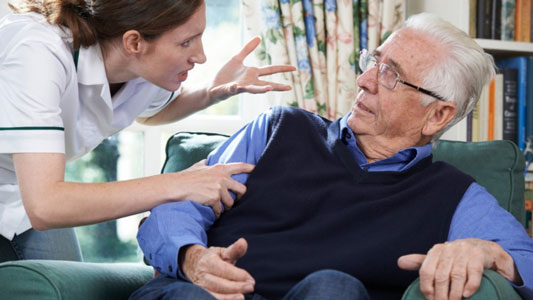 The nursing home owner is typically responsible for damages

The respondeat superior rule normally applies in nursing home neglect claims. This doctrine holds employers liable for the negligent acts their employees commit during the scope of employment. Georgia courts define both elements of respondeat superior in broad, victim-friendly terms.

In abuse and other intentional tort claims, either the negligent hiring or negligent supervision doctrine usually applies. Negligent hiring is employing an incompetent person to do a job. That incompetency could be a gross lack of qualifications, a criminal record, or a gross lack of experience. Negligent supervision is failing to uncover problems in the workplace, or ignoring such problems.

Although the top five types of nursing home abuse and neglect are very diverse, there is a common denominator. Most nursing homes are dangerously understaffed, especially on weekends and other low census periods. Understaffing sets the stage for all kinds of abuse and neglect.

Pressure ulcers are perhaps the most common and most preventable type of nursing home neglect in Marietta.

Even if they stay in bed for hours, days, or weeks at a time, people never develop bed sores if they turn over in bed. Typically, if the patient turns every two hours, the patient never develops bedsores or only develops Stage I pressure ulcers.

Stage I pressure ulcers usually go away by themselves. Stage II bedsores are slightly more serious. Stage III and Stage IV pressure ulcers are often life-threatening, especially if the patient is physically weak or has pre-existing medical conditions.

Understaffed nursing homes often breed serious bedsore injuries. Many residents are unable to turn themselves over in bed. If the nursing home reduces rounds during the overnight hours, or reduces the number of staff members on each round, residents may not be turned. Additionally, some undertrained or underqualified nursing home workers may not be able to spot bedsores. So, they get worse.

These incidents are extremely disturbing, to say the least. It’s not unusual for staff members to kick, punch, push, and throw helpless residents. Many residents are physically frail or have pre-existing conditions. As a result, a tiny amount of physical force may cause a very serious injury.

Understaffing often causes such incidents. When staff members must supervise many residents at once, they often have little patience. Many nursing home residents are like small children. They do not intend to be disruptive or difficult, but they are. In staff-on-resident abuse situations, a moment of frustration can cause immense pain and suffering.

Slip-and-fall injuries are very common in nursing homes. Understaffed long-term care facilities usually do not have designated staff people that keep residents out of construction zones and other dangerous areas. Furthermore, many nursing home residents suffer from Age-related Macular Degeneration. This degenerative eye condition impairs the straight-ahead vision people need to see floor hazards and maintain their balance when they stumble.

First, victim/plaintiffs must establish legal duty. The landowner only has a responsibility to prevent falls if the victim was an invitee. These people respond to the owner’s invitation and benefit the owner in some way. Residents who are behind on their payments may not qualify as invitees. Given declining per-patient Medicare reimbursements, the same thing might be said about nursing home residents in general. Additionally, nursing home lawyers almost always argue that nursing home visitors are not invitees.

Second, victim/plaintiffs must establish knowledge. Marietta personal injury attorneys can use direct evidence on this point. That evidence could be an open repair invoice or an internal memo that warns of a fall hazard. Circumstantial evidence of constructive knowledge (should have known) is admissible as well.

Nursing home owners and nursing home staff could both financially abuse the residents inside the long-term care facility.

To exercise control over their financial estates, many nursing homes file legal guardianship papers. If a court approves this request, the nursing home, and not the family, controls the resident’s financial assets.

Unsupervised and unscrupulous employees often financially abuse residents as well. Common examples include tricking residents into signing financial documents, lying to obtain money (e.g. “your grandson is in jail and needs bail money”), and simply stealing money or valuables from a room.

Financial abuse is one of the most under-reported types of abuse and neglect. Some residents do not realize they have been abused. Others are too embarrassed to come forward.

Understaffing is arguably the reason that resident-on-resident violence is the fastest-growing type of nursing home abuse.

As mentioned, many nursing home residents are childlike. Petty disputes often break out over seemingly trivial matters like a preferred table in the dining area. If no one breaks up the argument, it quickly becomes violent.

On a related note, many nursing home residents aimlessly wander. And, many residents in crowded nursing homes are very protective of their privacy. So, if a resident unintentionally wanders into another resident’s room, violence could ensue.

Nursing home abuse and neglect often cause serious injuries. For a free consultation with an experienced personal injury attorney in Marietta, contact The Phillips Law Firm, LLC. You have a limited amount of time to act.