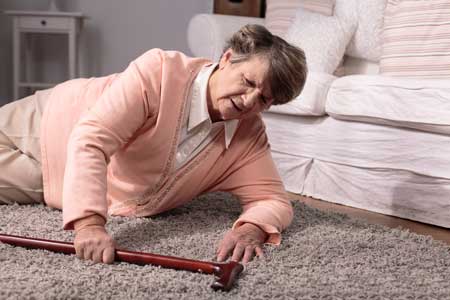 Falls, out-of-control pressure ulcers, and resident-on-resident violence are the three most common forms of nursing home neglect. They all have a common denominator. Understaffing is that common denominator, and the crisis did not erupt overnight.

Medicaid is the lifeblood of most long-term care facilities. In the 1990s, this program lowered reimbursement rates and also changed reimbursement patters. Rather than pay for each staff-resident contact, Medicaid began paying per patient.

As a result, many nursing homes tried to make up lost revenue by adding patient volume. So, many Cobb County nursing homes are constantly under construction. They are also at or near full capacity, which means staffing resources are stretched to the limit. This understaffing affects falls and resident-on-resident violence.

Additionally, the new payment scheme means that nursing homes lose money during each staff-resident interaction. So, this contact has been pared to the bone. This lack of interaction gives problems like pressure ulcers a chance to develop.

Over half of nursing home residents sustain a serious fall each year. These individuals are more likely to fall and more likely to suffer a major injury.

As we get older, many of us suffer from Age-related Macular Degeneration. Fat deposits form near the pupil, so the pupil does not allow as much light to reach the retina. As a result, macular vision, which is straight-ahead vision, gets blurry. Many times, the symptoms are so mild that people do not even know they have AMD until they are in a low-light room and they cannot see floor obstructions which are directly in front of them.

Additionally, many nursing home residents have pre-existing conditions. That could be an old injury, like a prior knee injury, or a chronic illness, like osteoporosis. So, when they stumble and fall, they have a hard time recovering from their injuries. In fact, most senior citizens who fall can never live independently again.

As mentioned, nursing homes usually contain construction areas. That means wet spots on floors, partially constructed areas, and other hazards. Most people can see such obstructions and avoid them. They can also see and heed the “Construction Zone” signs that are usually in front of these areas. But due to AMD, many seniors cannot do these things.

ROR violence is more directly related to nursing home understaffing, which may be why resident-on-resident abuse is one of the fastest growing issues in Cobb County long term care facilities.

Mentally, many nursing home residents are like small children. Fights and territorial squabbles often erupt in common areas. In a low staffing environment, common area chaperones are often the first thing to go. With no one there to break up the fight, it soon becomes violent. Many residents are so physically frail that a little excessive force causes serious injury.

This same scenario often occurs in private rooms. With so many people around in a crowded facility, many residents value their privacy. When another resident unassumingly wanders into their room, the take offense. Unless a staff member arrives quickly, which probably will not happen in an understaffed environment, things could end very badly.

Physical violence is not the only form of resident-on-resident abuse. Other kinds of ROR abuse include financial, emotional, and sexual abuse.

Understaffing contributes to bedsore development both directly and indirectly.

Bedsores are open sores which often develop on bony areas of the skin, such as the knees and heels. Anyone could develop a bedsore. But as long as the patient turns in bed every two hours, everything is fine. However, many nursing home residents cannot turn themselves over in bed. They are either too heavily medicated to be aware of time passing or too weak to turn themselves over. Qualified staff must help.

Understaffing sometimes means under qualification. To save even more money, some administrators hire lower qualified employees. For example, they may assign duties to a patient care technician that a licensed vocational nurse should probably handle. As a result, the workers that make rounds may not be able to recognize early stage bedsore development.

In other situations, these rounds never occur at all, especially at nights, on weekends, and during other low census periods. Or, only one or two people go into a room. That may not be enough manpower to turn a patient over in bed.

If caught early enough, pressure ulcers usually go away on their own. If they fester for even a little while, they quickly become life-threatening.

In premises liability claims like these, victim/plaintiffs must establish both duty and knowledge.

Most nursing home neglect victims are invitees. These people have permission to be at the facility and their presence benefits the owner, since they or their families pay money for them to stay there. As a result, nursing home owners have a very high duty of care. Owners must ensure that the nursing home is reasonably safe. Additionally, owners must authorize frequent safety inspections.

Moreover, victim/plaintiffs must prove that the owner had actual or constructive knowledge (knew or should have known) about the dangerous property condition. Sometimes, a Marietta personal injury attorney uncovers a “smoking gun” during discovery. But typically, victim/plaintiffs must use circumstantial evidence of constructive knowledge, and that means the time-notice rule.

The victim/plaintiff must establish each element of the claim by a preponderance of the evidence (more likely than not).

Count on a Tenacious Lawyer

Nursing home owners have a duty to guard against fall, bedsore, assault, and other injuries. For a free consultation with an experienced personal injury attorney in Marietta, contact The Phillips Law Firm, LLC. We do not charge upfront legal fees in negligence cases.