You are here: Home / Ga State laws / What You Should Know About Car Crash-Induced Brain Injuries

Head injuries send more than 1.5 million Americans to hospital emergency rooms every year, and car crashes cause about two-thirds of these incidents. Even though these injuries have high fatality rates, as outlined below, many of these victims do not get the treatment they need.

The frequency and severity of car crash-induced Traumatic Brain Injuries underscores the need for an assertive Marietta personal injury attorney. A lawyer can address TBI issues in many ways, and some of these ways may surprise you.

How Do Vehicle Collisions Cause Head Injuries? 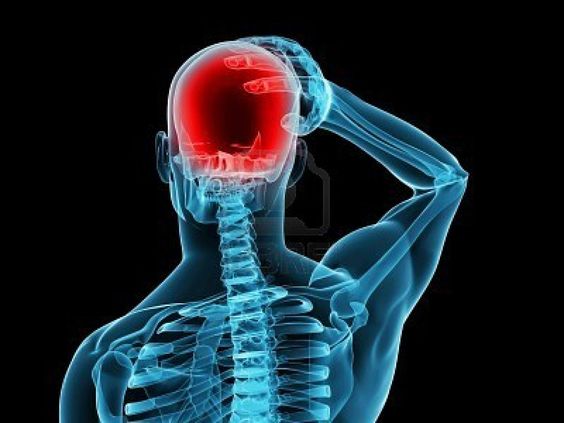 These incidents cause such a high proportion of head injuries because the typical car crash involves all three typical TBI causes:

As mentioned, many head injury victims do not receive the proper treatment. Doctors frequently misdiagnose early symptoms, especially in car crash-induced brain injuries. If victims are confused, doctors may conclude that they are in shock. Moreover, not all victims suffer signature symptoms, such as unconsciousness and vomiting.

There is another reason brain injuries are hard to diagnose. The brain often conceals its own injuries. So, many people say they “feel fine” when, in fact, they are seriously injured. That’s why many concussed football players ask their coaches to put them back in the game.

By the time victims begin suffering more advanced symptoms, such as headaches, mood swings, and tinnitus (ringing in the ears), the injury is usually much more difficult to treat.

Eventually, brain injury victims experience dementia-like symptoms and other symptoms that may be fatal.

Getting Help for a Brain Injury

TBIs are permanent. Soon, doctors may be able to use stem cells to reverse brain damage. But for now, and for the foreseeable future, once brain cells die, they do not regenerate.

At both the surgery and physical therapy stages, a Marietta personal injury attorney provides invaluable assistance.

Brain surgery costs usually exceed $150,000 in medical bills alone. For liability reasons, many health insurance companies do not pay car crash-related expenses. Most people do not have the resources to pay these costs.

In these situations, attorneys send letters of protection to brain surgeons. These letters guarantee payment when the case is resolved. So, the doctor charges nothing upfront. Instead, the doctor defers billing until the victim’s settlement comes through. In the interim period, an attorney can negotiate with the provider and obtain a lower fee. So, many victims get to keep more of their settlement money.

Attorneys make the same financial arrangements with physical therapists. Additionally, lawyers advocate for victims during this time. As mentioned, progress is uneven, so many insurance companies try to pull the financial plug. An attorney helps ensure that funding continues, so recovery can continue as well.

Obviously, these letters are only effective if the victim/plaintiff has a credible negligence claim. Legally, negligence is generally a lack of care. This principle comes to us from the 1932 case Donoghue v. Stevenson, which many consider to be the granddaddy of all negligence cases.

The plaintiff was enjoying a bottle of beer until she found a decomposed snail at the bottom of it. She sued the beer bottler for negligence, which was almost completely unheard of at the time. She advanced the novel proposition that “it was the duty of the defender to provide a system of working his business that was safe, and would not allow snails to get into his ginger beer bottles (including the said bottle).”

In finding for the plaintiff, the court created the neighbor principle. “The rule that you are to love your neighbor becomes in law, you must not injure your neighbor. [So] you must take reasonable care to avoid acts or omissions which you can reasonably foresee would be likely to injure your neighbor, [or] persons who are so closely and directly affected by my act that I ought reasonably to have them in contemplation as being so affected when I am directing my mind to the acts or omissions which are called in question.”

The neighbor principle soon became the duty of reasonable care. Truck drivers and other commercial operators are common carriers under Georgia law, so they have a higher duty of care. Not long thereafter, courts added the negligence per se doctrine. If the tortfeasor (negligent actor) violates a safety law, like failure to yield the right-of-way, the tortfeasor is liable for car crash damages as a matter of law.

Count on a Savvy Lawyer

Car crashes often cause permanent brain injuries. For a free consultation with an experienced personal injury attorney in Marietta, contact The Phillips Law Firm, LLC. We do not charge upfront legal fees in negligence cases.