The first thing to understand in the claims process is that, in most cases, a car crash is not an accident. As former National Traffic Safety Administration director Mark Rosekind said: “When you use the word ‘accident,’ it’s like, ‘God made it happen.’” As outlined below, that’s hardly ever the case.

Indeed, turn-of-the-twentieth-century factory owners were among the first people to use the a-word in this context. At the dawn of the Industrial Revolution, factories were extremely dangerous places and serious injuries were common. Owners started calling these incidents “industrial accidents” to shift blame away from their unsafe facilities and onto supposedly negligent workers. 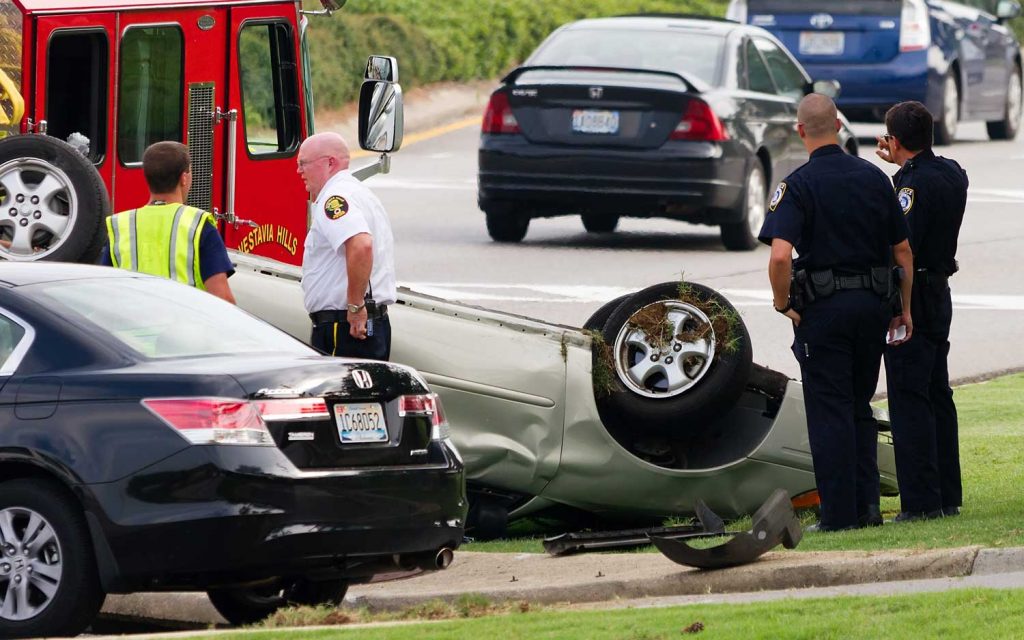 Much later, as MADD and other advocacy groups began rising in the 1980s, drunk drivers said the same thing when they caused fatal vehicle collisions.

So, vehicle collisions are generally not accidents. However, they are not intentional either, at least in most cases. That’s the foundation of negligence law in Cobb County. We all make mistakes, and we must all accept the consequences of our mistakes. In this context, those consequences usually include compensation for economic losses, such as medical bills, and noneconomic losses, such as pain and suffering.

Most of these claims settle out of court, and they may settle at any point. Nevertheless, the following outline should give victims a good idea as to how a Marietta personal injury attorney works to resolve car accident claims.

The process is top-heavy. If attorneys work diligently in the early going, it is much easier to successfully resolve these matters.

The police accident report, the victim’s statement and medical bills are usually the three pillars of evidence. Sometimes, these pillars are enough. But that’s not true in all cases.

Accident reports are often incomplete or inaccurate. Emergency responders do the best they can after a very limited investigation. But they sometimes overlook evidence. And, even the most experienced first responder is not an accident reconstruction professional.

Perhaps most importantly, the police accident report is often biased. If the victim was seriously injured or killed, the report only contains the tortfeasor’s (negligent driver’s) side of the story.

Similarly, when victims take the stand in court and tell their stories, something almost mystical happens. These episodes are usually quite compelling. And, given the low burden of proof in civil claims, such testimony is usually legally sufficient to establish negligence.

But many car crash claims are quite complex, and the insurance company may have a valid defense. Furthermore, especially in serious injury claims, the victim’s testimony may be shaky or unavailable.

Medical bills establish economic losses. They usually include treatment notes as well. These notes give an added dimension to the cold, hard facts. But even treatment notes cannot accurately reflect the pain and suffering that victims must endure.

So, Marietta personal injury attorneys must often collect additional evidence in these cases. Crash witnesses and post-crash witnesses can shed light on important facts about the crash and important details about the victim’s pain and suffering.

There is also a vehicle’s Event Data Recorder. Most new vehicles have EDRs, which are basically like the black box flight recorders in commercial jets. So, they provide critical data about vehicle speed and other operational details.

As mentioned, negligence is basically a driving mistake. That mistake could be a lack of ordinary care, such as driving while fatigued, or a violation of a statute, such as driving while intoxicated. In ordinary negligence claims, victim/plaintiffs must establish not only a legal duty but breach of a legal duty, cause-in-fact, proximate cause (foreseeability) and damages.

In negligence per se claims, victim/plaintiffs need only establish that the tortfeasor violated a safety law and that violation substantially caused the crash.

There are several insurance company defenses as well. Contributory negligence is probably the most common one. This legal theory shifts blame for the accident from the tortfeasor to the victim. For example, one driver may have been speeding when the other one made an illegal lane change. Georgia is a modified comparative fault state with a 50 percent bar. So, even if the tortfeasor was only 50 percent responsible for the crash, the victim still receives a proportionate share of damages.

Based on the law and facts, as well as some intangible factors, a Marietta personal injury lawyer sends a demand letter to the insurance company. Generally, this letter cannot go out until medical treatment is at least substantially complete. Otherwise, an attorney might demand too much or too little money in exchange for a legal waiver of claims.

If liability is reasonably clear, most insurance companies have a legal duty to settle most claims quickly. But because of the issues outlined above, there is almost always at least some question as to liability. So, in many situations, the claim continues to the next phase.

Sometimes, it is necessary to file a lawsuit in order to preserve the victim’s legal rights. If an attorney waits too long, the judge could throw the entire matter out of court.

Insurance companies routinely file procedural motions which seek claim dismissal. These motions almost always fail, unless the victim/plaintiff has no evidence to support the claim. In other words, as long as attorneys do their homework, they usually do fine on the tests.

Assuming the claim survives pretrial motions, most Cobb County judges refer these matters to mediation, which is a form of alternative dispute resolution.

During mediation, a neutral third party, who is usually an unaffiliated Marietta personal injury attorney, works to facilitate a settlement between the victim and insurance company. To do so, the mediator reviews the file, listens to brief oral arguments from each side, and then conducts shuttle diplomacy. The mediator conveys settlement offers and counteroffers back and forth until, hopefully, an agreement is reached.

If both parties negotiate in good faith, mediation is usually successful. “Good faith” means that both parties are upfront, have open minds, and are willing to make some sacrifices to get a deal done.

Rely on an Assertive Lawyer

Most car crash claims follow the same procedural outline. For a free consultation with an experienced personal injury attorney in Marietta, contact The Phillips Law Firm, LLC. We routinely handle matters in Cobb County and nearby jurisdictions.

In 2021, Cobb County had one of the highest arrest rates in the state. The direct consequences of a … END_OF_DOCUMENT_TOKEN_TO_BE_REPLACED

A Lumpkin man, who now faces about a half-dozen criminal charges, is the latest person to get caught … END_OF_DOCUMENT_TOKEN_TO_BE_REPLACED

Several things happen if you refuse a Breathalyzer in Georgia. To encourage, or rather force, more … END_OF_DOCUMENT_TOKEN_TO_BE_REPLACED

Historic violent crime levels are prompting citizens to go to the polls in 2022. Although everyone … END_OF_DOCUMENT_TOKEN_TO_BE_REPLACED