You are here: Home / Personal Injury / What You Need to Know About Swimming Pool Injuries

Memorial Day, and the unofficial beginning of summer, is just around the corner. Summer means hot dogs, lemonade, ice cream, swimming pools, and swimming pool injuries. In 2017, only four other states had more swimming pool drownings than Georgia. These incidents are just the most newsworthy related serious pool injuries. There are others as well. Some of them are outlined below. 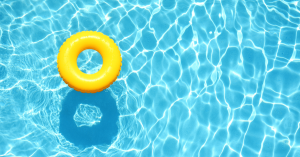 Typically, a Marietta personal injury attorney settles these claims out of court. In many cases, this settlement occurs before court paperwork is even filed. In other situations, a personal injury case may go several months, or even longer, before it settles. There are a lot of variable involved.

Unintentional drowning is the leading cause of death for children under 4. It’s among the leading causes of death in other age groups as well. Children are especially susceptible to drowning deaths because their bodies are so small. After just a few seconds without oxygen, the brain begins shutting down internal organs. Children simply have more to lose than adults.

Chemical burns are a serious problem as well. Swimming pool cleaning chemicals, like chlorine, are incredibly toxic. If the chlorine level is even a bit too high, many people, especially children, could sustain chemical burns in their eyes, ears, noses, and throats. These painful injuries are difficult to treat.

Sometimes, the issue is a lack of chemicals. Usually because they are afraid of chemical burns, many pool owners do not put enough cleaning chemicals in the water. As a result, dangerous bacteria flourishes, especially as the water warms later in the summer.

Finally, the pool’s equipment may not be working properly. Two of the most common equipment problems are:

To obtain damages against a pool owner, the victim/plaintiff must prove negligence, or a lack of care, by a preponderance of the evidence (more likely than not). The level of care depends on the relationship between the victim and property owner.

Sometimes, the law sets the standard of care. Georgia law has very rigid pool safety standards. For example, private pools must have safety fences that completely surround the water and a self-latching gate which operates from the pool side. If the pool violated these standards, and the violation substantially caused the victim/plaintiff’s injury, the owner may be liable for damages as a matter of law.

In both ordinary negligence and negligence per se cases, the victim/plaintiff must prove that the owner had actual or constructive knowledge (knew or should have known) about the defect or hazard. So, lack of knowledge is a very common defense.

Sometimes, there is a “smoking gun” which proves actual knowledge. An unpaid repair invoice or a government safety inspection report is a good example. In constructive knowledge cases, most Cobb County courts use the time-notice rule. If the hazard or defect existed for a long time, the owner should have known about it.

The assumption of the risk defense also comes up in many premises liability claims, including swimming pool injury cases. This affirmative defense if the victim/plaintiff:

Swimming in a pool is almost always a voluntary act, unless someone throws another person into the pool. A known risk, however, is a different story. Many victims have limited reading and/or English skills. They cannot read a sign like “No Lifeguard on Duty.” Or, they may not be able to understand what it means. Additionally, non-drowning injuries, like chemical burns, are never a known risk. No one expects to go swimming and be exposed to chlorine gas.

Work with an Experienced Lawyer

Swimming pool injury victims have several legal options. For a free consultation with an experienced personal injury attorney in Marietta, contact The Phillips Law Firm, LLC. We routinely handle matters in Cobb County and nearby jurisdictions.