Breaking Down Bicycle Accidents in Marietta

For various reasons, more people are riding bicycles. For some people, it’s a good form of exercise. For others, it’s simply an efficient way to get around, especially if you are a child or only commute short distances.

With more bicycles on the road, the overall number of vehicle-bicycle collisions has declined somewhat. But the fatality/serious injury rate has increased significantly since 2015.

These types of injuries create both medical and financial issues, and a Marietta personal injury attorney can assist in both these areas. Many crash victims do not have enough money, or sufficient insurance, to see doctors. So, an attorney connects victims with the treatment they need at no upfront cost. Attorneys also obtain damages in bicycle accident cases. These damages normally include money for economic losses, such as lost wages, and noneconomic losses, such as pain and suffering. 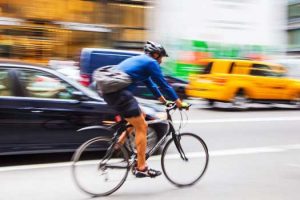 To accommodate the increasing number of bicycle riders, many Cobb County cities have made some physical changes. Designated bicycle lanes are now common in downtown areas. Unfortunately, such efforts might do more harm than good, because of bikelash.

Designated bicycle lanes shrink automobile traffic lanes. So, many drivers resent bicycle riders. Because of that resentment, they are more careless. On the other side, limited bicycle lanes offer little protection. To keep cyclists safe, large pylons usually need to separate bicycle and vehicle traffic. Mostly due to bikelash, many motorists fight these initiatives. At the same time, the few bicycle lanes attract more riders, but they are at the mercy of high-speed traffic until they reach a lane. More on the speed factor below.

Driver inattention, especially when combined with driver prejudice, is usually negligence. If a lack of ordinary care, such as failing to maintain a proper lookout, substantially caused the victim/plaintiff’s injuries, and the driver’s conduct fell below the standard of care, the tortfeasor (negligent driver) may be liable for the damages outlined above.

Speed is an important factor as well, both in terms of the risk of a collision and the injuries resulting from that collision.

Speed-related accidents often involve the negligence per se doctrine. Tortfeasors are liable for damages as a matter of law if:

Even if the tortfeasor was driving below the speed limit, the tortfeasor may still be guilty of speeding. The posted speed limit is a presumptively reasonable speed. If traffic, weather, or other conditions require a slower speed, all drivers must slow down. 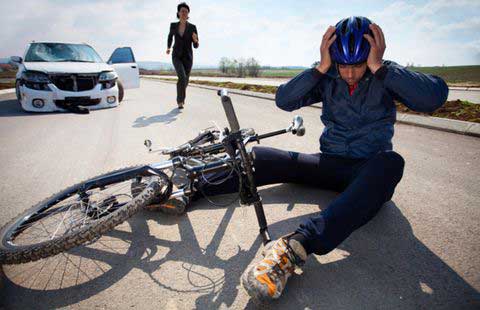 Your claim for damages begins with a doctor’s visit and evidence collection. These two events are closely related, and they must be done quickly.

Vehicle collision injuries, like head injuries, usually get much worse if they are not properly treated. Additionally, if the victim does not go to the doctor straight away, the insurance company may argue that the victim’s injuries must not have been very serious.

Other evidence is very important as well. The police accident report is usually very important, but this report may be incomplete or inaccurate. Even the most experienced emergency responder is not an accident reconstructionist. So, the critical accident narrative may be incomplete. Additionally, if the victim was killed or seriously injured, as is often the case, the victim may have been unavailable to give a statement. So, the police accident report only contains one side of the story.

Fortunately, there are other sources of evidence that may give a better picture of the accident. Such evidence includes:

Evidence is important because the victim/plaintiff must establish responsibility for damages by a preponderance of the proof (more likely than not).

Once the evidence is in place and medical treatment is at least substantially complete, an attorney usually begins settlement negotiations with the insurance company. If your lawyer settles your claim too early, the amount may be less than full value, and you only get one bite at the apple. These pretrial negotiations are almost always successful. Roughly 95 percent of civil cases settle before trial. Many times, that settlement occurs before the victim even files formal court papers.

Contributory negligence is probably the most common defense in bicycle crash claims. This legal doctrine shifts blame for the accident from the tortfeasor onto the victim. Some riders do not obey all the rules of the road. For example, they do not stop completely at stop signs. In cases like that, the jury must apportion responsibility between the two parties.

Georgia is a modified comparative fault state with a 50 percent bar. So, if the tortfeasor was at least 50 percent responsible for the crash, the victim still receives a proportional share of damages.

Last clear chance is a lesser-used defense. If the victim had a reasonable chance to avoid the crash but did not do so, the victim is legally responsible for damages.

This defense is not used very much because it is generally inapplicable. It’s very difficult to maneuver a bicycle in an emergency without losing control. Furthermore, there is such a weight differential between a vehicle and a bicycle that there was probably nothing the victim could do to avoid the crash.

Bicycle riders are often seriously injured in vehicle collisions. For a free consultation with an experienced personal injury attorney in Marietta, contact The Phillips Law Firm, LLC. Home and hospital visits are available.

A 36-year-old man, who was allegedly intoxicated when he lost control of his pickup on Interstate … END_OF_DOCUMENT_TOKEN_TO_BE_REPLACED

Almost before their seats were warm, lawmakers in the very first session of Congress began … END_OF_DOCUMENT_TOKEN_TO_BE_REPLACED

For most state agencies, the new fiscal year starts July 1. So, to many lawmakers, International … END_OF_DOCUMENT_TOKEN_TO_BE_REPLACED

A former football icon is expected to easily win the Republican Party’s nomination for the U.S. … END_OF_DOCUMENT_TOKEN_TO_BE_REPLACED