You are here: Home / Ga State laws / What is a Super Speeder?

If you’re caught on a two-lane road speeding at 75 mph or more, then you will mostly likely be cited as a super speeder under O.C.G.A. § 40-6-189. This designation also applies if you’re traveling 85 mph or more on Georgia highways and roads. You will be subject to jurisdictional fines as well as the $200 super speeder fee levied by the Department of Driver Services (DDS). 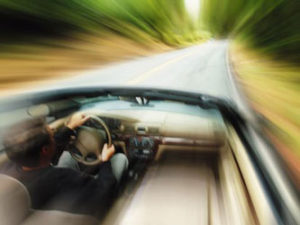 Aside from the fine, you may also be subject to an increase in your insurance rates. You may also have points added to your license, which could result in the loss of driving privileges. The Super Speeder is considered reckless driving and is a criminal misdemeanor. This will reflect on background checks and perhaps limit your employment.

What is the Process for Payment?

The DDS should send you a notice within 30 days of receiving your ticket, and you have 90 days after receiving your notification to pay the fine. If you fail to do so, you risk having your license suspended. The DDS will add an additional $50 on top of the super speeder fee to reinstate your license.

What’s So Bad about Speeding?

According to the Insurance Institute for Highway Safety (IIHS), speeding led to fatalities in 27% of all vehicle accidents and has been the case since 2005. The IIHS states that the percentage of fatalities was higher on minor roads than on highways and major roads. As you might suspect, the fatality rate increased with increased rate of speed. In fact, wrecks involving speeds of over 55 mph caused 48% of the fatalities.

Although this information is common sense, it also serves as a reminder. Speed limits your ability to respond to cars pulling in front of you or other unexpected situations. Any increase in speed also increases the force of impact, potentially causing more serious injuries or death. The limits are made for safer traveling.

What Does the Super Speeder Fees Support?

The fees collected by the DDS fund statewide trauma centers and are managed by the State Treasury. About 60% of patients at trauma centers are victims involved in accidents, and these fines will improve the centers with hospital beds and other necessities.

Can You Fight a Super Speeder Ticket?

Yes, you can. Your criminal defense attorney can represent you in court and potentially negotiate a speed of less than 15 mph on your ticket, which will not be reported to the DDS. Your attorney can also argue against the method used in capturing your speed by questioning its calibration, its proper use, distance from you, and if its been maintained. Fighting your ticket can limit the penalties listed above.

Several things happen if you refuse a Breathalyzer in Georgia. To encourage, or rather force, more … END_OF_DOCUMENT_TOKEN_TO_BE_REPLACED

Historic violent crime levels are prompting citizens to go to the polls in 2022. Although everyone … END_OF_DOCUMENT_TOKEN_TO_BE_REPLACED

After a jury convicted him, a Winterville, Georgia man who allegedly tried to hook up with a … END_OF_DOCUMENT_TOKEN_TO_BE_REPLACED

In Georgia, and most other states, all parenting time and child custody decisions must be in the … END_OF_DOCUMENT_TOKEN_TO_BE_REPLACED