An 11-year-old boy who was “celebrating Halloween,” according to the Atlanta Police Department, is dead after a motorist struck him as he allegedly stepped out into the street.

Investigators are unsure if the motorist left the road and hit the boy as he was standing on the sidewalk, or if the collision happened as he stepped into the street outside a crosswalk. The driver, who remained at the scene, has not been charged with a crime. One witness said he tried to comfort the boy while he clung to life after the accident. “I had my nephew run in the house to get him a blanket over him and I’m talking to him saying ‘come on little man you’re going to be alright,’” the man told a media outlet.

Another witness claimed the road itself was dangerous since the speed limit is too high. “For those of us that have been working to slow down Memorial – this is what we’ve been afraid of all along,” he lamented. 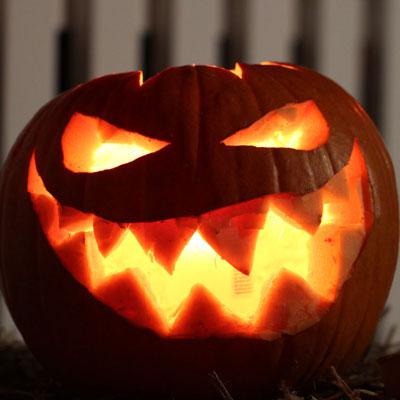 One would think that motorists would be more aware of pedestrians on a day like October 31. But a recent twenty-five-year study concluded that pedestrians are 50 percent more likely to die on Halloween than on any other day of the year. The Halloween fatality rate is especially high when October 31 falls on a weekday. Although the duty of care requires drivers to slow down when they know there are pedestrians nearby, many motorists ignore this responsibility. More on that below.

Vehicle speed is directly related to the pedestrian death and serious injury rate. If the tortfeasor (negligent driver) is moving slower than 20mph at the time of impact, the pedestrian death rate is less than 10 percent. Unfortunately, most pedestrian accidents happen outside crosswalks and in non-intersections. So, the at-fault driver is usually moving a lot faster than 20mph.

Speed is a one-two punch. It increases the risk of a crash as well as the force in a collision. Velocity multiples stopping distance. At 30mph, stopping distance (the distance a car covers in the time it takes a driver to safely stop it) is about six car lengths. At 60mph, this length triples to eighteen car lengths. Furthermore, according to Newton’s Second Law of Motion, speed multiplies the force in a collision. A low-speed fender bender is a high-speed serious injury accident.

Speed has such an enormous impact that younger victims often don’t survive these accidents. Wrongful death claims are a bit different from injury claims in some important ways.

Frequently, financial compensation feels somewhat empty in these situations. No amount of money can possibly fill the void that a child’s untimely death creates. However, compensation somewhat relieves the grief and helps survivors move on. That’s what the decedent would have wanted. The compensation itself is a bit different as well. Georgia law usually limited wrongful death claimants to pecuniary losses, such as:

Some of these items, particularly lost future support, are difficult to calculate. So, a Marietta personal injury attorney often works with psychologists, accountants, and other such professionals in these situations.

What about the survivors’ own grief and suffering? We’re glad you asked.

If parents witness their children’s injuries, they usually fall inside the legal zone of danger. This idea comes from 1928’s Palsgraf v. Long Island Railroad Company. As Ms. Palsgraf and her teenage daughters waited for a train to Rockaway Beach, a passenger on the other side of the platform dropped a package of fireworks, which exploded. Either the blast or the fleeing passengers caused a large set of scales to topple onto poor Ms. Palsgraf, who never saw it coming.

One judge concluded that, although the passenger didn’t directly injure Ms. Palsgraf, she was within the zone of danger and therefore eligible for compensation from the railroad. This rule has been modified over the years and now usually only applies to parents and children.

Alternatively, a Marietta personal injury attorney can file a separate claim, using a theory like negligent infliction of emotional distress.

We mentioned the duty of care and speed above. Most drivers have a duty of reasonable care. They must obey the rules of the road, avoid accidents when possible, and adjust to conditions. Speed is a good example of this adjustment. Drivers must slow down when the road is wet, the sky is dark, or conditions are otherwise less than ideal. They must also slow down when they know, or should know, that pedestrians are in the area, and these pedestrians may not stop and look both ways.

Speed-related collisions could involve the negligence per se rule as well. Tortfeasors (negligent drivers) could be liable for damages as a matter of law if:

Establishing liability is only part of a negligence case. A number of insurance company defenses are available in pedestrian accident claims. Comparative fault is probably the biggest one.

Contributory negligence shifts blame for an accident from the tortfeasor to the victim. In pedestrian accident claims, comparative fault is usually a failure to stop and look both ways. Although motorists have a duty of care, pedestrians have a similar duty to watch out for their own safety.

If there is evidence of comparative fault, jurors must divide responsibility on a percentage basis. Georgia is a modified comparative fault state with a 50 percent bar. So, if the tortfeasor is at least 50 percent responsible for the wreck, the victim is entitled to a proportionate share of damages.

Driver error, and driver error alone, causes most car accidents. However, there is sometimes a contributing cause, such as a pedestrian’s irresponsibility. A defective road is another possible contributing factor.

Frequently, the sovereign immunity doctrine applies to design issues. It’s hard to sue government workers for discretionary matters which involve judgement calls, like how to design a road, unless the designers ignored concerns like dangerous curves or an improperly high speed limit.

Ministerial acts are different. This category includes things like adjusting the speed limit based on traffic patterns, filling potholes, and other acts which require no discretion or judgement. Sovereign immunity normally does not apply in such situations.

Procedurally, Georgia’s joint and several liability laws are quite complex. These laws dictate financial responsibility if there are multiple defendants. So, only the most experienced attorneys should handle these matters.

Injury victims and survivors are usually entitled to significant compensation. For a free consultation with an experienced personal injury lawyer in Marietta, contact The Phillips Law Firm, LLC. Virtual, after-hours, and hospital visits are available.