You are here: Home / Criminal / Smartphones and Your Constitutional Rights

A decade ago, only tech geeks with large disposable incomes owned smartphones. Today, over 90 percent of Americans own one of these devices. Even my octogenarian father, who struggles to set the clock on the microwave oven, owns a smartphone. Furthermore, today’s smartphones make the original iPhone look like one of those World War II field telephones. Many of these functions involve some thorny criminal law issues.

Usually, the law struggles to keep up with technology. Smartphones, probably because they are everywhere, are one of the rare exceptions. For the most part, the law is fairly well-settled in this area. And, one again for the most part, this law favors individual rights. As a result, if there is evidence of a crime on a smartphone, like a photograph, text message, or location data, a Marietta criminal defense attorney might be able to exclude that evidence in court. 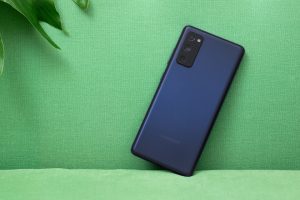 Many people think they have an absolute First Amendment right to aim their smartphone cameras at police officers and record an interaction. But this status only applies to fundamental rights. The Supreme Court has yet to attach this label to video recordings of police officers who are carrying out their official duties.

On a legal level, the official immunity doctrine comes into play in these situations. Officers have some protections which private citizens do not have. These protections might or might not trump First Amendment protections. Different courts have issued different rulings. More on that below.

There are some practical considerations as well. Video cameras make people defensive. They assume, usually quite rightly, that they are being videotaped because the person behind the camera assumes they will do something wrong. The stubborn coronavirus still has many people edgy. So, many police officers are more defensive than usual. We have seen that these tension-filled police stops can end very badly for everyone involved.

Additionally, even if filming the police is legal, officers may still impose reasonable time, place, and manner restrictions. That could include requiring people to stand in a certain spot if they want to use their cellphone cameras.

Usually, the Fourth Amendment’s search and seizure limits apply if the defendant had a reasonable expectation of privacy. How far does that expectation go with regard to your smartphone? If officers ask for your password, do you have to give it to them? Probably not, according to Riley v. California (2014).

Officers stopped Riley for a traffic violation, searched his phone, and found some text messages which they claim connected him to gang activity. In a companion case, officers used a call log to locate the defendant’s apartment, obtained a warrant for the apartment, and found various contraband items there.

The Supremes unanimously ruled that both actions were illegal. Usually, officers need a search warrant to access anything beyond the home screen. So, even though officers got a warrant for the apartment, that evidence was inadmissible in court, since it was fruit from a poisonous tree.

Sometimes, officers try to bully defendants into consenting, usually by saying something like “If you don’t consent, we’ll get a warrant.” This is usually an empty threat. If officers had probable cause for a warrant, they wouldn’t bother asking for consent.

Probation and parole conditions could change things. Frequently, these conditions include blanket consent. Defendants agree to allow officers to search their property at will. A Marietta criminal defense attorney can often convince supervision officers to drop this requirement.

This CLSI data was the issue in Carpenter v. U.S. (2018). The FBI suspected Carpenter was involved in a string of armed robberies. So, agents used CLSI data to track his movements. In a little over four months, the government identified almost 13,000 separate CLSI connections. That’s roughly 101 connections per day.

The Justices likened CLSI data to GPS data. They had previously ruled that people have a reasonable expectation of privacy in GPS data. This time, a sharply divided Court ruled that officers needed a search warrant to use CLSI information.

But there’s a catch. Cell phone companies legally own CLSI data. Most companies have information-sharing policies with law enforcement. This data is available for the asking. So, the Supreme Court basically ruled that people have a privacy interest, but not a proprietary interest, in CLSI data. We’re basically back to a consent search. If the owner says it’s okay to take a look, and the owner in this case is the cell phone company, the Fourth Amendment prohibition is inapplicable.

Smartphones involve a number of privacy issues, and not just for their owners. For a free consultation with an experienced Marietta criminal defense attorney, contact The Phillips Law Firm, LLC. We routinely handle cases in Cobb County and nearby jurisdictions.