A number of states have changed their alimony laws in recent years, so that spousal support is more like child support. A guideline formula, which is usually based on income disparity and length of the marriage, is presumptively reasonable in most cases. But Georgia still has rather subjective alimony laws. Both initial determinations and subsequent modifications usually hinge on different factors. Moreover, alimony is not automatically available in Georgia. The obligee (person receiving spousal support) must first prove that these payments are legally justified.

So, obligees sorely need legal representation in these matters. Otherwise, the judge might award an unfair amount of alimony, or no alimony as well. Likewise, obligors (people paying support) need strong voices as well. Fundamentally, alimony payments must contribute to an equitable division of the marital estate, and that’s what everyone wants.

Setting the Duration of Payments 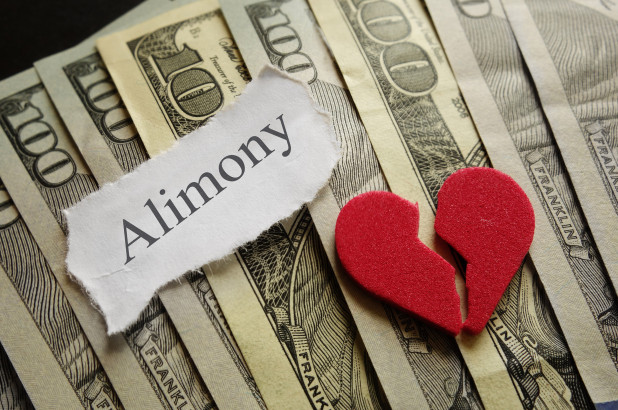 Cobb County judges may award temporary or permanent alimony. These terms seem quite simple, but in reality, they are somewhat complex.

Usually, temporary alimony expires when the judge issues final divorce orders. So, these payments help obligors meet unexpected divorce-related expenses, such as attorneys’ fees and rental deposits. The case for such temporary alimony is stronger if the obligor unexpectedly filed divorce papers or a traumatic event, like family violence, prompted the filing. An obligee’s case is weaker if s/he anticipated the divorce, or if s/he was largely responsible for the marital trauma.

Speaking of marital trauma, adultery works a bit differently. Adulterous spouses are not entitled to alimony as a matter of law. Determining fault in these situations is not always easy. If Ozzie threw Harriet out of the house in a drunken rage and she had an affair with a neighbor, who was really at fault?

Sometimes, temporary alimony payments survive the divorce decree. If Harriet is twelve hours away from a college degree, the judge could order Ozzie to continue paying alimony until she graduates, so she may become self-sufficient.

Permanent alimony almost never means “permanent.” But it does redistribute income between the ex-spouses. This redistribution often lasts for several years or several decades. So, the length of the marriage and standard of living during the marriage are usually the most important factors. Furthermore, if a spouse is disabled physically, emotionally, mentally, or otherwise, the judge might award alimony which is literally permanent.

The judge may consider the following factors when setting the amount and duration of payments, either in an original proceeding or a modification action. So, a Marietta family law attorney must take these factors into account when crafting a marital settlement agreement. Judges are unlikely to approve settlements which are contrary to the factors in the divorce.

Judges usually enforce premarital agreements unless they are unconscionable or involuntary. A 60-40 division which includes a spousal support cap is uneven but probably not unconscionable. Furthermore, mere pressure to sign, even if it includes a “sign or else” ultimatum, usually is not enough to overturn a prenup.

If financial or emotional circumstances change, the same presumptions and factors apply to spousal support recalculation or termination.

An obligor’s move to a lower-paying job, or even the obligor’s retirement, does not always trigger alimony reduction. The judge won’t change the amount or duration of payments if the obligor changed jobs in bad faith. Usually, that means changing jobs to decrease alimony payments.

Likewise, an obligee’s increased income is not always grounds for modification. Sometimes, these increases are only temporary.

Emotionally, the obligee’s remarriage terminates spousal support payments as a matter of law. Based on the facts, if the obligee begins a long-term romantic relationship, the judge could likewise end payments.

Serving the withholding order could be a bit tricky. Most companies use out-of-state payroll processing companies. These companies usually have very strict rules as to what orders they will and will not honor. Additionally, if the obligor is self-employed or has a side hustle, a withholding order might be inappropriate or unavailable.

Credit or property liens are usually good options as well. Initially, the obligor might ignore the lien. But eventually, the obligor will try to borrow money or sell the property. At that point, the lien must be resolved.

Judges could order incarceration in extreme cases. Usually, this alternative is available if the obligor has defaulted on a repayment plan and otherwise been incredibly obstinate. This option is usually effective. It’s amazing how quickly the most recalcitrant obligors pay when their liberty is at stake.

Alimony matters have a lot of moving parts in Georgia. For a free consultation with an experienced Marietta family law attorney, contact The Phillips Law Firm, LLC. We routinely handle cases in Cobb County and nearby jurisdictions.