A 36-year-old man, who was allegedly intoxicated when he lost control of his pickup on Interstate 75, is now in police custody after the initially fled the scene.

Georgia State Police troopers said the driver “overcorrected” and the truck flipped over near the Windy Hill Road exit. A woman was ejected from the truck when it rolled over, according to GSP. She was taken to Kennestone Hospital with serious injuries. The 36-year-old driver left the scene, but troopers said they later found him at the CobbLinc bus station on Cumberland Boulevard. He was charged with DUI, leaving the scene of an accident, serious injury by vehicle, and failure to maintain a single lane.

Georgia State Patrol said that the investigation is still ongoing and that the Specialized Collision Reconstruction Team is also assisting them.

The Differences Between Criminal and Civil Court 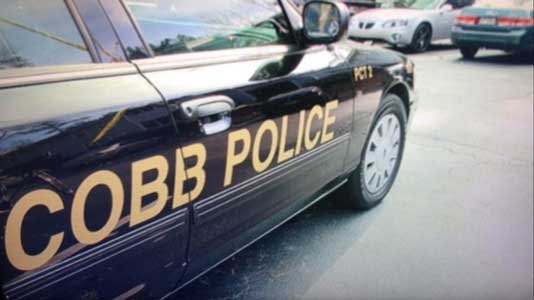 Many legal matters, like alcohol-related crashes, end up in both civil and criminal courts. The burden of proof may be the biggest difference between these two forums.

Some people may remember the sensational 1990s O.J. Simpson trial. A criminal jury declared Simpson wasn’t guilty of the murders of two people, including his ex-wife. A few months later, a civil jury declared he was legally responsible for their deaths. How did two juries who heard basically the same evidence come to two different conclusions?

The burden of proof in criminal court is beyond any reasonable doubt. This phrase isn’t very well-defined, but it basically means that the state must present an overwhelming amount of evidence that excludes other reasonable possibilities. In civil court, on the other hand, the burden of proof is only a preponderance of the evidence, or more likely than not.

Assume Larry, Moe, and Curly are in a room with illegal drugs. Any of the three could own the drugs, so it’s impossible to prove ownership beyond a reasonable doubt. However, if the burden of proof is only a preponderance of the evidence, all three could theoretically own the drugs.

This difference brings up an interesting point for passengers injured in vehicle collision claims, especially if they knew the driver who caused the wreck. Many passengers don’t want to “blame” their friends and/or family members for a collision, so they don’t file a claim, especially if an insurance company pays their medical bills.

However, medical bill payment is only part of the compensation these victims need and deserve. Most injured passengers cannot work for weeks, months, or even longer. Furthermore, as they recover, they must deal with ongoing pain and suffering. Insurance companies don’t voluntarily pay these items. Instead, a Marietta personal injury lawyer must force them to write checks.

Incidentally, insurance companies usually pay everything in civil cases. Individuals usually aren’t financially responsible for anything. So, a civil action doesn’t hit individuals in the pocketbook.

This compensation is usually available if a driver was negligent. Two legal theories could apply in civil court.

If the tortfeasor (negligent driver) was arrested for DUI, as is usually the case, the negligence per se rule could apply. Individuals are responsible for damages as a matter of law if they violate safety laws, such as the DUI law, and that violation substantially causes injury.

As outlined below, DUI-collision cases are difficult to prove in court. However, to a Marietta personal injury lawyer, these difficulties don’t matter. An arrest is enough to trigger the negligence per se possibility.

Frequently, drivers aren’t legally intoxicated, but they are dangerously impaired. Intoxication means a complete loss of mental or physical faculties, or a BAC above the legal limit. Impairment, on the other hand, is a loss of function which begins with the first drink. Circumstantial evidence of impairment includes:

These statements are easier to admit in civil court. The Miranda Rule, which is discussed below, only applies in criminal cases.

Prior alcohol purchases could also trigger Georgia’s dram shop law. This law holds commercial providers, like restaurants and bars, financially responsible for car crash damages if they sell alcohol to intoxicated people who cause crashes. Texas has a similar dram shop law. In 2021, a Lone Star State jury ordered a bar to pay $300 billion in punitive damages following a deadly alcohol-related wreck.

Georgia has broad, victim-friendly negligence laws. It also has broad, prosecutor-friendly DUI laws. To successfully resolve these charges in court, a Marietta criminal defense lawyer can use procedural and substantive defenses.

We mentioned the Miranda Rule above. This rule excludes evidence in court, whether it’s testimonial or physical evidence, unless officers advise defendants of their Constitutional rights (you have the right to remain silent, etc.).

If officers wait until they book defendants into jail to read them their rights, that’s usually too late. Under the law, defendants must know their rights before custodial interrogation begins. “Custody” usually means the defendant doesn’t feel free to leave. In the above story, if officers came up to me at a bus stop and started asking aggressive questions, I wouldn’t feel free to ignore them and walk away. Most people, including most judges and jurors, would probably agree.

If the defendant admitted driving the car during that interview, prosecutors can’t use that admission in court, unless officers Mirandized him before he opened his mouth.

DUI-collision matters also often involve proof problems. The “driving” element of “driving under the influence” is the issue here. Now, let’s assume Larry, Moe, and Curly were all drunk when they drove home from a party. Unless a credible witness got a good look at the driver, or unless one of the Three Stooges admitted driving after officers read them their rights, it’s impossible to prove which one was behind the wheel. Any one of them could have been driving.

Driving issues, or rather lack of control issues, also often come up if the defendant as passed out behind the wheel. Under Georgia law, DUI charges could still hold up in court in these cases, if there’s evidence the vehicle was in good, working order, had gas in the tank, and was otherwise drivable. Police officers aren’t auto mechanics. Therefore, this evidence is often unavailable.

Drinking and driving has criminal and civil consequences. For a free consultation with an experienced Marietta criminal defense lawyer, contact The Phillips Law Firm, LLC. After-hours, virtual, and home visits are available.