According to a federal jury, before she was center stage in a slew of reality TV programs, Julie Chrisley submitted false documents to a grand jury to cover her husband’s financial tracks.

Prosecutors alleged that the Atlanta mom tried to cover up an illegal ownership transfer. “Julie Chrisley transmitted this document with the intent of impeding the grand jury’s investigation into her and her husband and avoiding prosecution,” prosecutors said. This company was a shell company the Chrisleys used to harbor their reality TV earnings, so they wouldn’t have to pay taxes on them. 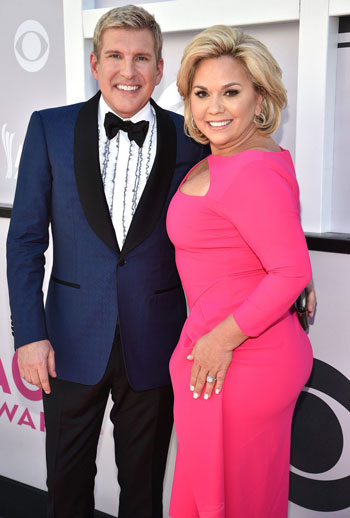 Obstruction of justice is very broad in federal court. Basically, obstruction is anything less than prompt compliance and complete honesty. Back in the day, O.G.A. § 16-10-24 was almost as broad. It’s a little narrower today, as outlined below. Usually, obstruction is a fallback or pile-on charge. It’s rarely a primary criminal charge.

You can probably figure out want a pile-on charge is. Prosecutors often add as many charges to felony indictments as possible. This excess gives them better leverage during plea negotiations with a Marietta criminal defense lawyer.

Under state law, both misdemeanor and felony obstruction require the defendant to “knowingly and willfully” obstruct justice, or rather obstruct the judicial process. Usually, this phrase is one step below maliciously. In other words, the defendant must intend a specific result, but not necessarily an evil result. That result could be annoying a police officer or, like Julie Chrisley, avoiding prosecution.

This phrase, which appears in both misdemeanor and felony obstruction, is perhaps the most important element of this offense.

Let’s look at the second part first. Defendants can only obstruct peace officers as they conduct their official duties. These charges clearly don’t apply if an officer was moonlighting as a security guard. What about semi-official duties, such as an off-duty officer making an arrest or an investigator running down a lead on her day off? Most likely, these are official duties. However, since these instances are in a grey area, a Marietta criminal defense lawyer might be able to use them as leverage during settlement negotiations. More on that below.

“Lawful discharge” means the stop and/or arrest was lawful. Officers must have reasonable suspicion to detain suspects. They must have probable cause to arrest these suspects. So, if a Marietta criminal defense lawyer can show the stop and/or arrest was illegal, the obstruction of justice prosecution collapses like a house of cards. The same thing usually happens in other criminal cases, because of the fruit from a poisonous tree doctrine.

Extensive trials are somewhat common in celebrity cases. These individuals use these trials for publicity purposes. Three months ago, many people had never heard of the Chrisleys. They’re much more widely known now.

Overall, trials resolve fewer than 3 percent of the criminal cases in Cobb County. A combination of agreed pleas and open pleas resolve most of the rest.

Agreed pleas are, by far, the most common non-trial resolution. Usually, prosecutors use department guidelines to make initial offers. Defense attorneys then bring up possible defenses, like the official action issues mentioned above, to lower the offer. Then, there’s some back and forth.

For both sides, the overall principle in these negotiations is usually a bird in the hand is worth two in the bush. Prosecutors would rather convict a defendant of lesser charges than risk letting the defendant go free. Marietta criminal defense lawyers, and their clients, would rather take a sure thing than hope for something better.

Plea negotiations are a little different in federal court, because of the Federal Sentencing Act. The FSA limits plea bargaining abilities.

Open pleas are the rarest non-trial resolution. If prosecutors and a defense lawyer cannot agree on a resolution, defendants could literally throw themselves on the mercy of the court. The judge evaluates the case and determines punishment. Once s/he makes that determination, there’s usually no turning back. So, open pleas are risky, but they might be less risky than a trial.

Obstruction of justice charges have lots of moving parts. For a free consultation with an experienced criminal defense attorney in Marietta, contact the Phillips Law Firm, LLC. The sooner you reach out to us, the sooner we start working for you.