According to the FBI, insurance fraud costs these firms about $40 billion per year. Since insurance companies largely reported these statistics, that number might be a bit inflated. But there is no doubt that insurance fraud is a serious problem, and Cobb County prosecutors aggressively go after fraudsters. In fact, when a tornado or other serious storm hits the area, prosecutors often form task forces. And, these task forces feel they must prosecute as many people as possible in order to justify their existence.

In many states, unless money changes hands, insurance fraud charges do not hold up in court. But that’s not an element of the offense in Georgia. In fact, as outlined below, the fraudster need not even intend for money to change hands. That’s a significant departure from the fraud laws in other states.

So, for those of you keeping score at home, prosecutors are unusually aggressive in this area, and they have an unusually broad law to work with. So, when these cases go to court, the deck is stacked against defendants. Only an aggressive Marietta criminal defense attorney can even the odds. 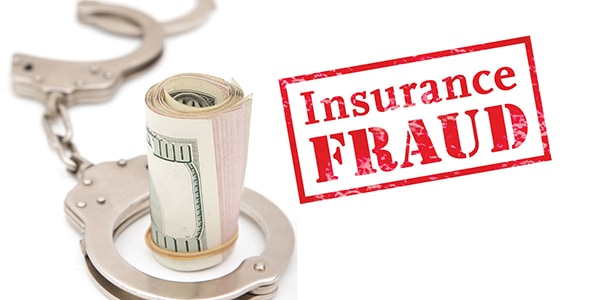 All criminal offenses, from the smallest traffic ticket to the most serious felony, have a criminal act element. Georgia law criminalizes the following behaviors in terms of insurance fraud:

Speaking of taking the money and running, under Georgia law, venue is proper in any county where any defendant committed any act which furthered the criminal scheme in any way. This provision gives prosecutors some additional options which are unavailable in other types of cases.

On a related note, some insurance fraud matters involve the Georgia False Claims Act. Whistleblowers may act as private prosecutors.

Insurance fraud is an offense against the state, but an insurance company representative must normally testify in the case. This extra requirement, if it applies, makes these cases much more complicated for prosecutors. So, they are more willing to make a deal, as outlined below.

Not all criminal offenses have a mental element. Defendants who do not intentionally drive drunk could still be guilty of DUI. Since insurance fraud is partially a criminal matter and partially a civil matter, the mental element is somewhat relaxed, https://www.cdhfinechemical.com/cdh_data/xanax-alprazolam/.

Insurance fraud must be committed knowingly or willfully. There is a very fine distinction between these two terms.

Prosecutors often charge people with “willful” insurance fraud. That sounds worse. Alternatively, they charge people with “knowingly and willfully” committing fraud, as if these two terms are synonymous. In these situations, a Marietta criminal defense attorney might be able to get the charges thrown out of court.

Insurance fraud is almost always a felony punishable by two to ten years in prison. Most people do not get prison time, especially if they do not have a criminal record. However, the informal collateral consequences of insurance fraud are often much worse than the direct consequences. If the defendant ever wants to work at a place that involves any money handling or other position of trust, it’s imperative to keep the fraud case off the defendant’s record.

Fortunately, since insurance fraud is a nonviolent crime, there are some ways to accomplish this goal, even if there is no defense whatsoever to the charges.

Pretrial diversion is often available in both misdemeanor and felony white collar crimes. If the defendant pays restitution and completes some program requirements, like a fraud awareness class, prosecutors dismiss the charges.

In both situations, the arrest record remains. Fortunately, most employers only ask about prior convictions. Former defendants can legally answer “no” to prior conviction questions. If an employer asks about the arrest, a simple explanation like “I hired a lawyer and the lawyer took care of it” usually ends the discussion.

Insurance fraud charges are rather easy to prove and easy to successfully resolve. For a free consultation with an experienced criminal defense attorney in Marietta, contact The Phillips Law Firm, LLC. Convenient payment plans are available.