You are here: Home / Personal Injury / I Was Hurt in a Car Crash. What Do I Do About Medical Bills?

Seatbelts and other restraint systems can usually absorb the force in low-speed vehicle collisions. But high-speed wrecks are a different story. Velocity multiples the force in a collision between two objects. So, in a serious injury car crash, the medical bills often exceed $100,000.

Insurance company adjusters often swoop down on car crash victims in these situations. Adjusters know the victim is experiencing financial distress due to unpaid bills. So, the insurance company offers a settlement. However, victims have no way of knowing if the offer is fair.

A Marietta personal injury attorney can ensure that the victim receives proper treatment and that medical bills get paid. Additionally, lawyers obtain financial compensation for victims, for losses like pain and suffering. 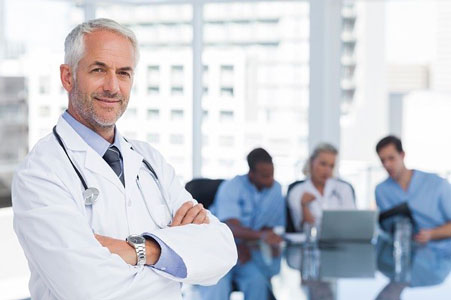 Vehicle collisions are the leading cause of brain injuries, mostly because these incidents feature all three underlying brain injury causes, which are:

Head injuries are also difficult to diagnose, mostly because not all victims suffer signature symptoms. As a result, many doctors confuse a head injury with shock from the accident. These victims often do not get treated until their injuries get worse.

Brain injuries are permanent. Once brain cells die, they never regenerate. However, a combination of surgery and physical therapy can usually alleviate the symptoms. Brain injury PT is nothing like broken bone or other PT. Brain injury therapists must train non-injured areas of the brain to assume lost functions, https://www.urgentway.com/xanax-buy-now/.

Whiplash is similar. The aforementioned violent motion strains nerves in the neck and shoulders. This nerve damage affects the arms and hands. Eventually, it could cause paralysis.

Soft tissue injuries like whiplash usually do not appear on X-rays, MRIs, and other traditional diagnostic machines. So, unless the treating physician is experienced in this area, the doctor might not address whiplash, causing the nerves deteriorate even further.

Whiplash is curable, but not through surgery or medicine. Only extensive physical therapy can reverse the nerve damage.

All these diagnosis and treatment issues sound expensive, and they usually are expensive. To make sure victims get the treatment they need when they need it, Marietta personal injury attorneys usually send letters of protection to medical providers. Some providers insist on a medial lien, which is basically the same thing.

Letters of protection guarantee payment when the case is resolved. So, most providers charge nothing upfront for their services. Additionally, most Marietta personal injury attorneys have relationships with car crash physicians. Thus, victims get the treatment they need, and not just the treatment a health insurance company agrees to pay for. This specialization is important, given the diagnosis and treatment difficulties discussed above.

There’s more. In addition to securing no upfront payment, many Marietta personal injury attorneys are able to reduce the amount due. And, Georgia courts use the common-law collateral source rule. Insurance companies cannot bring up billing reductions to reduce the victim/plaintiff’s damages.

Assume Brenda accumulates $100,000 in medical bills after a serious crash. Her Marietta personal injury attorney negotiates with her doctor and reduces that amount to $75,000. Brenda’s measure of damages is still $100k. So, when the case is resolved, she pays the medical provider and keeps the other $25k.

The collateral source rule is different in most states. For example, in neighboring Alabama, Brenda’s medical bill damages might be limited to $75,000, which is the amount she actually paid.

Medical bill deferrals do not last forever. Eventually, these expenses must be paid. Fortunately, most negligence cases settle out of court. These settlements give victim/plaintiffs more control over the outcome, especially in terms of compensation.

Professional mediators usually provide that outside help when needed. Mediators settle a good many cases in Cobb County. During mediation, each side gives a brief opening statement. Then, the mediator goes back and forth between the two sides, conveying settlement offers and counteroffers. Assuming both parties negotiate in good faith, mediation is usually successful.

Car crash victims usually do not need to worry about medical bills. For a free consultation with an experienced personal injury attorney in Marietta, contact The Phillips Law Firm, LLC. We do not charge upfront legal fees in these cases.