You are here: Home / Criminal / Felons Who Possess Firearms in Georgia

Convicted felons lose many of their rights, in Georgia and most other states. They cannot vote, pursue certain careers, or, for purposes of this blog, possess firearms. Outside criminal court, felony possession is relatively easy to prove. But a Section 16-11-131 infraction is different. That’s especially true in mobile FIP (Felon in Possession) cases. If police arrested the defendant in a car and/or the conviction is from outside the county, or outside the state, the elements of this offense are difficult to prove in court.

Many offenses only require proof of one basic element. But FIP requires prosecutors to prove two independent elements, and each element has a number of different subparts. All these subparts have several moving parts. As a result, FIP charges often don’t hold up in court.

As outlined below, FIP can be an original case or a probation violation matter. Although they both take place in criminal court, there are some significant differences between these two proceedings. Several FIP defense are available in both proceedings, but only an effective Marietta criminal defense attorney can utilize them effectively.

Prosecutors must establish every element of the offense beyond any reasonable doubt in order to convict defendants in criminal court. In FIP cases, there are two major areas to prove, as mentioned above. 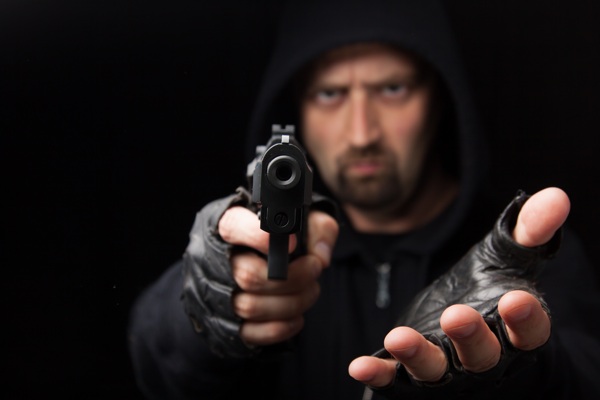 Most people know there is a difference between an arrest and a conviction. There are also different kinds of convictions, if you follow me. Furthermore, as mentioned, the prosecutor must prove the prior conviction in court. Let’s take these things one at a time.

When investigators look into crimes, they almost always start by interviewing every convicted felon in the area. If investigators question a felon and don’t like the answers s/he gives, they usually perform personal and building searches. Very few judges would authorize warrants in this situation, since officers have little more than a hunch. So, the search, and any firearm officers discover, is only admissible if a search warrant exception applies, like:

Other search warrant exceptions include search incident to arrest and plain view. Another possible exception could apply to felons on probation or parole. Frequently, these individuals give blanket consent to police searches when they are placed on supervised release.

Next, just because the case goes to court and the judge’s gavel falls, that does not mean the defendant was legally convicted. Prosecutors voluntarily dismiss some cases. Other defendants receive deferred disposition. The judge sentences the defendant to probation, but after the defendant completes probation, the judge dismisses the case.

The law also specifically exempts defendants who have received executive pardons. However, the law says nothing about record expungement, which is available for some felonies in some states. A judge must decide if record expungement is more like a pardon or more like deferred disposition. Either interpretation could be viable.

Since both words begin with the same letter, many people assume that “possession” is synonymous with “proximity” in criminal court. That’s partially true. Proximity is the most important component of possession. The criminal code defines this term broadly. For example, in an automobile case, any item in the passenger area is usually “proximate,” even if the object is outside arm’s length.

Incidentally, there is a difference between possessing a firearm and using a firearm. Prosecutors don’t need to prove use, or even intended use.

There are two other possession elements. Prosecutors must establish that the defendant knew about the firearm and had control over it.

We mentioned automobile possession cases above. Assume Tom is cruising with his gang homies. Unbeknownst to him, one of the guys in the back seat has a pistol. Prosecutors could argue that he knew and had control over the gun because of his close relationship with his fellow gang members. But a jury has the last word.

Let’s return to Tom and the gang car. If prosecutors file an original case, the charges might not hold up in court, as outlined above. But if the probation office files a motion to revoke, it’s clearly more likely than not that Tom knew about and exercised some control over the pistol.

Probation violation cases, like original cases, usually settle out of court. Some possible dispositions include a brief time in jail as a condition of reinstatement, modifying the terms of probation, such as including the aforementioned blanket consent, or extending the term. The available disposition usually depends on the strength of the evidence, the presence of a legal defense, and some other factors.

Recently, Marietta criminal defense lawyers have asked the courts to reconsider the standard of evidence in probation violation cases, especially in terms of possession matters. However, judges have thus far stuck to their guns and continued to apply the lower evidentiary standard.

Prosecutors could present FIP charges in several ways. For a free consultation with an experienced criminal defense attorney in Marietta, contact The Phillips Law Firm, LLC. We routinely handle matters in Cobb County and nearby jurisdictions.