The divorce filing rate usually drops sharply in the fourth quarter of the year. Before the winter holidays, many feuding couples agree to bury the hatchet so they can make it through Thanksgiving and Christmas. Then, almost on December 26, the Christmas season stops, and the Valentine’s Day season begins. As this marketing campaign intensifies, many people reflect on the sorry state of their marriages, and they want out. Hence, Divorce Month is usually in January.

However, due to the complex nature of these issues, no-fault divorces are very rarely simple. A Marietta family law attorney usually needs to guide petitioners and respondents through the complex process. Additionally, only an attorney can stand up for your legal and financial rights. Usually, lawyers are able to resolve these issues and settle the matter out of court.

Grounds for Divorce in Georgia 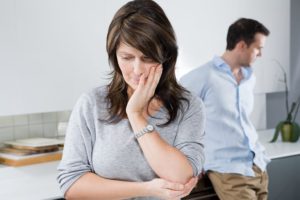 As mentioned, most divorces in the Peachtree State are no-fault divorces. However, evidence-based grounds are also available. They include:

Some people want or need a judicial declaration that the other spouse was at fault, usually for personal or religious reasons. Additionally, there is no waiting period in an evidence-based divorce. Technically, a spouse could file for divorce based on cruel treatment at 9:00, and a judge could sign the final order at 9:01.

However, evidence-based divorces can get nasty, mostly because of the condonation defense. This doctrine is basically the “what’s good for the goose is good for the gander” defense. If Harry cheats on Sally and Sally forgives him, Harry cannot divorce Sally if she cheats on him.

In some states, divorce is only a partial solution. But in Georgia, a divorce usually disposes of all the issues in a case.

State law requires child custody order to be in the best interests of the children. Usually, good parents agree that they want what is best for their children. So, broad agreement on the general principle is usually a given. However, as the old saying goes, the devil is in the details.

Usually, there are two sub-issues in child custody matters. First, one parent must be the residential parent and the other one is the non-residential parent. Once that issue is settled, the parties must agree on a parenting time division.

A number of factors could apply in the residential/non-residential determination. Usually, the most significant ones are:

As for timesharing, the traditional every other weekend and every other holiday division works well in many cases. Other parents opt for newer arrangements which divide parenting time more equally.

Like most other states, Georgia is an equitable division state. The marital estate, which includes assets and debts, must be divided equitably, so the divorce is not an unfair financial burden on either party.

There is a very strong presumption in the law that 50-50 is an equitable division. Judges could order a disproportionate division in some cases. Financial inequity is the most common situation. Some parents give up career advancement to be caregivers. It’s often tough for these spouses to make it financially after divorce.

But we’re getting a little ahead of ourselves. Before property is divided, it must be classified. After a long marriage, property often becomes commingled. For example, Wife might use money from her paycheck (marital asset) to pay her student loans (non-marital debt).

Usually, a statutory formula determines the amount of child support payments. Georgia is an income share state. So, this formula accounts for a number of factors, such as the number of children, the children’s age, the parenting time division, and the combined income of the parties. The judge may deviate from the formula in some limited cases.

Georgia’s alimony laws are much more subjective. The judge may order rehabilitative or permanent alimony. Rehabilitative spousal support are short-term payments, usually less than two years, which help oblige spouses (people receiving support) become economically self-sufficient. Permanent alimony, which usually lasts much longer, redistributes income between the former spouses. Usually, permanent alimony is only available if the oblige spouse is disabled or has custody of a minor disabled child.