You are here: Home / Family Law / A Guide to Prenuptial Agreements in Georgia

Many states have adopted the Uniform Premarital Agreement Act. The UPAA streamlines the many laws and regulations in this area, so it easier to make and break a prenuptial agreement act. Unfortunately, Georgia is not one of these jurisdictions. The Peachtree State still has a web of laws which touch on this subject. As a result, it’s often difficult to determine which prenups are legal in Georgia and which ones are illegal.

Drawing up a good prenuptial contract is only part of the puzzle. The most well-crafted agreement in history does no one any good unless both spouses sign it. A top-notch Marietta family law attorney knows more than the nuts and bolts of the law in this area. An attorney also gives spouses advice about how to pitch this agreement to their future life partners. 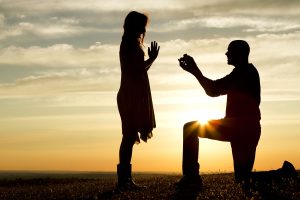 Some people see premarital agreements as divorce insurance. If that’s your spouse’s attitude, it is usually a good idea to go with it instead of trying to change it.

How do these things relate to premarital agreements? No one wants or expects a divorce. But responsible spouses should be fully prepared for unlikely events.

Just like certain insurance policies make your financial life stronger, or at least have that potential, premarital agreements often make marriages stronger. Money is by far the leading cause of marital strife. It doesn’t matter if you are barely making ends meet or swimming in cash. Premarital agreements remove money from the equation. So, these disagreements never have a chance to damage your relationship.

This area is the main reason prenups are so popular among Millennial couples. Many of these people lived through their parents’ divorces. As a result, they are often willing to think outside the box, if that means a stronger relationship.

Before we get to the substantive rules, let’s look at a couple of procedural rules. Judges often invalidate prenuptial agreements simply because they do not meet these technical requirements.

Georgia prenuptial agreements must be written and signed. Oral prenups are illegal in the Peachtree State. Furthermore, two people must witness the signing and someone, usually a Marietta family law attorney, must promptly file the agreement with the county clerk.

Substantively, the agreement must meet all the requirements of a contract. The parties must be competent to marry. They must meet age and other requirements. Mutuality, or a meeting of the minds, is another key stipulation. The parties must agree on the same thing at the same time. Consideration is a big deal as well. Each party must give up something tangible and/or receive something tangible. Empty recitations in this area usually don’t hold up in court.

The financial matters referred to above usually involve property division and spousal support. Georgia is an equitable distribution state. Upon divorce, the marital estate (assets and debts) must be distributed equitably. That’s not necessarily the same thing as equally. A prenuptial agreement which clearly designates his and hers eliminates much of the uncertainty in this area. Most people include stairstep alimony limits in their prenups. The longer the marriage lasts, the higher the limits go.

No contract is ironclad. However, as a rule of thumb, if both spouses had an independent Marietta family law attorney throughout the prenuptial agreement process, these pacts are difficult to break. Usually, “independent” means both ethically and financially independent. If Mike pays Julie’s legal fees, her lawyer’s independence is a question mark. Some specific possible arguments include:

Most prenups have severability clauses. If a judge invalidates one portion, perhaps the financial portion, the remained, such as the inheritance and succession provisions, remain in place. To cement things in this area, many people have their lawyers draw up executory documents, like trusts and wills, to accompany their prenuptial agreements.

If you have been married before, you should at least consider a premarital agreement the second time around. For a free consultation with an experienced family law attorney in Marietta, contact The Phillips Law Firm, LLC. Convenient payment plans are available.