On Christmas Day 2019, an all-terrain vehicle rider passed a vehicle and slammed head-on into an Atlanta fire truck coming from the other direction.

The wreck occurred near the intersection of Dill Avenue and Sylvan Road. Apparently, an ATV rider moved into the opposite lane to overtake a slower-moving vehicle. The fire truck and motorcycle then collided. Emergency crews were unable to revive the rider, who was not wearing a helmet. 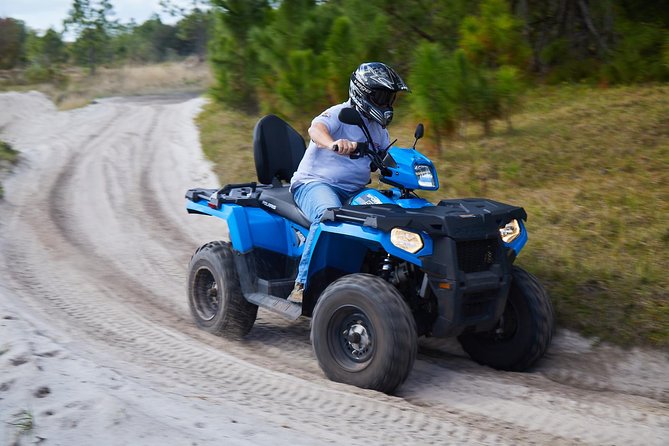 Preliminary investigation results indicate that the fire truck’s lights and sirens were on. Furthermore, the ATV rider, whose name was not released, came from around another car. So, the fire truck driver’s visibility was limited. However, the investigation is ongoing.

Nationwide, ATV crashes injure tens of thousands of people every year. Georgia has one of the highest fatality rates in the county.

At first blush, this claim appears impossible for a Marietta personal injury lawyer to win. However, there is a good chance that the ATV rider is entitled to at least some compensation.

Yes, the ATV rider was on the wrong side of the road at the time of the crash. And yes, it is illegal to operate an ATV on a public street. But that’s only part of the story.

Let’s start with the wrong side of the road issue. In head-on collisions, the driver at fault for the accident is not necessarily the driver who is liable for damages, largely because of the last clear chance rule.

If the firefighter saw the ATV coming, and the firefighter did nothing to avoid the crash, the fire truck operator, and not the ATV driver, might be legally responsible for damages. This doctrine also comes up in many rear-end crash claims. If one driver had a chance to avoid the crash, perhaps by accelerating or changing lanes, that driver had a legal duty to do so.

The normal rules of the road do not apply to fire trucks and other emergency response vehicles when they are in emergency mode (lights flashing and/or sirens wailing). However, this immunity is not unlimited. For example, Georgia law prohibits fire trucks from blowing through red lights or stop signs. Instead, these vehicles have a duty to pause and ensure they way is clear before proceeding through the intersection.

Emergency responders still have a duty of care in these situations. Most drivers have a duty of reasonable care, but firefighter duty involves the following:

Intentional neglect of a policy or safety is not relevant for liability purposes, but it might be relevant for punitive damages purposes. More on that below.

The bottom line in the above story is whether the fire truck driver saw the ATV rider and whether the driver had an opportunity to at least limit the crash’s severity. If these two things are true, the fire department might be liable for damages.

Damages in a Car Wreck Claim

Full compensatory damages are usually available in most car crash claims. Compensatory damages place victim/plaintiffs in the same position they would have been in had the wreck not occurred. So, these damages include compensation for economic losses, such as:

Economic losses are just the beginning. These injuries and losses also have substantial noneconomic impacts. Items like pain and suffering, loss of enjoyment in life, emotional distress, and loss of consortium (companionship) are difficult to quantify.

The Helmet Defense in Georgia

Like eighteen other jurisdictions, the Peachtree State has a mandatory motorcycle helmet law. All riders must always wear protective headgear . However, even if riders were not wearing helmets, they might still be entitled to compensation.

Georgia law sharply limits use of safety restraints, like motorcycle helmets and seat belts, in civil actions. Insurance companies cannot use such non-use to establish contributory negligence for the wreck or to reduce the victim/plaintiff’s damages.

This law is closely related to the eggshell skull doctrine. Many people have pre-existing medical conditions, such as weak hearts, which make them susceptible to certain kinds of injury or illness. An insurance company cannot use such pre-existing conditions to decrease the victim/plaintiff’s damages. A victim’s physical weakness should not create a financial windfall for a tortfeasor.

Connect with a Dedicated Lawyer

Unless an attorney reviews your case, there is no way to tell how much compensation might be involved. For a free consultation with an experienced personal injury attorney in Marietta, contact The Phillips Law Firm, LLC. Home and hospital visits are available.