You are here: Home / Criminal / A Complete Guide to Reckless Conduct in Cobb County

Normally, these arrests are only temporary. Most people calm down after a brief “time out” in the back of a police car. Then, the defendant apologizes and the officer, who probably did not want to bother with an arrest in the first place, releases the defendant.

But that’s not always the way these things go down. If the defendant is a legitimate threat to public safety, is under the influence of a substance, or refuses to apologize in a way that satisfies the officer, these cases normally make it to court. 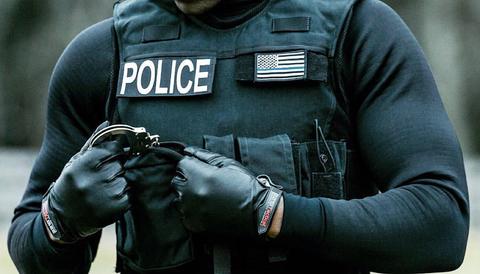 Since officers usually file these charges because they are angry or they cannot think of anything else to charge the defendant with, a Marietta criminal defense lawyer can usually resolve these charges in a way that leaves no conviction record. Anger fades and officer lose interest in these cases. Furthermore, like most confrontations, there are usually two sides to the story.

Depending on the facts, bail in a reckless conduct case could be almost nothing or almost impossible to pay. This offense is a low-level misdemeanor. However, it’s also a violent crime. Since tempers are usually running high on these instances, as mentioned above, the deputy sheriff who sets a presumptive bail amount usually hears a very one-sided version of events from the arresting officer. As a result, bail in most of these cases is abnormally high.

Most reckless conduct defendants must either pay cash bail or obtain a bail bond. Cash bail is like a security deposit. If the defendant abides by all conditions, the county refunds most of the deposit. A bail bond is essentially an insurance policy. If the defendant doesn’t fulfil all conditions, the bonding company pays the bail amount. Most bonding companies charge a 10 or 15 percent premium for these policies.

If the cash bail amount is too high to pay and the defendant doesn’t want to pay a nonrefundable premium, sitting in jail a couple of days and pleading to time served might be an option. The conviction most likely goes on your permanent record. But a reckless conduct conviction is not the end of the world, and sometimes, a few hours in jail is better than a few months of probation.

Section 16-5-60 is incredibly broad and difficult to understand, so strap yourselves in. It is illegal to “consciously disregard[] a substantial and unjustifiable risk that his act or omission will cause harm or endanger the safety of the other person” if “the disregard constitutes a gross deviation from the standard of care which a reasonable person would exercise in the situation.” Talk about a mouthful.

The first element usually involves starting a fight. If a motor vehicle or weapon is involved, officers would file different charges. Not that the conduct must endanger a person’s physical safety. Shouting racial epithets or similar conduct might be against the law in Georgia, but they do not violate this section.

Furthermore, the defendant’s behavior must be way off the rails. Picking a fight with an old lady who is crossing the street is a gross deviation from the standard of care which a reasonable person would exercise in the situation. Starting a fight with someone who insults you or threatens you probably does not meet this standard.

We mentioned one disposition option above. But most people don’t want a criminal record if they can avoid it. Fortunately, pretrial diversion or deferred disposition is usually available in these cases.

Pretrial diversion program requirements vary in different courts. Usually, if the defendant walks the straight and narrow for a few months, prosecutors dismiss the case. Since the case never officially goes to court, the defendant could qualify for record expungement, a procedure that’s now called record restriction in Georgia.

However, as mentioned, reckless conduct is a violent offense. Some prosecutors do not include such offenses in their pretrial diversion programs.

Prosecutors are especially willing to offer deferred disposition if there are issues with the evidence. Section 16-5-60 is so broad, and the facts are usually so convoluted, that trials are very unpredictable. There could be other proof issues as well. For example, if the case requires a civilian witness, these individuals are often uncooperative or unavailable.

Additionally, there may be a way to expunge the arrest record in these cases. If the defendant was under 21 at the time of the commission of the offense, the youthful offender loophole might apply. After a five-year waiting period expires, the defendant can ask the judge to erase the records. This option is also available for the aforementioned time served cases.

Reckless conduct cases often have rough beginnings and reasonably happy endings. For a free consultation with an experienced personal injury attorney in Marietta, contact The Phillips Law Firm, LLC. We routinely handle matters in Cobb County and nearby jurisdictions.