You are here: Home / Ga State laws / Who Was That (Un)Masked Man: Facemasks, Criminal Trespass, and Other Random Musings

As of the spring of 2021, the coronavirus pandemic is clearly in its late stages. The easing of facemask and other requirements brings laws like Section 16-7-21 into the forefront. Georgia’s criminal trespass law is perhaps the broadest criminal law on the books. It places police power in the hands of private business-owners.

However, these cases rarely make it to court. We’ve all seen videos of people flaunting COVID-19 rules and requirements, mostly facemask issues. Typically, after a brief timeout in the back of a police car, the offender cools off, apologizes to everyone, promises not to do it again, and the matter is forgotten. The outcome could be different if, as is often the case, the defendant was also intoxicated in public. More on that below.

Criminal trespass and public intoxication are both low-level misdemeanors. If the state presses charges, most people might only do a few months of probation, if that. But these infractions have significant collateral consequences. Many employers see these infractions as “troublemaker” offenses, and very few people want such workers on their payroll. Since the possible penalties are low and the evidence is usually weak, court prosecutors are often eager to dump these cases and use their resources elsewhere. Therefore, a Marietta criminal defense lawyer can often successfully resolve these charges and keep your criminal record clean.

Breaking Down the Four Kinds of Criminal Trespass Charges in Georgia

As mentioned, criminal trespass incidents often end the same way. But the statute contains four different ways of charging such violations. If prosecutors fail to match the facts of the case and the appropriate charging method, and such errors are common, a Marietta criminal defense lawyer has an additional defense. 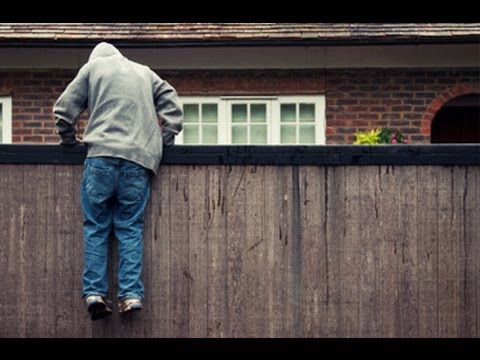 Usually, criminal trespass hinges on a warning. This first subcategory is an exception. If the defendant “damages any property” or “knowingly and maliciously interferes with the possession or use of the property of another person,” the business-owner need not deliver a warning.

Normally, these offenses involve vandalism, such as defacing a statute. A boisterous demonstration which blocks access to a facility, like an abortion clinic, could also be a 16-7-21(a) infraction.

If these cases make it to court, if the defendant makes restitution, prosecutors often drop the charges. That’s especially true if the complaining witness, who is usually the property owner, has either lost interest in the case or now lives outside the court’s subpoena range.

Entering for an Unlawful Purpose

This subsection doesn’t require an owner’s warning or an owner’s testimony. So, these charges are relatively easy to prove in court, assuming the defendant remains at the scene when officers arrive. Usually, when officers catch kids climbing fences, the kids run away.

Occasionally, this subsection also comes up in the coronavirus area. Overaggressive officers sometimes arrest people for not wearing masks in public. But arguably, the defendant did not enter the property for an illegal purpose. S/he just was not wearing a mask at the time. Furthermore, there’s no state law on the books which mandates wearing a mask or maintaining social distance. Municipalities might have such rules, but such rules violations are not misdemeanors in Georgia.

Entering in Violation of a Warning

These violations are a bit more common in the rural areas of Cobb County. Legally, there are five different warnings which could support criminal trespass charges:

Unless you are a first responder or electrician, lack of notice is pretty much the only legal defense to such criminal trespass charges.

A carefully crafted apology often goes a long way toward getting these charges dropped. Usually, the defendant must unequivocally accept blame, explain why s/he trespassed, and promise not to do it again. A Marietta criminal defense lawyer can help defendants compose such apologies.

Remaining in Violation of a Warning

Subsection (b)(3) is probably the most common criminal trespass charge. The warning often involves a vagrancy or loitering violation.

Usually, when officers arrive, they repeat the criminal trespass warning. This repetition makes a record of the warning and also makes things easier for court prosecutors. As long as the prosecutor doesn’t go into the details of the conversation between the property owner and officer, the judge might not require the property owner to appear and give sworn testimony.

Criminal trespass violations aren’t limited to real property. They could also occur on or in a “vehicle, railroad car, aircraft, or watercraft.”

When people act unusually belligerent, they are often intoxicated. Alcohol, as most of us know, loosens inhibitions and clouds judgement. People will say and do things while they are intoxicated that they would never say and do while sober.

If the defendant has the presence of mind to leave the scene after receiving a criminal trespass warning but continues to act boorishly, officers could arrest the person for public intoxication.

Georgia’s law is rather unique. In many states, officers can only place the town drunk in “protective custody” until s/he settles down. But in the Peachtree State, public intoxication is a misdemeanor. Furthermore, it’s not illegal to sleep it off in public, unless the defendant is sleeping in a closed public park or received a criminal trespass warning to wake up and get out.

Pretrial diversion is usually available in these cases. If the defendant completes some program requirements, such as staying out of trouble for a few months and performing some community service hours, prosecutors normally dismiss the charges.

Offenses like criminal trespass are rather serious crimes in Georgia. For a free consultation with an experienced criminal defense attorney in Marietta, contact the Phillips Law Firm, LLC. Convenient payment plans are available.

Several things happen if you refuse a Breathalyzer in Georgia. To encourage, or rather force, more … END_OF_DOCUMENT_TOKEN_TO_BE_REPLACED

Historic violent crime levels are prompting citizens to go to the polls in 2022. Although everyone … END_OF_DOCUMENT_TOKEN_TO_BE_REPLACED

After a jury convicted him, a Winterville, Georgia man who allegedly tried to hook up with a … END_OF_DOCUMENT_TOKEN_TO_BE_REPLACED

In Georgia, and most other states, all parenting time and child custody decisions must be in the … END_OF_DOCUMENT_TOKEN_TO_BE_REPLACED

Especially if the holiday falls on a Monday, Tuesday, Friday, or Sunday, children are between three … END_OF_DOCUMENT_TOKEN_TO_BE_REPLACED