You are here: Home / Pedestrian Accidents / What’s the Deadliest Day of the Year for Children?

Especially if the holiday falls on a Monday, Tuesday, Friday, or Sunday, children are between three and ten times more likely to die in pedestrian collisions on Halloween.

Roads have also become more dangerous for pedestrians in the past decade. In fact, more pedestrians and cyclists were fatally struck by cars in 2018 than any other year since 1990, federal highway authorities recently warned. Adjusting for total vehicle miles traveled, the rate of pedestrian fatalities has increased by 33 percent since 2009. Pedestrians now account for 17 percent of all traffic deaths.

For reasons that are unclear, if Halloween falls on Saturday, pedestrian fatalities drop. 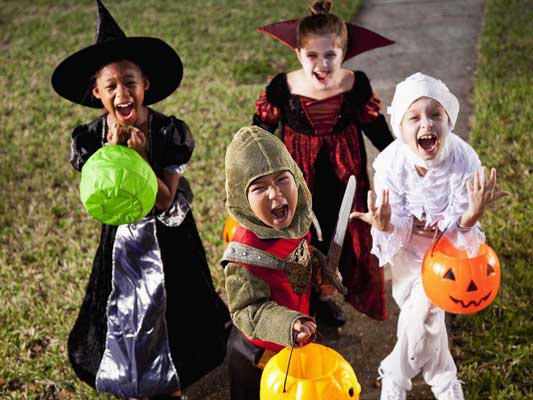 Avoiding Halloween might be the best way to keep your children safe. A few years ago, a local trunk-or-treat event was basically a few cars in a parking lot that handed out a few Tootsie Rolls. In October 2022, many area organizations are hosting many large events. Some of them have several thousand cars.

Starting and ending early is probably the next best thing. Several years ago, lawmakers moved end of Daylight Savings Time to early November. So, by around 6:30, it’s still pretty light outside, even in late October. Granted, trick-or-treating in daylight doesn’t have the same vibe as the traditional affair. However, it’s better than nothing.

Finally, for those who believe it’s just not Halloween if you don’t send kids out after dark, always assume motorists do not see you crossing the street unless they wave or otherwise acknowledge your presence. All too frequently, drivers simply do not see pedestrians, even if they’re crossing in front of them. The risks are so great that trick-or-treaters, and their parents, should take every possible precaution.

Here’s a free parenting tip. If you make your kids wear crossing guard gear and suck the fun out of traditional tick-or-treating, those lame trunk-or-treat events suddenly look a lot more attractive.

Slight excessive speed may be the most prominent factor in pedestrian injuries. At impact speeds less than 20mph, the pedestrian death rate is about 1 percent. At 30mph, the fatality rate increases a staggering 1,000 percent. As mentioned above, the fatality rate increase is even higher among young children. Some of the serious injuries these victims sustain include:

Driver distraction is one of the leading causes of pedestrian injuries. Although device distraction cases have dropped recently, overall distraction still causes hundreds of thousands of injuries per year. Most of these wrecks are non-device wrecks, such as eating or drinking while driving.

To stem the rising tide of pedestrian fatalities, many cities have launched aggressive Vision Zero policies over the last several years. For the most part, these plans seemed to be working before the pandemic, when they went off the rails.

Additionally, the most successful Vision Zero campaign does nothing to compensate the victims of these wrecks. A Marietta personal injury attorney must do that.

Negligence per se and ordinary negligence are the most common legal theories in pedestrian injury claims.

If an emergency responder tickets a driver, the negligence per se doctrine could apply. Tortfeasors (negligent drivers) could be liable for damages as a matter of law if:

Theoretically, this time-saving principle applies in almost every vehicle-on-pedestrian collision. However, to many emergency responders, pedestrian fatalities are civil matters. They’d rather do nothing and let lawyers and/or insurance companies sort things out.

So, in most cases, a Marietta personal injury lawyer must use circumstantial evidence to prove ordinary negligence, which is basically a lack of care. Common kinds of driver negligence include:

The standard of proof is low in these cases. Attorneys must only prove negligence by a preponderance of the evidence, or more likely than not.

What to Expect in a Pedestrian Injury Claim

One of the most common insurance company defenses is that the victim “darted into traffic” and therefore the driver had no idea what was about to happen. Many victims feel the same way when their cases go to court. Most have never been to court before, so they have no idea what’s about to happen.

Almost all personal injury claims settle out of court. A few settle almost immediately. Once medical treatment is at least mostly over, a Marietta personal injury lawyer sends a demand letter to an insurance company. If all issues in the case, mostly liability and damages, are clear, Georgia law requires the insurance company to settle the claim within a few weeks.

Most pedestrian injury claims aren’t that simple. As mentioned, many insurance company lawyers blame the victim for the accident. Moreover, lawyers often contest the amount of damages. That’s especially true if the victim didn’t immediately get admitted into a hospital.

So, most cases drag on, past the point of filing legal paperwork. In fact, many civil cases don’t settle until mediation. A third-party mediator ensures that both sides negotiate in good faith. “I’ll see you in court” and “Take it or leave it” are not good faith negotiating positions. Mostly because of this additional responsibility, mediation is about 90 percent successful.

Injury victims are entitled to substantial compensation. For a free consultation with an experienced Marietta personal injury attorney, contact The Phillips Law Firm, LLC. We do not charge upfront legal fees in these matters.