You are here: Home / Personal Injury / What to Expect in a Car Wreck Case 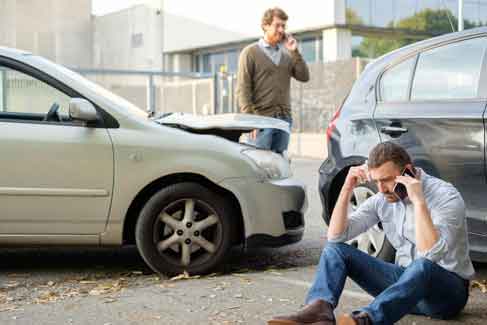 Since the victim/plaintiff has the burden of proof in court, all successful claims have foundations of solid evidence. Frequently, this part of the process does not take very long. The burden of proof is only a preponderance of the evidence (more likely than not). So, a little proof goes a long way.

This proof usually includes the police accident report and medical bills. But these things may not be enough.

If additional evidence is necessary, it is usually not hard to find. Some examples include:

This evidence may not be hard to find, but there may be some other issues. The EDR is a good example. Georgia has very strict vehicle data privacy laws. Normally, attorneys must obtain court orders before they can examine and download EDR information.

Based on the evidence, most car crash claims involve one of the following legal theories:

Mostly based on the evidence and theory of liability, attorneys negotiate with the insurance company. As mentioned above, these negotiations usually begin after medical treatment is at least substantially complete.

The amount of evidence largely dictates a claim’s settlement value. The more evidence the victim/plaintiff presents, the higher the damage award usually is. Other factors in this determination include any insurance company defenses, like comparative fault, and the victim/plaintiff’s motivation to settle the case.

Generally, an attorney uses a multiplier to determine noneconomic damages. That multiplier may be two, three, or four, largely depending on the facts. This figure serves as a starting point for settlement negotiations. It may also be a bottom line.

If the claim does not settle after a few months of talks, attorneys usually file court paperwork to preserve the victim’s legal rights. At that point, mediation settles many cases.

Cobb County judges typically refer contested matters to mediation. A neutral third party, who is usually an unaffiliated Marietta personal injury attorney, meets with both parties and tries to facilitate a settlement.

Generally, after each side gives a brief opening statement, the parties retire to separate rooms. The mediator then goes back and forth, conveying settlement offers and counteroffers. If both parties negotiate in good faith, mediation is usually successful.

Reach Out to a Tenacious Lawyer

Most car crash claims settle out of court, and sometimes this process takes time. For a free consultation with an experienced personal injury attorney in Marietta, contact The Phillips Law Firm, LLC. We do not charge upfront legal fees in negligence cases.