You are here: Home / Criminal / What is the Difference Between a Felony and a Misdemeanor in Georgia?

Both categories are criminal offenses. Technically, defendants can represent themselves in criminal court. These situations almost always end badly for defendants. A court-appointed lawyer might be an option in some cases. Different courts have different eligibility requirements.

Whether you are charged with a misdemeanor or a felony, a private Marietta criminal defense lawyer is normally your best option. A private attorney is dedicated to upholding your individual rights. More importantly, defendants have complete control over the attorney they use. Court-appointed lawyers, while often capable, are just that. The judge assigns counsel, so you get who you get, and you can’t throw a fit. 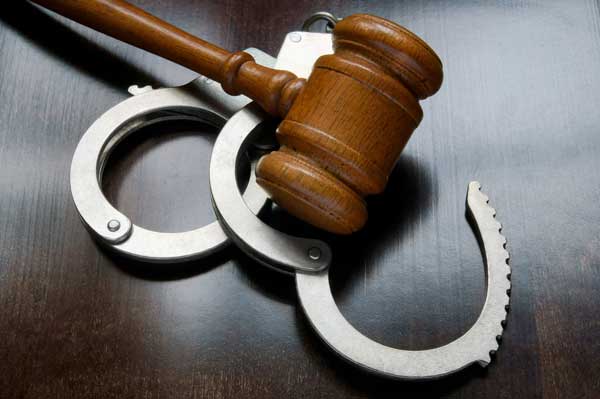 Some criminal offenses are basically traffic tickets. Occasionally, these cases originate in municipal court, alongside the aforementioned traffic tickets. Much more often, however, county prosecutors agree to reduce charges as part of a plea bargain agreement.

Plea bargains resolve over 90 percent of criminal cases. These resolutions are usually almost as good as a not guilty verdict at trial. Furthermore, a bird in the hand is generally worth two in the bush. Deep down, most jurors assume that the defendant did something wrong. Therefore, legally convicting the defendant is an easy reach.

Mostly for political reasons, prosecutors often do not reduce DUI charges to low-level misdemeanors. When that happens, prosecutors might reduce them to reckless driving.

Reckless driving is an extremely vague law which applies to anyone “who drives any vehicle in reckless disregard for the safety of persons or property.” That could be anything from rolling through a stop sign to driving drunk on the wrong side of Interstate 75. Weak evidence in a DUI case that could prompt such a reduction could be a complete refusal to perform the walk-and-tun and other Field Sobriety Tests or a spot-on .08, if the Breathalyzer had some calibration or other issues.

Assault charges are a bit different. ABC (Assault by Contact) is a recognized infraction in Georgia. These charges usually apply if the assault involved no visible injury, like a red spot or scrape. The aforementioned bird in the hand mantra applies to the state as well. Prosecutors often believe that it’s better to convict the defendant of something rather than letting the defendant walk due to a lack of evidence.

As for drug cases, the War on Drugs probably peaked in 1986, with the sudden death of basketball phenom Len Bias. Although it’s not as intense, this War continues today. Prosecutors are very aggressive in this area. So, if officers catch the defendant with drugs but the evidence is weak, prosecutors often reduce the charges to PODP (Possession of Drug Paraphernalia).

Automobile cases are a good example. If Jane was in the back seat, it’s hard to link her with drugs in the front seat. In this situation, Jane might be willing to plead to PODP, especially if she got deferred disposition. More on that below.

For practical purposes, a standard DUI conviction usually means about nine months of probation. There are some collateral consequences as well, such as drivers’ license suspension. Evidence in a DUI usually includes the aforementioned field sobriety tests and, in about 80 percent of cases, a chemical test.

DUI charges usually hold up in court if the defendant was behind the wheel of an operational vehicle and did not have the normal use of his/her mental or physical faculties per the field tests, or was intoxicated according to a chemical test.

Misdemeanor assault charges are appropriate if the defendant injured the alleged victim in any way. Since officers rarely witness assaults firsthand, the alleged victim must usually testify in court. There may be a legal loophole which eliminates this requirement, but that’s the subject of another blog.

Drug possession is usually a misdemeanor. To prove these charges, prosecutors must establish that the defendant knew about the substance and exercised control over it. That’s why automobile drug possession cases are often hard to prove in court.

In this last section, we’ll look at how prosecutors often use the facts in these cases to elevate charges from misdemeanors to felonies. Such escalation gives them a leg up in plea negotiations.

Common aggravating circumstances in DUI cases include prior convictions, a child passenger, and a collision. The first two are normally easy to establish. The third one, which is much more common than the others, is not so easy to prove.

Assault cases are somewhat similar. Prosecutors could enhance ordinary assault to aggravated assault if the defendant used a weapon or caused a serious injury.

Almost any object, even a beer bottle or fork, could be a weapon. Serious injury enhancements are usually harder to prove. Frequently, alleged victims sustain such injuries, but there are no medical bills or other proof to support the enhancement.

Finally, prosecutors often enhance drug possession cases to drug trafficking charges based on additional evidence, such as weapons, cash, baggies, or an unusually large quantity. As discussed above, some of these enhancements are easier to prove than others.

Whether you are facing felony or misdemeanor charges, you need an experienced criminal law attorney in Marietta on your side. So, contact The Phillips Law Firm, LLC for a free consultation. Virtual, after-hours, and home visits are available.