You are here: Home / Ga State laws / Treatment Instead of Incarceration

The co-founder and executive director of the Davis Direction Foundation attended the ribbon-cutting ceremony for The Zone recently. The Marietta Daily Journal reported that Cobb County’s District Attorney and Attorney General appeared at the opening with about 100 supporters. The Zone is “the culmination of all the answers” that the co-founder received when asking people with addictions to heroin and other opioid drugs on how a center could best serve their population. She discovered that “staying clean” was the issue at hand and part of what inspired her to form The Zone, an addiction recovery center. 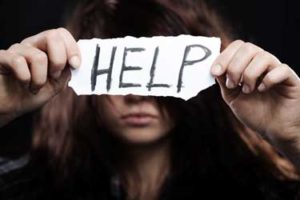 The co-founder feels that recovery will best occur in a community. Cobb’s attorney general echoed this belief, stating that “we’re now trying to serve these individuals that need our protection and help,” as an alternative to and better solution than incarceration. The District Attorney added that the Davis Direction Foundation “is one of our partners in trying to combat the heroin and opioid epidemic that we’re struggling through now.” According to the Foundation’s website, 26% of heroin users are between ages 18 and 25, and there are a suspected 669,000 addicts in the United States. This addiction has the added misfortune of having “about an 87% relapse rate,” as stated by the co-founder.

The catalyst for the Davis Direction Foundation was just shy of his 21st birthday and the son of the co-founder. Her loss has inspired her to reach out to the community and help prevent another tragedy. The Zone, as described by the executive director of the Georgia Council on Substance Abuse, “is incredible. Addiction isn’t something you have to carry around for life. Places and programs like this show that you can get better.” The Zone will offer social events, yoga, music therapy, scholarship support, and a variety of other resources to support anyone in any stage of recovery. The Foundation itself strives to eliminate the stigma associated with heroin addiction and wishes for people to understand that it is a disease that requires treatment.

If you need help or know someone who needs recovery support, please turn to The Zone, located at 32 North Fairground Street in Marietta.

According to a federal jury, before she was center stage in a slew of reality TV programs, Julie … END_OF_DOCUMENT_TOKEN_TO_BE_REPLACED

In the months leading up to this tragic school shooting in a quiet Texas town, the gunman apparently … END_OF_DOCUMENT_TOKEN_TO_BE_REPLACED

Thanks to a new law, the number of hate crimes that went to Georgia courts was up over 500 percent … END_OF_DOCUMENT_TOKEN_TO_BE_REPLACED