Mostly for financial reasons, almost all convicted defendants in Cobb County receive probation. Even violent and/or repeat offenders usually get suspended sentences. The fees and other money that probationers pay do not make the probation department self-sufficient. However, these funds at least offset the enormous expense of operating these agencies. Jails and prisons are simply costs.

There are other reasons this system is in place. For example, high probation rates give police investigators a starting point. When they open investigations, they almost always begin by rounding up the usual suspects, at least metaphorically. Frequently, one of these individuals at least provides important information about the new offense.

For these and other reasons, judges do not really want to incarcerate probation violators. However, they do want probationers who follow the rules. So, a Marietta criminal defense attorney can often successfully resolve some of the more common probation violation matters in Cobb County. These resolutions often include more stringent conditions or a brief jail sentence as condition of reinstatement. 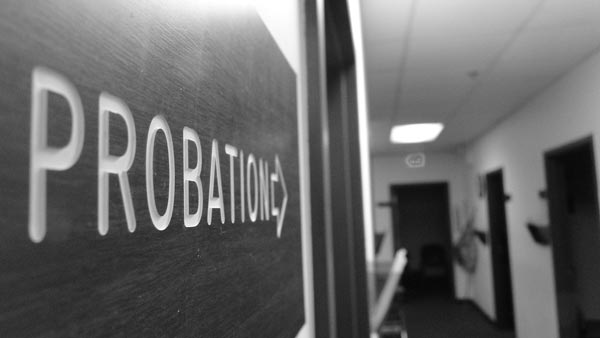 Commit no other offense against the State of Georgia is the most prominent condition of probation in Cobb County. It’s also the most common probation violation.

The other violations on this list are discretionary, at least to an extent. Violations don’t always prompt revocation motions. But most probation departments have mandatory revocation rules in this first area. If the defendant picks up a new case, the probation officer must refer the matter to prosecutors. Extenuating circumstances are irrelevant.

In these cases, pretrial jail release is usually the most important, and most difficult, task for a Marietta criminal defense attorney.

Jail release is not just significant for personal reasons. It’s also important for legal reasons. It takes time to investigate a case and prepare a defense. Time is not on your side in these cases. In fact, many defendants feel pressure to plead guilty quickly in these situations, just to get it over with.

Jail release is difficult in these cases. Generally, county sheriffs do not set presumptive bail amounts, even if the new offense is relatively minor. So, a Marietta criminal defense lawyer must demand a bail reduction hearing. At this hearing, the judge considers a number of factors before assigning a reasonable bail amount, such as:

Once a lawyer obtains reasonable pretrial release terms, a full range of procedural and substantive defense to the new offense are usually available. Aggressively attacking the state’s evidence is usually the only way out. Prosecutors normally do not voluntary dismiss probation violation cases for any reason.

Assume Shelia’s probation conditions forbid her from possessing alcohol. When she meets with her probation officer, he smells alcohol on Sheila’s breath.

That evidence would not hold up in court in a criminal possession case. However, it does satisfy the preponderance of evidence test. It’s more likely than not that Shelia possessed alcohol.

These last three areas are almost always discretionary probation violation matters. Before the probation officer forwards paperwork to prosecutors, s/he usually gives a probationer to make things right. After all, as mentioned above, the system wants to keep people on probation, as long as they follow the rules.

Usually, prosecutors are much harder on absconders than appointment missers. What’s the difference between these two things?

Absconders make no effort to meet with their probation officers or comply with any other terms of probation. They simply skip out, and the judge immediately issues a warrant. Sooner or later, officers serve that warrant. Eventually, the defendant will get in trouble again, even if it’s something like rolling through a stop sign.

The same principles discussed above apply in these situations. Most probationers get at least a chance or two to complete a court-ordered counselling requirement.

Failing to complete a counselling course is a different matter. We mentioned DUI probation above. Frequently, an alcohol evaluation is a condition of DUI probation. If the probationer says s/he does not have a problem with alcohol, many counsellors declare that s/he is in denial and throw him/her out of the program.

So, a Marietta criminal defense attorney must ensure that the defendant attends a counselling program that is possible to complete.

Payment of fines, court costs, restitution, and other fees is a standard condition of probation. So, failure to pay money, or pay it as scheduled, is a common probation violation.

Most probation officers give most people multiple chances to pay money. That’s especially true in areas like DUI probation. A first-time DUI can cost upwards of $10,000 when all is said and done.

There are some legal issues as well. To many judges, incarcerating a defendant for failure to pay money essentially makes the county jail a debtors’ prison.

Probation violations are very serious, but options are available. For a free consultation with an experienced criminal law attorney in Marietta, contact The Phillips Law Firm, LLC. We routinely handle matters in Cobb County and nearby jurisdictions.