You are here: Home / Criminal / The Two Sides of a Hit-and-Run Accident

Fear of financial responsibility is the leading cause of hit-and-run accidents in Georgia. The Peachtree state has one of the highest percentages of uninsured drivers in the country. At the same time, Georgia has one of the nation’s lowest auto insurance minimum requirements. Therefore, a significant number of Cobb County motorists are either uninsured or underinsured. If you are in that situation, running away from an accident and hoping you don’t get caught usually seems like a better option that staying behind and facing the music. 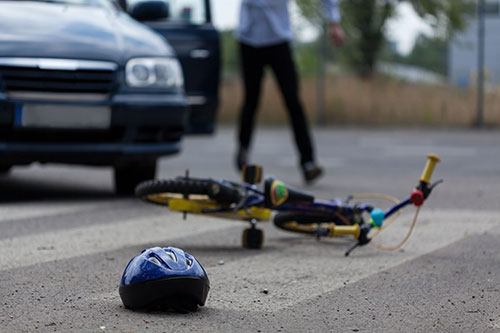 Georgia has a rather standard stop and render aid law. Motorists involved in accidents, whether they cause them or not, must stop ASAP. Furthermore, they must furnish certain information, such as insurance information, upon request. They must also give injured victims “reasonable assistance.” A violation is normally a misdemeanor, unless the defendant has a prior hit-and-run conviction within the last five years.

The law itself is straightforward. Successfully prosecuting offenders under this law, however, is a different story. In many jurisdictions, the hit-and-run apprehension and conviction rate is less than 7 percent.

Unless the defendant is caught near the scene or voluntarily confesses, the apprehension rate is quite low. Investigators might have little more than a vague description of the car and the general damage it sustained. Unless investigators get lucky and crack the case early, they usually move onto other projects. To many police officers, vehicle collisions are essentially civil matters for insurance companies. They aren’t law enforcement matters.

Even if investigators do catch the defendant, it’s hard to prove these cases in court. Prosecutors must establish, beyond a reasonable doubt, that the defendant was driving the car. A vehicle description probably won’t hold up in court. Usually, a credible eyewitness must have had a very good look at the driver’s face. Such evidence is difficult to find.

Confessions often involve procedural defenses, such as a failure to timely administer Miranda rights. Before officers ask any questions, such as “Do you own an X model vehicle,” they must tell defendants they have the right to remain silent, the right to an attorney, and so on. Unless that happens, any evidence police acquire subsequently, such as a confession, is inadmissible.

The difficulty of obtaining a conviction increases the chances of a favorable out-of-court settlement, such as pretrial diversion. Normally, if the defendant completes some basic program requirements, such as avoiding arrest for a few months, prosecutors dismiss the charges. Other options are available as well.

In contrast, the burden of proof in civil court is only a preponderance of the evidence, or more likely than not. Therefore, in a hit-and-run claim, identifying the owner is usually sufficient. Typically, it’s more likely than not that, at any particular time, the owner was driving the vehicle.

So, in a civil claim, a vague description of the vehicle could hold up in court, especially if the witness saw part of the license plate number.

Other evidence could be admissible as well. Assume a hit-and-run witness said a light-colored pickup was involved in the accident. A short time later and a few miles away, a red-light camera captures footage of Alex, who was driving a white pickup, driving away from the accident scene.

There’s more. A Marietta, GA attorney, often in partnership with a private investigator, can usually find additional evidence that police investigators overlooked, such as:

Even if no additional evidence is available, compensation might still be in the cards. Many people have uninsured/underinsured motorist insurance. UM/UIM premiums are generally low, and the coverage amount is usually high. So, if a Marietta, GA attorney cannot find the at-fault driver, the victim might be able to file a UM/UIM claim.

These claims often settle quickly and on victim-friendly terms. The insurance company wants to keep its paying customer happy.

Although officers have broad authority at sobriety checkpoints, this authority is not unlimited. For a free consultation with an experienced Marietta, GA lawyer, contact The Phillips Law Firm, LLC. Convenient payment plans are available.