You are here: Home / Criminal / Spoliation of Evidence in Medical Malpractice Case

During a medical malpractice case in Henry Superior Court, Lee Phillips and Santhonia Hector asked that a charge of spoliation of evidence be levied against the defendants who worked at Henry Medical Center. Shortly before birth, Lee Phillips was allegedly deprived of oxygen, causing spastic quadriplegia, blindness, and an inability to speak. 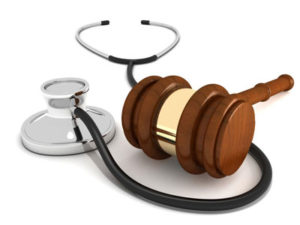 As is typical for most births at Henry Medical Center, the nurses printed paper strips from the fetal heart monitor during labor and delivery and posted notes on the strips, which are then used as references to complete the official record. The medical center usually keeps the strips for 30 days prior to destroying them. The strips in question were destroyed before the medical center, nurses or doctor were notified of the impending lawsuit. The trial court denied the plaintiffs’ request, and the Court of Appeals upheld its decision.

The Georgia Supreme Court, however, determined that the previous courts’ rationale was incorrectly based upon a notice of litigation. The Court explained that in situations in which a lawsuit is reasonably expected, then the responsibility to maintain evidence arises. The Court of Appeals adopted the Supreme Court’s decision and reversed the trial court’s judgment, and the Court instructed the trial court to follow the Supreme Court’s ruling for any retrial.

In 2021, Cobb County had one of the highest arrest rates in the state. The direct consequences of a … END_OF_DOCUMENT_TOKEN_TO_BE_REPLACED

A Lumpkin man, who now faces about a half-dozen criminal charges, is the latest person to get caught … END_OF_DOCUMENT_TOKEN_TO_BE_REPLACED

Several things happen if you refuse a Breathalyzer in Georgia. To encourage, or rather force, more … END_OF_DOCUMENT_TOKEN_TO_BE_REPLACED

Historic violent crime levels are prompting citizens to go to the polls in 2022. Although everyone … END_OF_DOCUMENT_TOKEN_TO_BE_REPLACED