Few details were available after a violent collision killed an 18-year-old high school senior and her 14-year-old sister.

The wreck occurred on State Highway 4, at the intersection of Five Points Road. The two girls were declared dead at the scene after the car they were riding in pulled in front of an oncoming semi-truck. No other injuries were reported.

Left-Turn and Right-Turn Wrecks in Georgia 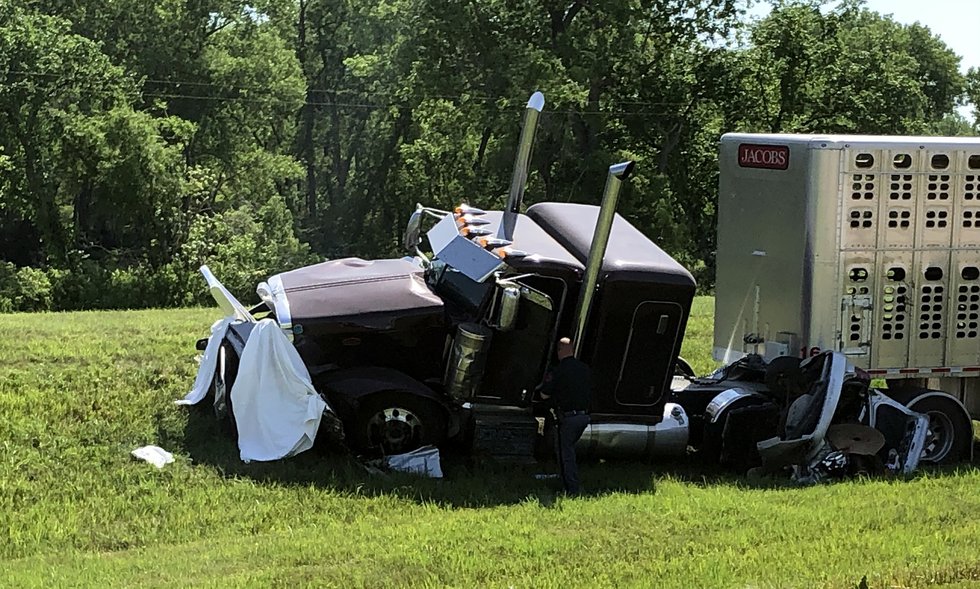 These wrecks usually occur on surface streets, and they frequently involve pedestrians, motorcyclists, or bicyclists.

Sometimes, vehicle drivers aren’t watching the road and they turn directly in front of large trucks. These vehicles cannot stop on a dime, especially if they are fully loaded. Other times, the truck might be several hundred feet away. If that’s the case, the truck driver has plenty of time to at least slow down and reduce the force of the wreck. The duty of care sometimes comes into play in these situations. More on that below.

Because of these issues, most turn wrecks involve the comparative fault defense. This doctrine basically shifts blame for an accident from the tortfeasor (negligent driver) to the victim.

If Harry turns in front of Sally and they collide, both drivers are partially at fault. Harry should have yielded the right of way and Sally should have been driving defensively. In these cases, jurors must listen to the evidence and divide responsibility on a percentage basis.

In some states, any fault on behalf of the victim torpedoes a damage claim. But Georgia is a modified comparative fault state with a 50 percent bar. If the tortfeasor was at least 50 percent responsible for the wreck, the victim is entitled to a proportionate share of damages.

So, if you were hurt in a wreck, even if the other driver was only partially at fault, always have a Marietta personal injury lawyer evaluate your case. You don’t know how much compensation you may be entitled to until an attorney evaluates your claim.

However, we are getting ahead of ourselves. As mentioned, comparative fault is an insurance company defense. A Marietta personal injury attorney must first make a prima facie (preliminary) case for negligence. This case is primarily based on the evidence discussed above. These cases are also based on either ordinary negligence or negligence per se. The applicable duty of care is the foundation of both legal theories.

Ordinary negligence is usually a lack of reasonable care. This duty requires most motorists to drive defensively and avoid wrecks if they can.

Most commercial operators have a higher duty of care. They must take additional steps to avoid vehicle collisions.

Sometimes, the standard of care does not matter. If a tortfeasor violates a safety law, an emergency responder issued a citation, and that violation substantially caused injury, the tortfeasor could be liable for damages as a matter of law.

Because of the higher duty of care, it’s usually easier to establish first party liability in truck wreck claims. It’s also easier to establish vicarious liability. Third party liability is especially important in wrongful death and catastrophic injury claims. Georgia has one of the lowest auto insurance coverage requirements in the country. Many commercial drivers only have the state-required minimum. So, these drivers might not have enough insurance coverage to pay fair compensation in these claims.

Other employer liability theories, which often apply in assault and other intentional tort claims, include negligent supervision and negligent hiring.

Injury victims are often entitled to substantial compensation. For a free consultation with an experienced personal injury attorney in Marietta, contact The Phillips Law Firm, LLC. We do not charge upfront legal fees in these matters.