You are here: Home / Criminal / What to Expect in a Resisting Arrest Case

Resisting arrest is one of the most commonly-charged violent misdemeanors in Cobb County. It’s typically a fallback charge. Police arrest people for 16-10-24 violations when they cannot think of any other crime to charge. That approach often causes significant problems for prosecutors at trial, as outlined below. 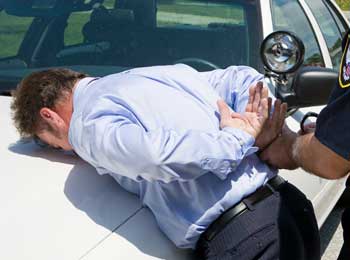 This offense is also extremely subjective. The 1991 Rodney King case is still a good example. Booking photos clearly showed that Los Angeles Police Department officers used an incredible amount of force when they subdued King. But twelve jurors looked at this video and declared that the officers did not use excessive force. After all, King was high on PCP at the time and, if you look closely, some of his movements do appear somewhat menacing.

Effective trial tactics may have one the day during the first trial. Lawyers for the officers did not object as prosecutors played the video over and over. The repeated viewings eventually de-sensitized the jury.

Getting Out of Jail on Resisting Arrest Charges

The good news is that, in most cases, resisting arrest is a misdemeanor. So, the bail amount is typically under $1,000, even if the defendant has a criminal record. The bad news is that, for many people, a thousand dollars might as well be a million dollars.

OR (Own Recognizance) release is usually not available in these cases. Most pretrial services offices only recommend OR release for theft and other non-violent misdemeanors. Even if pretrial release is available, the review board may not make a decision for several days. That’s a long time to sit in jail.

A bail bond is usually the best option. Typically, the premium is only about 15 percent of the bail amount. And, release is just a matter of processing paperwork. That normally only takes a few hours. Finally, a bail bondsman is usually more accessible when it comes to the mechanics of bail. For example, bonding company agents carefully explain all the bail terms and conditions. Cobb County deputy sheriffs, on the other hand, usually just give defendants some papers and send them on their way.

Resisting arrest cases officially begin when prosecutors file informations. These pleadings are like the petition in a divorce case. The information must allege every element of the offense, viz:

Section 16-10-24 is a general intent crime. So, the jury generally infers intent based on the defendant’s actions. That could be a good thing or a bad thing.

People can obstruct or hinder officers in many different ways. They may not pull over immediately after the officer turns on overhead lights, refuse to answer “what’s your name” or other basic questions, refuse to produce a driver’s’ license or other identifying document, not answer questions or produce documents fast enough to please the officer, and the list goes on.

On the other hand, the defendant’s actions could infer lack of intent. Many defendants have limited English skills. Furthermore, any arrest is a very frightening experience, and some people just freeze.

Illegal arrest is a good defense in Georgia as well. In many jurisdictions, officers have broad authority to investigate crimes, and pretty much anything they do is legal. But the Peachtree State is different. 2012’s Ewumi v. State is a good example. Officers tried to stop Ewumi near the scene of an apartment shooting, largely because he was black and wearing a hoodie. He got scared and ran. Officers eventually caught and subdued him, but not before he “kicked his legs about and threw his elbows back and forth.”

The court threw out the resisting arrest charge. Since the officers lacked probable cause for the arrest, and may have lacked reasonable suspicion for the stop as well, the arrest was illegal an Ewumi “was justified in resisting the attempted arrest with all force that was reasonably necessary to do so.” That holding implies that, in unlawful arrest cases, violence may even be justified if officers use weapons, which they almost always do.

Most criminal cases, including resisting arrest cases, settle out of court. Frequently, these settlements include reduced charges. These outcomes are quite common in these cases.

At best, the prosecutor’s evidence is basically the police officer’s version of events. Many Cobb County jurors no longer accept police officer statements as evidence beyond a reasonable doubt. In 2015, public confidence in police officers hit a 22-year low. If the defendant has a defense, like lack of intent or a questionable arrest, such a favorable plea deal is even more likely.

Many times, Cobb County prosecutors reduce resisting arrest charges to reckless conduct. Section 16-5-60 is also a misdemeanor, but a conviction does not have the same impact. When employers, landlords, and other civilians see “resisting arrest,” they may envision a you’ll-never-take-me-alive situation. But when they see “reckless conduct,” they often think of reckless driving.

Connect with a Passionate Lawyer

Resisting arrest is a serious charge that has multiple possible defenses. For a free consultation with an experienced criminal defense attorney in Marietta, contact The Phillips Law Firm, LLC. Our main office is conveniently located in downtown Marietta.