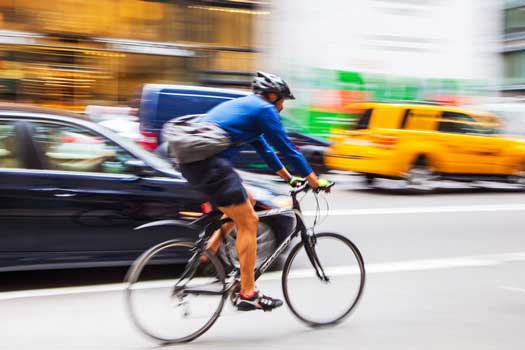 Speed is usually the critical factor in pedestrian accidents. If the tortfeasor (negligent driver) is travelling slower than 20mph, the pedestrian fatality rate is less than 20 percent. The fatality rate skyrockets to 90 percent at impact speeds of 40mph or greater.

Moving violations in general, and failure to maintain a proper lookout in particular, causes many pedestrian accidents. Most motorists look out for other vehicles on the road, typically because the fast motion draws their attention. But that’s not true for slow-moving pedestrians who are on the periphery of the roadway.

It is no coincidence that most pedestrian fatalities occur outside marked crosswalks and on semi-rural roads. Motorists are not watching out for pedestrians in these places. Their visibility is even more limited if the sky is dark or other conditions are less than ideal.

Finally, defectively designed roadways cause some pedestrian accidents. Generally, Marietta roads and streets were designed to move vehicle traffic as quickly as possible from one place to another. Most streets have multiple lanes which are straight and wide, along with long green lights. It’s very difficult for people with any mobility impairment at all to safely cross such streets. There may be physical defects as well, such as large potholes.

Defective roadway claims are difficult, but not impossible, to win. The government often has limited immunity in these cases.

Victim/plaintiffs have the burden of proof in court. They must establish negligence by a preponderance of the evidence (more likely than not). So, attorneys must thoroughly investigate the accident and collect evidence.

The Event Data Recorder is a good example of the kinds of evidence that attorneys collect. As mentioned, speed is one of the biggest factors in these incidents. Much like black box flight data recorders, EDRs measure mechanical performance factors, such as vehicle speed. Assuming the gadget was working properly, it’s almost impossible for insurance company lawyers to successfully challenge EDR evidence.

Attorneys must act quickly to preserve such evidence. Otherwise, the tortfeasor may “accidentally” delete important data. So, attorneys usually send spoliation letters to vehicle owners. These letters create a legal duty to preserve any potential physical evidence, including EDR information.

So, lawyers typically send letters of protection to medical providers. These letters guarantee payment when the case is resolved. As a result, these providers charge nothing upfront for medical care. So, victims get the treatment they need, and not just the treatment they are able to afford.

Building a solid claim for damages through evidence like the EDR and medical bills is not enough. Attorneys must also be ready to answer a number of insurance company defenses, such as contributory negligence and sudden emergency.

The sudden emergency defense is basically an extreme form of contributory negligence. This rule excuses liability if the tortfeasor:

In many court documents, insurance companies claim the victim “darted out into traffic.” This line sets up the sudden emergency defense. Lawyers argue that the tortfeasor could not have avoided the victim.

But a jaywalking pedestrian is not a “sudden emergency” in this context. That category includes things like hood fly-ups and other completely unexpected situations. Tortfeasors should be prepared for everyday emergencies like jaywalking pedestrians, stalled cars, and large potholes.

Pedestrian accident victims may be entitled to substantial compensation. For a free consultation with an experienced personal injury attorney in Marietta, contact The Phillips Law Firm, LLC. We routinely handle matters in Cobb County and nearby jurisdictions.