Largely because it is legal and available, alcohol causes about a third of the fatal vehicle collisions in Cobb County. These qualities are present in other areas as well. Many prescription painkillers, like Fentanyl, are more powerful than heroin. They are available at most corner drug stores. Additionally, tranquilizers like NyQuil and Sominex are available at most grocery stores. Drugs like these account for almost as many fatal crashes as alcohol.

Frequently, impairment crashes are high-speed wrecks which cause serious injuries. Therefore, a Marietta personal injury attorney may be able to obtain substantial damages in these situations. Typically, these damages include compensation for economic losses, such as medical bills, and noneconomic losses, such as pain and suffering. Additional punitive damages may be available as well, in some extreme cases. 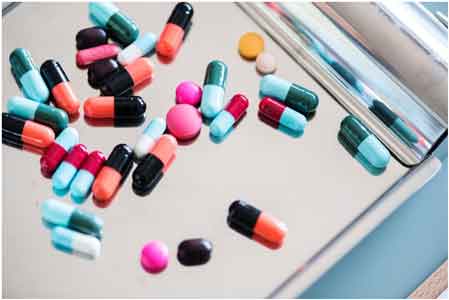 How Does Substance Impairment Affect the Body?

The aforementioned damages are often higher in substance impairment cases. These drivers normally know they are too impaired to safely operate a motor vehicle. Yet they chose to get behind the wheel anyway and put other people at risk. Most Cobb County jurors take a dim view of that kind of intentional misconduct.

Alcohol’s effects are fairly well-established. Impairment begins with the first drink and progressively gets worse over time. Most people can metabolize about one drink an hour. So, if a person has three beers, the impairing effect will last for at least three hours.

Marijuana’s effects are different. Many people get very high very quickly, and the effect fades rather quickly. This process encourages people to take more frequent hits. As a result, many marijuana users are much more impaired than they think they are. So, they may take more chances while they drive.

The effect of a prescription painkiller largely depends on the extent of illness or injury. Many people take powerful painkillers to relieve relatively minor discomfort, such as a root canal or twisted ankle. In these cases, the patient gets much more of a high. Very little of the drug goes to counteract pain. Additionally, people react to discomfort in different ways.

In many alcohol-related crash claims, there is direct evidence of impairment. Most people voluntarily submit to breath or blood tests. Additionally, following a serious injury crash, most hospitals routinely take blood samples.

Typically, the negligence per se doctrine applies in these situations. Tortfeasors may be liable for damages as a matter of law if:

That “substantial” qualifier means a lot. For example, the actual cause of a car crash might be running a red light. But impairment could be the substantial cause. Alcohol impairs both judgement and motor skills. The aforementioned drugs have much the same effect.

Currently, blood tests are basically the only direct evidence available in drug impairment claims. But that may change soon, especially with regard to marijuana use. Researchers at several universities are developing saliva, breath, and other tests which quickly and effectively measure THC content in the body.

The victim/plaintiff must establish impairment by a preponderance of the evidence. That’s the lowest standard of proof in the law.

Some people may remember the 1990s O.J. Simpson double murder trial. A criminal jury acquitted Simpson. But later, a civil jury found him guilty of causing the wrongful deaths of Nicole Simpson and Ronald Goldman. How could two juries review the same evidence and reach different conclusions? The burden of proof is much higher in criminal court (beyond a reasonable doubt), so there simply was not enough evidence against him in criminal court.

High-speed impairment crashes often cause severe trauma injuries, like head injuries, as well as neck and spine injuries, like whiplash. These wounds are difficult and expensive to diagnose and treat.

In the wake of a crash, attorneys can connect victims with doctors, usually at no upfront cost. However, the bills eventually come due. Unfortunately, Georgia has one of the lowest auto insurance minimum requirements in the country. So, many tortfeasors (negligent drivers) do not have enough coverage to make good on all these losses.

Fortunately, Georgia also has a very broad dram shop law. This provision holds restaurants, bars, and other commercial providers liable for damages if the establishment sells alcohol to:

Evidence of intoxication at the time of sale includes the aforementioned circumstantial evidence, as well as any statements the tortfeasor made to the cashier. Legally, if there is any evidence of impairment, employees usually have a duty to ask questions.

Similar liability may apply in drug impairment cases. Georgia has laws which forbid over-prescribing opioid painkillers and limit sales of certain over-the-counter medicines. However, the victim/plaintiff must show the car crash was a foreseeable result of the illegal sale. That evidence is difficult, but not impossible, to produce, especially given the low burden of proof in civil cases.

Connect with an Assertive Lawyer

Impaired drivers often cause serious injuries. For a free consultation with an experienced personal injury attorney in Marietta, contact The Phillips Law Firm, LLC. We do not charge upfront legal fees in negligence cases.