Moreover, the so-called “jailhouse blues” are not just metaphorical. Pretrial detention elevates stress hormone levels, causing a brain injury. Therefore, people who are behind bars often are not thinking clearly. As a result, they sometimes accept plea agreements which offer short-term relief but have severe long-term consequences.

Therefore, before they do anything else, Marietta criminal defense attorneys work diligently to secure pretrial release. If the defendant remains in jail, it’s very difficult to prepare for trial anyway. Defendants who are behind bars cannot assist in their own defenses in any practical way. In other words, unless the defendant is free pending trial, an attorney must always play from behind.

Nevertheless, the number of unsentenced inmates has prompted Cobb County officials to expand the county’s pretrial release program. OR (Own Recognizance) release is an alternative to bond. Some jurisdictions, such as New York, have done away with the cash bail system altogether. The results have been mixed.

Persons charged with nonviolent misdemeanors are usually eligible for OR release, assuming they have no criminal record. Those two qualifications eliminate most jail inmates. If OR is available, the sheriff releases the defendant if the defendant promises to appear at trial.

In other words, OR release reduces an arrest to the level of a traffic ticket. If the motorist signs the ticket and promises to appear in court, the peace officer releases the motorist. The same thing applies to pretrial release. 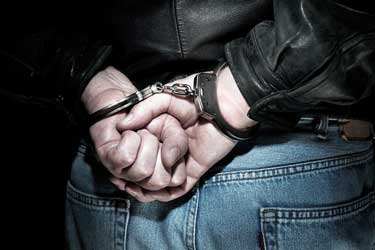 The first bail bondsman in the United States opened in 1898. Before then, cash bail was usually the only way to get out of jail before trial. Cash bail is still available today, in almost all cases.

Essentially, cash bail is like a rental property security deposit. Most landlords demand security deposits from new tenants. When the tenant moves out, assuming s/he left the property in good shape and complied with all rules, the landlord refunds the deposit.

On the plus side, cash bail does not involve a credit or background check. On the minus side, two or three thousand dollars might as well be two or three million dollars to many people.

Marietta criminal defense attorneys can write bail bonds for their clients in certain situations. But most people work with independent bonding companies. Most of these companies charge about a 15 percent premium.

Typically, the sheriff sets presumptive bail amounts based on the nature of the offense and the defendant’s criminal record. If that amount is too high, or if the sheriff does not set bond for some reason, a Marietta criminal defense attorney can demand a bail reduction hearing.

The Eighth Amendment guarantees reasonable bail in criminal cases. The aforementioned two factors are usually insufficient to determine what a “reasonable” bail should be in a certain situation. At the arraignment, which usually occurs about forty-eight hours following the arrest, the judge considers many additional factors, such as the defendant’s:

These factors are geared toward the defendant’s appearance at trial. The two presumptive factors are not. In fact, there is some evidence that people who have been in the system and face serious charges are more likely to face those charges in court.

Marietta criminal defense attorneys and prosecutors often reach out-of-court settlements in this area. For example, the prosecutor might agree to lower the bond amount in a DUI-fatal collision case if the defendant agrees to install an Ignition Interlock Device in his/her vehicle.

Under Section 16-10-51 of the Georgia Code, it is illegal to fail to appear in court “without sufficient excuse” if the defendant received “actual notice” of the failure to appear.

As for a sufficient excuse, ignorance of the law is no excuse. Ignorance of fact, however, is different. Some Cobb County courts require defendants to appear at procedural pretrial hearings, and some do not. These rules even confuse Marietta criminal defense attorneys sometimes. Additionally, the defendant might not have known about the court date. Typically, the bonding company notifies the defendant, but that doesn’t always happen.

The “actual notice” defense does not come up very often. Usually, if a court bailiff called the defendant’s name in the courtroom and in the hallway, that “notice” is sufficient, even if the defendant was clearly not there.

The bail jumping law applies to all felonies and most misdemeanors. If convicted of felony bail jumping, the defendant could receive five years in prison and a $5,000 fine.

Getting out of jail sets the stage for a successful defense. For a free consultation with an experienced criminal defense attorney in Marietta, contact The Phillips Law Firm, LLC. Convenient payment plans are available.